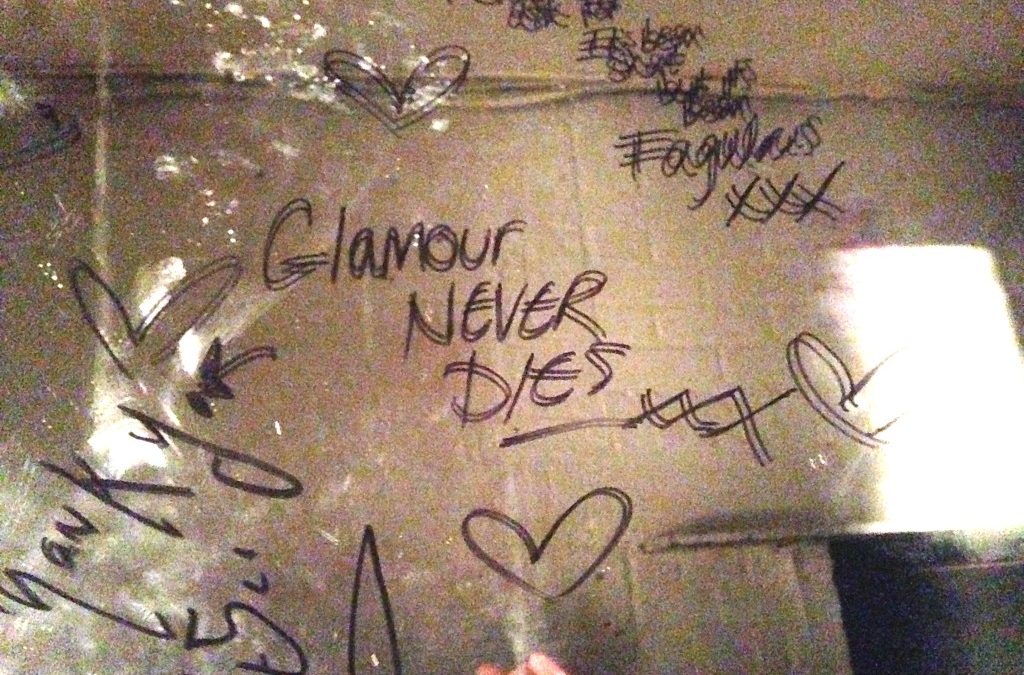 Back in 2014, Soho Estates, owners of the block containing Madame Jojo’s, promised that the iconic burlesque joint would return in “a couple of years” following its premature closure; the place was shuttered after its licence was revoked due to a violent fracas but Jojo’s was scheduled to be closed in summer 2015 regardless. The keen mathematicians among you will therefore be expecting to see at least some sign of progress more impressive than a large poster now that the big hand on the clock reads “2016”.

And progress there is, of a sort. John James, the biggest cheese at Soho Estates, spoke to London Live last week and this is what he had to say.

The future of Madame JoJo's: the owner of the legendary nightspot discusses it's future – more on London Live News https://t.co/NdKjezmUSW

Here’s what he said:

“We are going to rebuild the site in which there is already The Box…We are going to reconfigure the area in which Jojo’s used to operate because it’s had its shelf life. It wouldn’t pass muster in a modern building concept so we’re going to build a bigger and better basement club which is going to re-appear as Madame Jojo’s.”

“But it won’t be the sad Madame Jojo’s, nostalgically romantic Madame Jojo’s, a success of several years ago…it will be a new thing. What Soho is brilliant at is re-inventing itself and it constantly does and its re-invented by young enterprising people with ideas and creativity and they bring this to Soho. All we do is say is ‘there is a new venue, there’s Madame Jojo’s.’

(bold emphasis our own)

If the message from Soho Estates (“reconfigure…re-appear…new…recreate…”) isn’t clear enough, here is their mission statement:

“The management team understands the ‘village’ in which we operate and reacts accordingly. We understand the requirements of our tenants and have helped in times of recession to maintain their cash flow and keep the small businesses of Soho thriving, whilst also helping some businesses to grow into major concerns.”

(bold emphasis our own)

Reading between the lines, it is very clear that what we knew as “sad Madame Jojo’s” is gone, deader than disco and is decidedly not coming back. In its place will be “a new thing”, “a centre of entertainment”. Quite what this new vaguely-defined “centre” will look like, what kind of acts it will host and when it will open is unknown. Although we suspect the marketing for the venue will mention its venerable history, not once does John James during his interview mention the kind of shows or audiences that put this corner of Brewer Street on the map.

In theory, James’ mention of “live acts” could mean a return to the drag, burlesque and variety shows of old but, given his company’s focus on “cash flow” and going by what else is happening around Soho, we have our doubts.

Down by Leicester Square, the Hippodrome Casino’s Matcham Room was rebranded a little while back as “Hippodrome Live”. In its former guise, it hosted Boom & Bang Circus featuring Jonny Woo as host and Kitty Bang Bang as a performer and co-producer as well as regular midweek doses of Polly Rae’s Soho Burlesque Club, drag variety from Velma Celli and a diverse range of international songbook artistes from Christina Bianco to Alexander Armstrong. Nowadays, the latest line-up is dominated by stand-up acts, tribute acts, tribute bands and actual bands you had entirely forgotten about.

Down the road, the Crazy Coqs will be relaunched this September as “Live At Zedel” with the United Agents talent agency taking over the programming. Last week, they said:

“Our aim is to make (Live At Zedel) more a part of Soho – to increase the late-night entertainment, to increase what happens there in lunchtime and the afternoons, and to reach out to a younger audience in general. If art forms like cabaret and jazz are going to move forward they need to attract a younger audience. That is what we do here at United and that is what we have in mind for the venue.”

Unlike Soho Estates, United Agents have at least mentioned the kind of art forms they hope to have more of at the new Live At Zedel: theatre, comedy and literary events. If none of that looks to you like the Crazy Coqs’ current fare, you would be right. Whether the new look joint will have space for the controversial annual London Festival of Cabaret and stars like Barb Jungr, Jim Caruso, Bryan Batt, Christine Bovill, Liliane Montevecchi, Miss Hope Springs, Eve Ferret and Anne Reid is unknown.

Meanwhile, over in Camden, the Black Cap’s latest lessees Ruth & Robinson are doing anything but mentioning the L-word. Rather than play up the live entertainment angle, they’re all about creating “a unique, distinctive and vibrant drinking establishment which is welcoming to the whole community” unlike every other new London pub. The current plan for the historic LGBTQ boozer will see bar areas on the ground and first floors, with function rooms on the second floor.

Let’s be clear about something: neither Madame Jojo’s nor the Black Cap died a natural death. They were hosting shows in rude health right up until the day they were abruptly shuttered, shows that have gone on to flourish elsewhere around London. Whether going under the guise of gentrification or, as James prefers to call it, dynamic change, it’s hard to escape the suspicion that they were killed in cold blood by corporate greed.

Both venues will be doubtless back at some point, possibly this year. There may be a similar façade and a similar postcode but that will be about the only connection with their past selves. The qualities that made these two iconic venues milestones in cabaret and LGBTQ history are highly unlikely to return for the foreseeable and what these re-animated venues will actually look like and who they will be aimed at is anyone’s guess.

If cabaret is pushed out of Soho and Camden, it will arguably be more of a loss to those areas than the cabaret scene as a whole. There are new joints popping up all over London and a never-ending stream of great new shows – here a House of Q, there a Gin House Burlesque – it seems that these days it matters less where you stand and more what you stand for.

Image: Ben Walters as featured in his “Inside the squatted Black Cap”