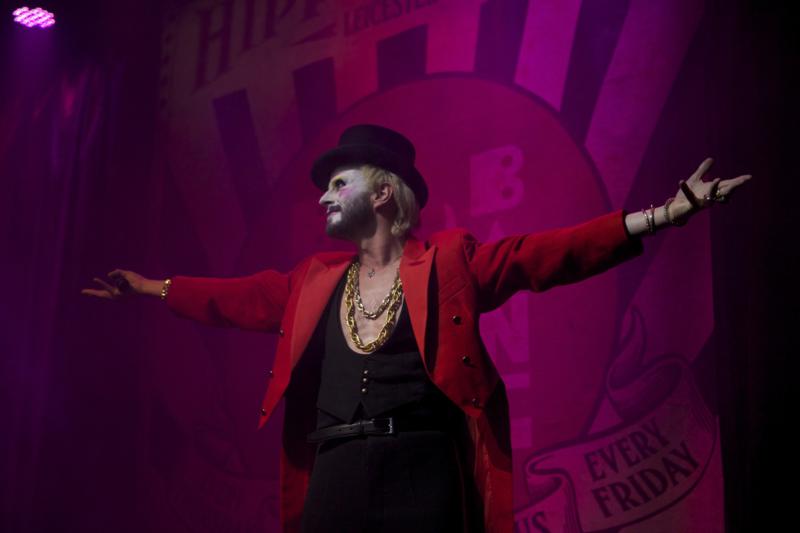 Better than the old thing: two members of the defunct Boom Boom Club are outshining their past. 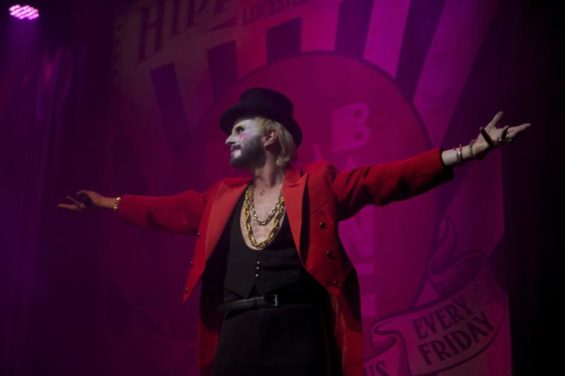 Jonny Woo, the drag diva in high heels and one of Boom & Bang’s MCs

Over the last few years, the Boom Boom Club epitomised the burgeoning London variety scene. On the one hand, they produced one of the finest supperclub experiences under the banner of La Rêve at the prestigious Cafe de Paris; with the other, they created fantastic nights of entertainment at venues as distinguished and dissonant as the Royal Albert Hall and the Old Vic Tunnels.

That’s all history now as the Club members have gone their own way. Two of them, Bioux Boom and Kitty Bang Bang, have set up shop at the Hippodrome Casino’s Matcham Room, a stone’s throw from the Cafe yet a gaff of a very different character. Although the venue is smaller, the show is faster paced than the average supperclub setup and is hence a tighter and punchier affair than La Rêve and its successor The Black Cat Cabaret.

The wide stage means everyone has a great view of the action, and what action! In true Boom Boom fashion, on any given night the all-killer no-filler bill is crammed to brimming with quality. Prepare to be teased, taunted and shocked by a revolving cast of globetrotting stars including Jonny Woo, Kiki Kaboom, Le Gateau Chocolat, Frank Sanazi, Katharine Arnold and Jess Love backed by a coterie of rising stars.

We’ve held back a little while from seeing Boom & Bang. Why? Some shows have a blockbuster cast on the official press night yet provide middling names thereafter (no names, no packdrill). It is also important for any new major show to bed in and adapt to a new environment and audience.

Boom & Bang have certainly adapted. After an initial set of shows starting at midnight, the stage time has been brought forward an hour to 11pm, a far friendlier time for those looking to get home on public transport. Prices are also very reasonable for this area and a show of this length (around ninety minutes) with seats starting at £5 and rising to £20 if you want to recline in one of the booths. In comparison, the average cost of a top-price West End theatre ticket is now a jaw-dropping £81.

We’re glad we did wait because, going by its current form and in terms of both Thursday and Friday night cabaret kicks, Boom & Bang has definitely become the one to beat.

Boom & Bang continues on every Thursday and Friday and is taking bookings through to 31 May. More information can be found here.