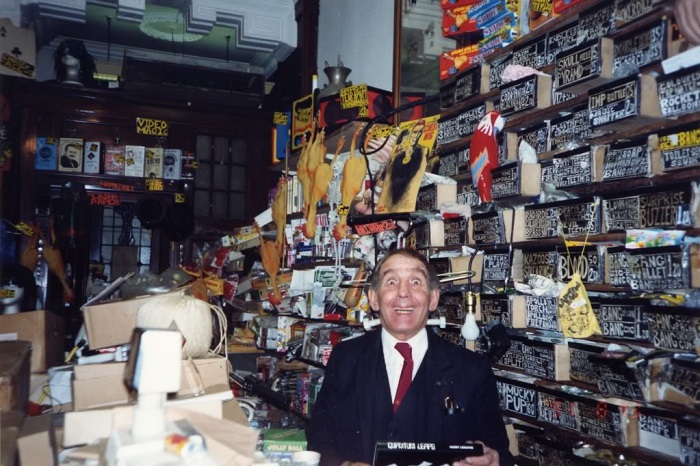 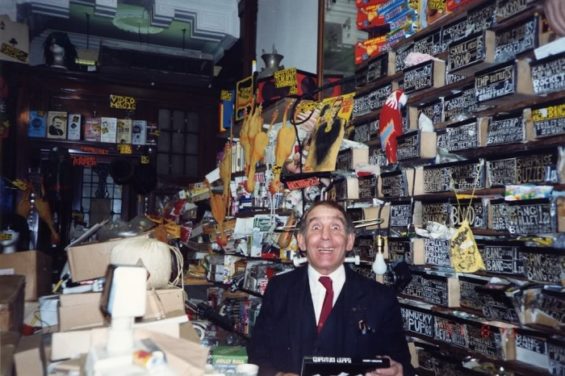 The escapologist and magician Alan Alan in his Holborn shop.

Very few performers around the world can respectfully be spoken of in the same sentence as American escapologist Harry Houdini. Born a month after the maestro died, the London-born Alan Alan who died this weekend is one of them.

A measure of his skill and luck is Alan’s longevity, dying as he did at the age of 87. This is something of a minor miracle considering how his career came to public attention in 1949. Aiming to reproduce one of Houdini’s most notorious escapes for Pathe News, Alan was bound and then “buried alive” in a grave. As a recent TV tribute shows, his enthusiastic helpers packed the earth over him too tightly and Alan had to be frantically dug out.

From this small failure, many successes followed. Although he was a skilled close-up magician, Alan was unafraid of grand-scale performances. Again filmed by Pathe News, one of his own creations saw him go one better than his inspiration. Another famous Houdini routine saw him escape while bound in a straitjacket and hung upside down from a rope. Alan added his own touches by dousing the rope in petrol and having it attached it to a crane before the rope was set on fire. On one occasion, the rope snapped and he fell to the floor.

If you think Johnny Cash has the monopoly on noteworthy prison gigs, think again. In 1959, Alan entertained a “captive” audience at London’s Wormwood Scrubs jail. To the likely delight of the lags there (and perhaps less so their guards), the magician demonstrated how to escape from handcuffs, how to wriggle out from chains and ropes and how to get out of any type of knot.

In later life, Alan opened up his own magic store. Situated in Southampton Row in Holborn, London, it attracted magic fans from around the world until it closed in the mid-1990s. Michael Palin popped in almost thirty years ago and recorded the event in his diaries.

I stopped at Alan Alan’s Magic Shop in Southampton Row, where I was served by a small, neat, be-suited gentleman with an arrow through his head. Quickly and efficiently he demonstrated an extraordinary variety of bangs, squirts, farts and electric shocks as if he were selling nothing more exciting than a coal scuttle. Little children watched in awe as their fathers idly toyed with a pack of sexy playing cards only to receive a sharp electric shock from the pack.”

When not demonstrating and selling tricks or being brusque with tourists, he coached a new generation of magicians. Among them was three-time winner of the Magic Circle’s Close-Up Magician Of The Year, Michael Vincent. Before his mentor passed away, Vincent paid the following tribute to him.

“There really hasn’t been an escapologist with a flair for the dramatics like Houdini other than Alan. In some cases, I think Alan had the edge. Why? Because of television. Houdini had great self-promotion and Alan was identical. In the context of showbusiness, I think he is one of the greatest entertainers and speciality acts of all time.”

Alan was never long out of the limelight, though. In 1979, he appeared on The Magic of David Copperfield where he was fittingly billed as “The British Houdini”. On the show, Copperfield described Alan as “my guest and my friend…someone I’ve idolised since I was a boy”. Here he is on the show performing his signature burning rope routine. (Apologies for the cheesy voiceover.)

More recently, he starred on Simon Drake‘s Channel 4 show The Secret Cabaret. Drake has written his own touching tribute to a man he knew for more than four decades.

“Our dear friend Alan Alan passed away last night. I knew him for over 40 years and he was not just a truly great and innovative performer but also a valuable teacher in the craft of magic and a generous, kind man. Along with the other professional magicians pictured below I benefitted greatly from Alan’s constructive critiques. He knew and passed on to us lucky few the old ‘rules’ of stagecraft; timing, beats, pointing and much more that most young bucks have no clue about these days.

“He described those unfortunates as ‘nonentities’ who would just buy a trick and go out and perform it the next day. A fortunate handful of us who listened, owe him a great deal of thanks, love and respect. I am feeling especially sad for and send warmest wishes to Mike Vincent who was like a son to him. Alan patiently coached Michael from a lad to become one of the greatest sleight of hand practitioners on the planet. I also feel a sense of relief that he is now free and at peace having painfully and most frustratingly for him waited for ‘the ferryman’ for a long time.

So long dear fellow ….until we meet again. “