In Pictures: the Final Show of La Rêve 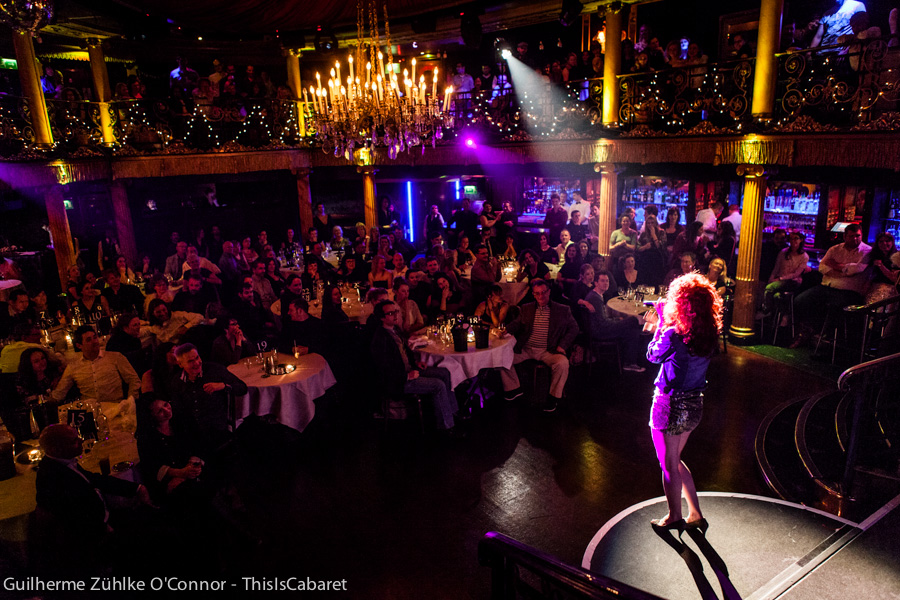 The dream is over. La Rêve played its last engagement at Café de Paris on November 23rd. No need to pinch yourself, though: Gui O’Connor was there to capture Laurie Hagen, Sarah-Louise Young and other vaudevillians at their naughtiest. It really did happen, and here are the photos to prove it.

From the tables or from the mezzanine, the crowd can’t get enough of Sammy Mavis Jr.

Presto! Close-up magician Laura London was on fire at the last La Rêve

Like every other La Rêve date, the final show started with a vintage dance routine by flapper combo The Bee’s Knees

Rising star: The stage is not enough for Laurie Hagen

Sammy Mavis Jr. (AKA Sarah-Louise Young) enlists the help of a gentleman to keep her dress in place throughout her act

“You want me to play what?” Pianist Michael Roulston prepares the second half with La Rêve’s stage manager Maud Young

From the tables or from the mezzanine, the crowd can’t get enough of Sammy Mavis Jr.

If La Rêve was a dream, what better place to chill out afterwards than the beds of the VIP lounge?