Is This The End For Another Major Soho Cabaret Joint? 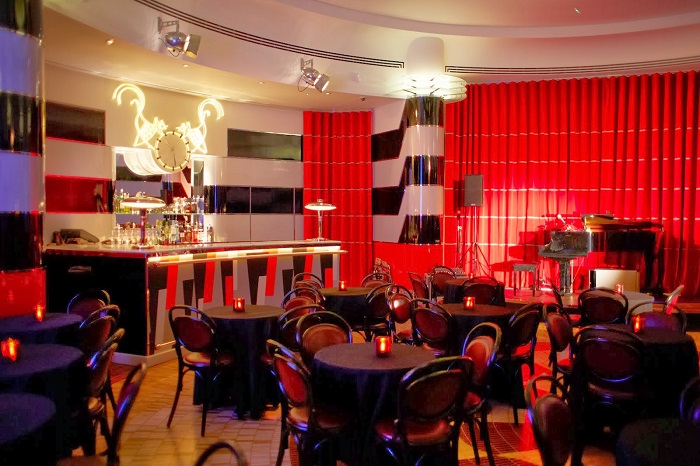 We may be only six weeks into 2016 but it looks like another established Soho cabaret space may be heading for the exit, at least in its current form.

The Crazy Coqs Cabaret & Jazz Club is one of the few remaining rooms in London that has dedicated its bill almost exclusively to songbook cabaret. In September, it will be relaunched as Live At Zedel with the United Agents talent agency taking over the programming.

Based in restaurant Brasserie Zedel just outside Piccadilly Circus, the rebranded space will expand its schedule to feature shows throughout the day including matinees and lunchtime shows. As part of the takeover, the space will be opened up to theatre, comedy and literary events as part of a plan to target younger audiences. Quite how much of the Live At Zedel programme will be given over to songbook artistes has not been revealed nor whether its diminished focus on cabaret will mean it will be able to attract the same calibre of performers.

The move is being headed up by Alex Fane whose management company was taken over by United Agents last year. He has a long relationship with the venue: he started working at the age of 18 as assistant maître d’ at Brasserie Zedel before moving over to manage the cabaret space. He wants to make more viable use of the room.

“With only 80 seats in there you have to use it more than one or twice a day,” he said, adding that he wanted to expand both the venue’s reach and its programme.

“The Crazy Coqs has definitely established itself as one of the foremost venues for cabaret in the UK. It’s got a great name for that and we definitely don’t want to undo any of the hard work that has gone into that.

“Our aim is to make it more a part of Soho – to increase the late-night entertainment, to increase what happens there in lunchtime and the afternoons, and to reach out to a younger audience in general. If art forms like cabaret and jazz are going to move forward they need to attract a younger audience. That is what we do here at United and that is what we have in mind for the venue.”

Fane has suggested that the venue could be used by music acts that want to perform acoustically and by theatre companies that require a smaller set-up, such as those looking for a venue prior to a run at a festival.

“You can’t fit a lot in, but smaller theatrical set-ups could work really well,” he said.

Fane also emphasised how the programme would be open to artists not represented by United Agents, but said its own talent roster would be exploited.