All About Eve: Eve Ferret at Crazy Coqs 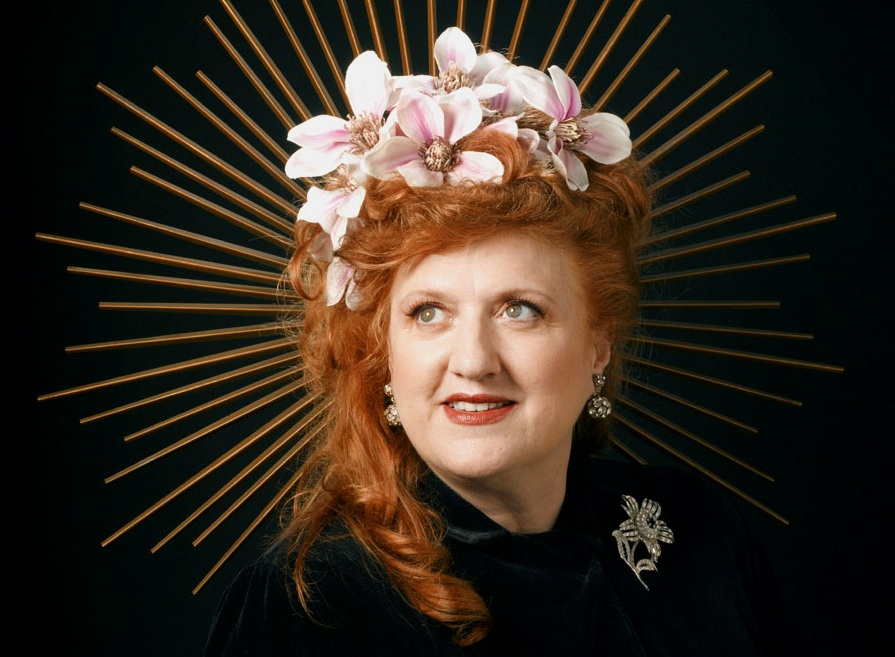 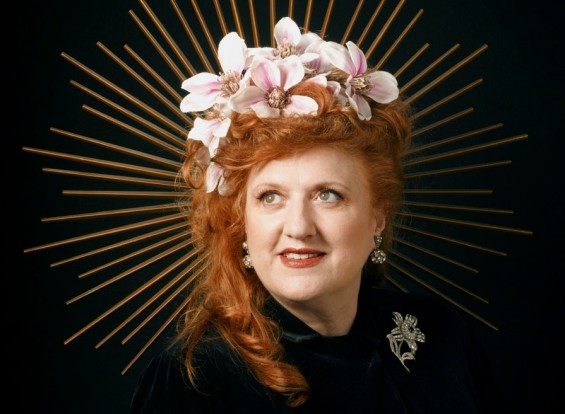 Eve Ferret: “singer, actress and in pursuit of happiness for all”

Ms Ferret and I have history.  Thirty years ago, I used to organise annual compulsory-fancy-dress Christmas parties for the architectural firm I worked for, and Eve sang at most of them usually dressed in the sort of basque and suspenders outfit that, in the pre-Ivy Paige eighties, was considered beyond daring.  My favourite memory is of her post-dinner opener, crawling across the table on her hands and knees to grab my starchy boss by the tie and sing, an inch from his face and with her boobs grazing his Black Forest gateau, Kiss Me Honey Honey Kiss Me.

Whilst I wasn’t expecting a reprise of the same item, I was therefore prepared for Ferret’s sense of outrageous fun which has accompanied her across the years and underpins an anarchically random cabaret set.

For a woman with such a big voice and personality, she has a remarkably slender online profile: no website, few reviews, but her Facebook strapline reads: “singer, actress and in pursuit of happiness for all”.  It’s both true and infectious. From her gig at Crazy Coqs you could also add poet, philosopher, peignoir model, puppeteer and trainee crowd surfer.

From her overflowing toybox of ideas, Ferret tosses them – in some cases literally – over the heads of the audience without seeming to care how they land.  It’s hard to describe but one of the funniest moments is when she sings a parody of an Edith Piaf song whose lyrics are mostly about types of peas before scattering the crowd with an expensive hail of mange tout.

When she allows it free rein and doesn’t throw away the line endings, her singing voice is lovely: there are traces of Barbara Dickson, who she facially resembles, and in her best number Scars by Fran Landesman and Simon Wallace, she’s close to the jazz phrasing of Diana Krall.

It’s a long set, two hours including an interval, which is both generous and untidy: it’s as though Ferret is unsure of her direction as a performer and wants to incorporate comedy, narrative, rap, blues, jazz, soul and funk into the same solo show.  For this, she needs an “act doctor”, a director who will help her sift the huge range of material of which she’s capable and set it in some kind of order, although keeping Let’s Talk Dirty To The Animals as an encore is a given.

In the intimate formality of the room at Brasserie Zedel, I’d love to hear her sing more standards, and definitely with a piano rather than just Roddy Matthews’ undeniably virtuoso guitar accompaniment. Her sometime collaborator, the impeccable pianist and arranger Simon Wallace, would be ideal: he has a touch on the keyboard to make strong men cry and so, I believe, in the right setting does Eve.

Chatting with Crazy Coqs impresario Ruth Leon at the interval, it’s clear she’s also a Ferret fancier, so a return date is surely on the cards.