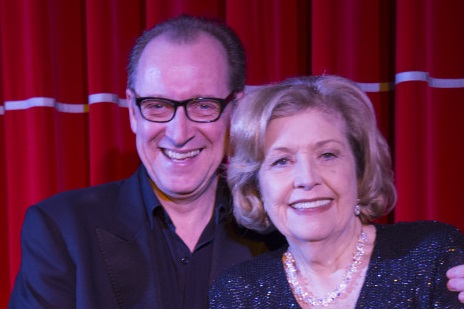 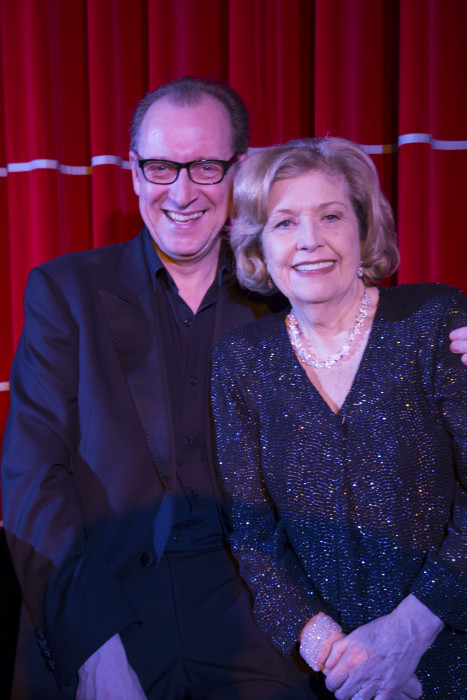 Anne Reid’s father was a foreign correspondent for the Daily Telegraph, reporting from India, Iran and Lebanon. She says she likes journalists, as long as they don’t write anything nasty about her.

Spending an evening in her company at Crazy Coqs it would be impossible to harbour nasty thoughts about Reid – she is likeable to the point of, well, hugely likeable, natural and unstaged. At 79 and three-quarters she is vivacious, clear-eyed, sharp-minded and delivers not just one hell of an anecdote, but twenty – without staring down the audience like certain well-known Dames going “aren’t I marvellous for my age?”  She’s marvellous for any age.

And she sings. Annie, darling, the room loves you, the TV audience falls at your Last Tango in Halifax feet, everyone is jealous that at pushing 70 you boffed Daniel Craig in The Mother and made it seem he was the one that should be grateful. You don’t have to jump through the singing hoop of fire too.

That she has an occasionally flirtatious relationship with melody would matter more if she were delivering a tribute act to her hero Barbara Cook, but is forgiven here when she’s excavating, with co-conspirator Stefan Bednarczyk, the archive of Betty Comden and Adolph Green, Broadway’s longest and most mutually-exclusive songwriting partnership who crafted more stage and movie musicals than Rodgers and Hammerstein.

Comden and Green wrote lasting standards like New York, New York and Singin’ In The Rain but most of their back catalogue is contextual to the musicals from which they came, and must therefore be embedded in explanatory narrative which is fascinating to musical and movie buffs but might need editing for more general audiences. Although the state in which André Previn discovered Dan Dailey at the press screening of It’s Always Fair Weather is a gem which must never be cut.

She’s such a natural raconteur with a gift for the self-deprecating remark it’s astonishing she’s not a stalwart of the TV chat-show circuit – although allegedly she has no time for Jonathan Ross – but for sure Graham Norton would let her shine.  In her 2013 cabaret at Crazy Coqs and later at the St James’s she told more personal anecdotes, and I have a feeling the audience would like even more, although her luck in meeting fleetingly both Adolph Green and an in-her-dotage Betty Comden is delivered as a delightful aside.

Bednarczyk has some great moments with a couple of songs which might today be relevant to the banking and tax dodging fraternity, especially Capital Gains (Swing Your Projects) from the rarely-revived Subways Are For Sleeping and from which Reid also swung Comes Once in a Lifetime.

She takes If You Hadn’t But You Did at half the speed of Maria Friedman but with more effect, delivers three numbers from Bells Are Ringing which confirm what a tremendous musical it is, and harmonises beautifully in Some Other Time the lovely valedictory song which closes On The Town.

I don’t want to harp on about age, but it is an astonishing performance when you recall that Anne Reid was born the same year as Elvis Presley.  Now there’s an idea for a cabaret evening.

Please note that all performances in the current run are sold out but an extra week has been added from 28 April 2015 as part of the London International Festival of Cabaret.