Is This The End For Madame Jojo’s As We Know It? 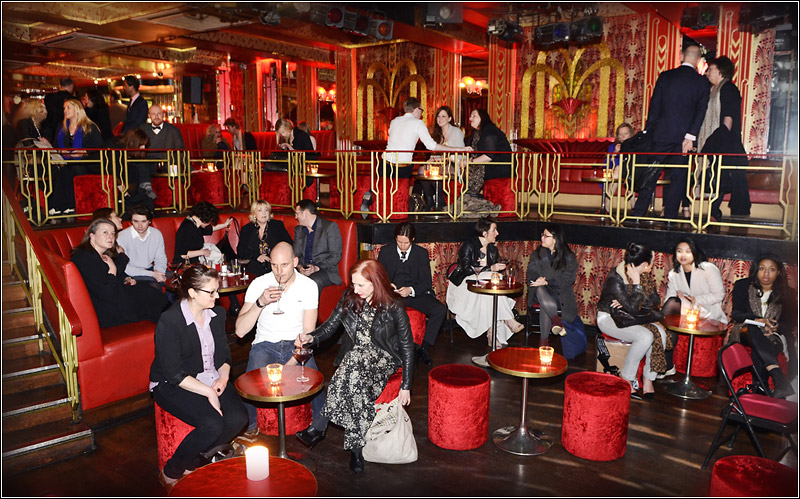 Just after midnight on Friday 24 October, security staff at legendary Soho venue Madame Jojo’s and sister club Escape were involved in a violent incident. As seen on CCTV, bouncers pulled baseball bats hidden in black bin liners to take on assailants throwing glass bottles at them. At one point, Madame Jojo’s security manager held someone against a wall so that the burlesque club’s taxi operator could punch him “numerous times.” Members of the public were caught in the crossfire with several hurt by the flying bottles; one received a one-inch cut to the rear of his head.

Here’s the initial police record of the night’s happenings. 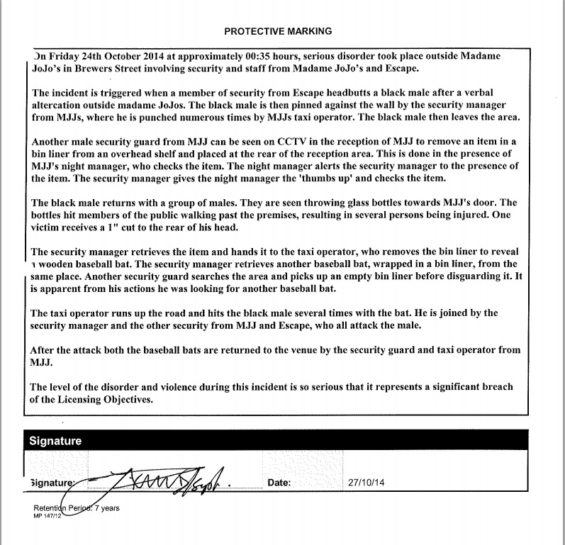 After talking to some of the night’s participants, the police filed another more considered report and Madame Jojo’s licence was suspended pending appeal. 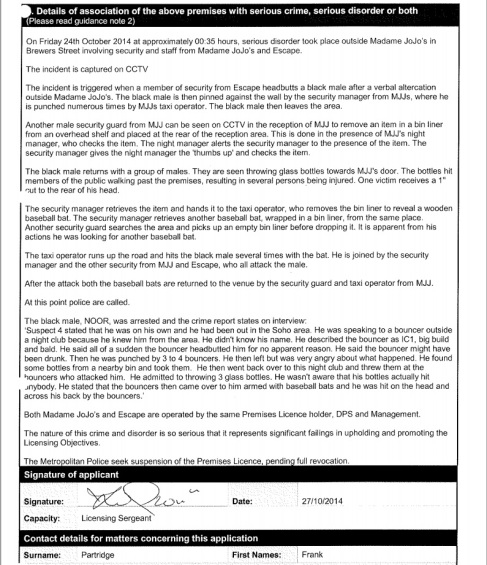 The appeal was heard this morning. Despite the venue having made personnel changes to appease the council, Westminster council upheld the suspension. Madame Jojo’s events manager Walt Utz has broken the news to staff and producers and signalled his own departure on Facebook.

Whether the Soho joint will appeal today’s result is unknown. Such a path would neither be quick nor cheap and could hinder any potential sale or transfer. The fate of long-running shows there like Cabaret Roulette, House of Burlesque, Magic Night, The Folly Mixtures, Finger In The Pie and Tranny Shack is unknown.

Madame Jojo’s is not the only place under threat of financial worries or closure in London’s cabaretland. Questions have been raised over the sale of the Royal Vauxhall Tavern and its upcoming partial conversion into a wine bar. A number of Proud Cabaret companies including Proud Cabaret Brighton Ltd and Proud Cabaret City Ltd were wound up in 2013 subject to an internal re-organisation.

Ladbroke Grove’s Supperclub closed its doors last year, as did east London’s The Brickhouse and Volupté though the latter has returned with a limited number of shows. The Joiner’s Arms are not renewing their lease and will close their doors for good next January. Even the high profile purveyors of theatrical cabaret at The Box who charge thousands of pounds per table have been reported as being millions of pounds in debt.

Watch this space for more as we get it.