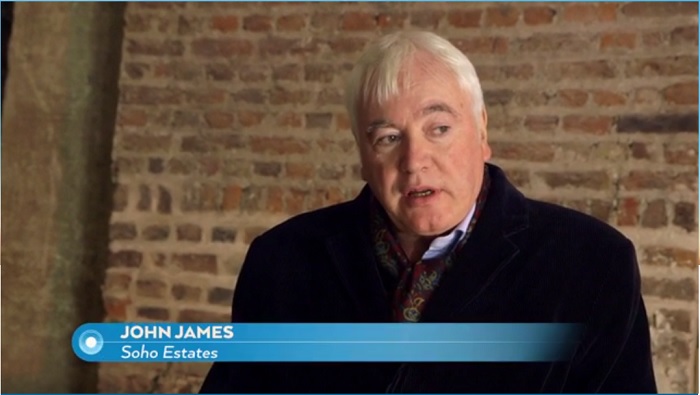 What lies ahead for Soho? Recent plans approved by Westminster Council suggest that the area’s historic buildings and businesses will soon be swept aside to be replaced by offices, chain retail outlets and high-end accommodation. While some may describe this as gentrification, it seems that John James, managing director of Soho Estates and owners of the Madame Jojo’s venue, prefers to call it “dynamic change”.

Following Madame Jojo’s untimely demise last year, Soho Estates came under a harsh spotlight. More than a few felt that the company could have done more to keep the place open; a “funeral” march held after the closure made a point of stopping outside the Soho Estates offices.

Others decried the company’s plans for the area: the proposals approved by Westminster Council detail demolition and building alterations to make way for offices, shops and only one cabaret joint, the infamous and exclusive Daily Mail bête noire The Box.

Soho Estates reacted by putting out a statement soon after, saying in December that, as well as The Box, there were plans for a new theatre and a resurrected Madame Jojo’s. No firm timescales were mentioned but London could look forward to seeing an updated version of the burlesque club “in a couple of years”.

Not long after, singer Tim Arnold spearheaded a Save Soho campaign drawing attention to how the zone was being changed through closures and redevelopment. He was soon joined by Stephen Fry as co-chairman and the likes of Benedict Cumberbatch, Mitch Winehouse and Idris Elba among others signed up to a petition sent to London Mayor Boris Johnson. Arnold, otherwise known as the Soho Hobo, has continued to highlight the changes in the area, visiting the now-defunct 12 Bar with Russell Brand and this week taking Johnson on a tour around the neighbourhood.

In a brief interview this week with the BBC’s Ade Adepitan, Soho Estates managing director John James discussed the future of the capital’s red light district.

Ade Adepitan: Do you think Soho is going to become too clean-cut, too sanitised, too corporate?

John James: I hear this, it’s a nonsense. This is called dynamic change. This is what I think Soho does. I don’t do it. I don’t think any other landlord or major occupier does it. The venues re-invent themselves.

Ade Adepitan: Who is the Soho of the future for?

John James: The same people it’s for today. It’s for young people who can’t afford a drink, it’s for rich folk who can eat and dine in nice restaurants, average folk who want to go to the theatre, it’s for anyone who wants to walk the streets, it’s wine, dining, entertainment, sex and rock ‘n’ roll. That’s what it’s for and I can’t see it ever changing.

The whole interview can be seen here.