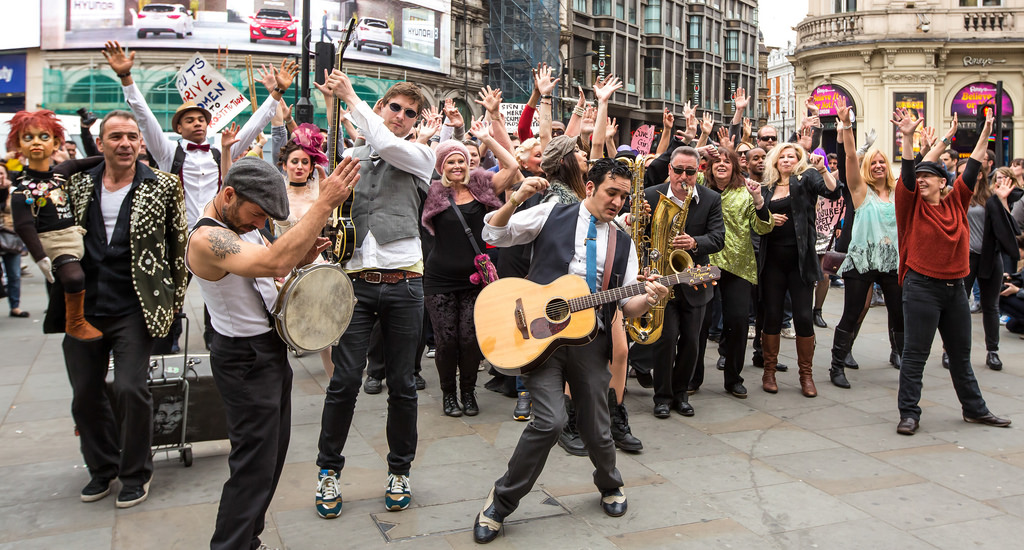 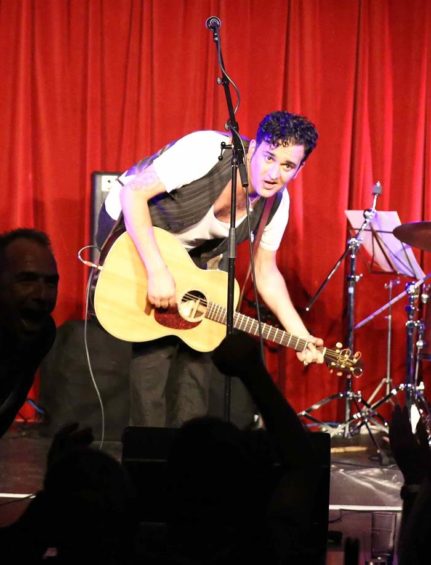 Tim Arnold aka The Soho Hobo

I didn’t fancy the chances of The Soho Hobo (aka Tim Arnold) for two reasons. I had been to a vodka tasting in Clapham the night before.  There was only one vodka but I did a lot of tasting.  Secondly, I have seen The Look of Love, the tedious slop about Paul Raymond and his seedy Soho empire.  I admit that not even a slew of good reviews and the amusing earworm The Picadilly Trot bolstered my enthusiasm as I took my, terminally uncomfortable, seat in The Soho Theatre amongst an audience that clearly knows its niche.  Paul Jobling and David Crowley called the mod subculture a “fashion-obsessed and hedonistic cult of the hyper-cool” young adults and I’m sitting among those same youths 50 years later with their elaborate coifs, narrow lapels and outlandish behaviour.  Clearly specialists of the genre, I rather felt like I had stumbled across the Chinese restaurant where all the Chinese people eat.

A warm-up by actor and the Soho Hobo’s emcee Jud Charlton opens the show and goes down a treat with the nostalgics as he introduces his eight-strong band. Among them is an exceptionally attractive all-female brass section which beg the question of whether there is anything sexier than a trombonist in a LBD pulsing her embouchure against the mouthpiece of a fully extended trombone?  They make glamorous pop quartet Scala look like office girls around an Essex water cooler.

The sound of the ensemble playing with frontman Tim Arnold is exceptional.  His original songs have a distinctive “London” flavour with modern influences keeping them fresh. Local and historical references add interest and emotion. Throughout all the numbers is a feeling of real joy from the musicians – there is a real sense that this is what they love and they’d probably be doing it even if the audience hadn’t turned up.

Arnold is joined on stage by a selection of guests.  The Windmill Theatre’s (in)famous fan dance is revived by Miss Giddy Heights who concocts an elegant and coquettish display as Arnold sings a sultry accompaniment. Lenny Beige, whose wig needs its own dressing room and his eyebrows their own show, joins Arnold for a duet he almost knows the words of.  “Godfather of Swing” Ray Gelato performs Bar Italia, written by Gelato and performed with Arnold for the first time tonight in a lively display of Anglo-Italian revelry.  Soho Sunset is a beautiful duet that reminds me of early Beautiful South. Eastenders’ Jessie Wallace – Arnold’s offstage partner – channels that romance into a fine display of onstage chemistry. The final guest is the Olivier-nominated Tracie Bennett who seems to channel Judy Garland (it is the 45th anniversary of her death, after all) in a performance that sees the Garland enthusiasts in the audience weeping with delight at the ends of their rainbows.

My favourite moment comes when Arnold performs Little London Lou, a stripped back lyrical number about his friend Louise who sadly died from drug misuse.  The song is all love and sadness while also celebrating a soulful, warm young woman.  The proceeds of this song help The Angelus Foundation and copies can be bought online.

The Soho Hobo is musical Prozac and a must-see for anyone wishing to revive their love affair with London.  There’s none (or at most very little) schmaltzy reminiscing that haunts this era, just genuine passion and heartfelt entertainment.  At the very least, you’re guaranteed a case of the Piccadilly trots – trot! trot! trot!