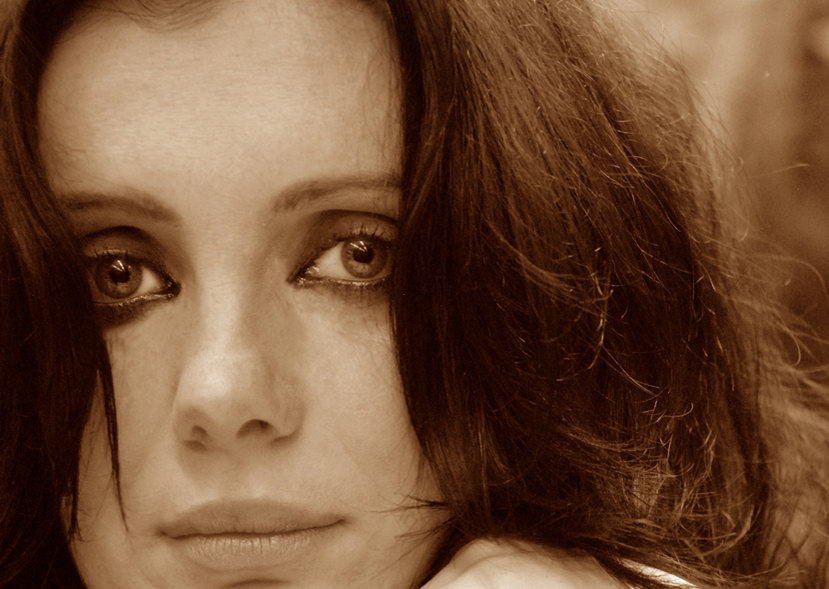 Edith Giovanna Gassion known as Piaf died when I was ten. There can therefore be few audience members for tribute performances who heard her live other than those whose parents also carried their half-sleeping forms to a late concert.  Yet as a performing icon she endures in the same way that perhaps only Judy Garland, another avid exploitatrice of the shaky and occasionally uncontrolled vibrato, shares.

As a Piaf fan, I’ve seen a lot of impersonations: Jane Lapotaire – good at the French, not so hot on the singing but paired in a fantastic double act by Zoe Wanamaker as her best mate Toine, in Pam Gems’ 1978 play for the RSC.  Caroline O’Connor, gamine of haircut but impossibly strident of voice: although Edith had a naturally loud vocal her weakened heart would have burst in her chest if she’d belted so forcibly for two hours. Elaine Paige, over whose curiously genteel Home Counties housewifely performance a veil should be equally politely drawn, and Elena Roger’s more sharp-elbowed and sharply-observed guttersnipe in the most recent revival. Canadian chanteuse Joelle Rabu is possibly the best live francophone interpreter of Piaf’s lower register and Marion Cotillard’s Oscar-winning move version bears inter-cutting with Piaf’s own archive footage.

Christine Bovill has had five-star reviews in a succession of tents and fringe venues at the Edinburgh Festival so it’s a pleasure to see her framed in the art deco surrounds of Crazy Coqs, a room more intimately glamorous than those in which Edith herself often entertained as even at the height of her fame she clung faithfully to the cavernous smoke-filled Olympia and Bobino music halls.

She may not have been at her best: the room was noisy with latecomers and a tray of spilled glassware took a long time to clean up.  Her pianist told me Christine’s asthma may have been exacerbated by the Saharan dust currently clogging the London atmosphere, but her entries were less clean than on her recordings, and she scooped notes Piaf would have hit dead centre.

Bovill’s trills are accurately placed forward in the mouth whereas many impersonators wrongly attribute a gargling uvular rolled “r” to Piaf, and she measures the notes very similarly to the original.  Her voice is naturally husky, but where Piaf’s vibrato seemed to erupt volcanically from excitement in telling an impassioned story through song, Bovill’s feels more constructed and it was only when she reached the moment in Milord where the patron breaks down “mais vous pleurez Milord” that I felt a genuine emotional connection.

The repertoire is classic, all the famous set-pieces are here from bal musette to chanson réaliste with strong versions of L’Accordéoniste and La Foule: in the utterly familiar like La Vie En Rose or Je Ne Regrette Rien there’s a danger the audience may join in.   She sings mostly in French, as befits a former teacher of the subject and if it feels a little less magical when she breaks into English, that’s because the translations Piaf worked with for her American tours were generally dreadful.

For her narratives, she is unapologetically a well-nourished girl from Glasgow who bears no physical resemblance to the fragile Parisian sparrow.  It’s honest and refreshing but I felt there might have been an opportunity to draw parallels between the lives of working class Scotswomen and working class Parisians that she didn’t consider. There were few stories the audience had not heard before, except perhaps that Piaf only had Je Ne Regrette Rien for three years before she died, yet it’s unmistakably the hallmark of her work.

Bovill is abetted by the remarkably talented pianist and musical director Michael Roulston.  It’s not a permanent arrangement but for her London concerts he works from chords and improvises quite brilliantly.  The vigorous arpeggios with which he punctuates her songs are a fabulous blend of Pigalle café and Carnegie Hall, although there’s a slight tendency to make some of the pieces a bit martial and listening again to the more graduated underscore of Piaf’s greatest anthem in the Cotillard movie might prove an inspiration.