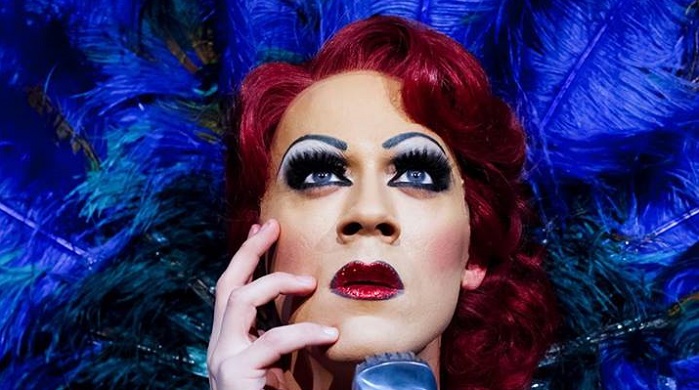 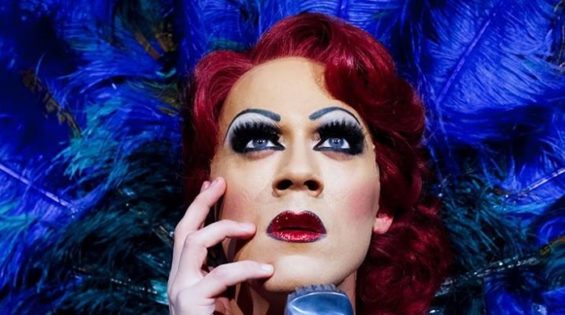 Where can you find a show that celebrates musicals, jazz and pop culture, hosted by a drag queen in all her 6’8” glory? Come to the Hippodrome Casino and see for yourself.

The Velma Celli show is a regular at Hippodrome Casino’s cabaret room and is arguably the classiest drag cabaret in London (despite some jokes about what goes on between a drag queen’s legs). The production is the brainchild of Velma Celli’s alter-ego Ian Stroughair, a successful singer and West End performer.

The set list reflects Stroughair’s background with a delightful mixture of pop hits, West End musical numbers and jazz classics. Celli often breathes new life into the songs, giving us a flawless mashup of Shirley Bassey’s Diamonds are Forever and Rihanna’s Diamonds, and a moving rendition of Rent’s No Day but Today which adds personal touches. Her self-referential jokes during improvisation sessions are incredibly funny, with Celli making up lyrics to the pianist’s noodling and singing about how she’s going to hit a high note as she goes.

Whilst Velma’s ability to navigate freely betweeen musical styles is astounding, her musical impressions are a hit or miss. Performing snippets from her show Divallusion with American cabaret singer Christina Bianco at this year’s Edinburgh Fringe, Velma performed And I’m Telling You I’m Not Going from the musical Dreamgirls as the late Prime Minister Margaret Thatcher, followed by a medley of divas singing songs by other divas (confusing, much?). The latter was the least successful part of the show – transitions between songs are uncomfortably abrupt, and judging from the audience’s occassional cackle not everyone gets the joke.

Minor as it may sound, Velma’s costume is one thing that really bothers me. At the beginning of both acts she comes out wearing a tearaway skirt over a sequin dress which she reveals after the first number. Despite the dramatic effect, the costume felt a bit makeshift and all over the place. A newspaper print skirt over a black sequin dress is not a good look and would fit neither a diva nor its mock-up.

Even so, The Velma Celli Show deserves merit for living up to its name by featuring a plethera of West End performers and burlesque/cabaret artists. In this homecoming performance, the show featured the alluring burlesque artist Jolie Papillon and West End actress Sabrina Aloueche. The quickfire interview session between Velma and Aloueche is fascinating, revealing little known facts about the Les Misérables and We Will Rock You star such as her ability to hold her breath for 3.5 minutes due to her scuba diving training. Velma’s charming personality also shines through, proving her talent in hosting a show and keeping the audience entertained with not just songs but also words.

Despite the occasional flaws, I left the show falling in love with Celli’s sassy personality and unique brand of camp aesthetics. No Day But Today sent shivers down my spine but it was her encore of Queen’s Somebody to Love performed bare-chested and wigless which really brings the house down. The audience had certainly found someone to love at the end of The Velma Celli Show.