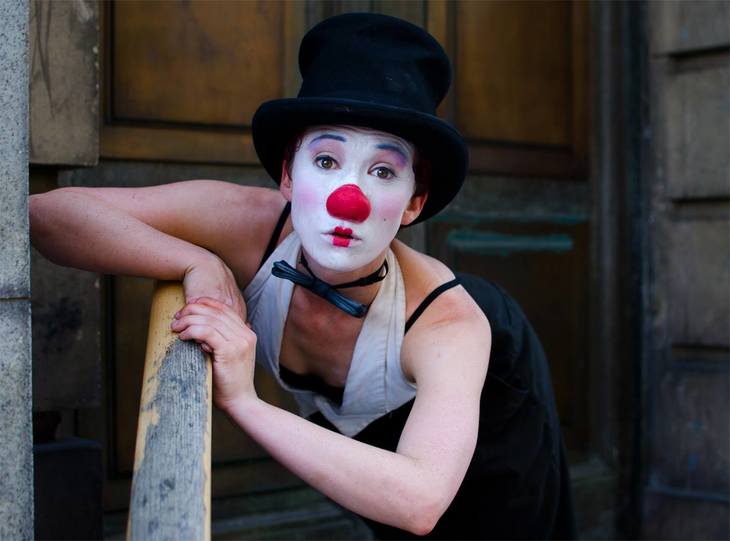 Reading media reports, you could be forgiven for thinking that London’s cabaret scene is doomed. But while there are some storm clouds, there’s plenty of sunshine ahead if you know where to look.

This time last year, you could have hung out with drag queens in Camden’s Black Cap then dashed south to see a show at the Royal Vauxhall Tavern before heading for a late night stomp at Madame Jojo’s Trannyshack.

Now? Madame Jojo’s was closed by the council last November after a violent incident, the Black Cap’s owners shut its doors in April and there’s a campaign to prevent the RVT from being redeveloped by its new owners. The reports make the future look bleak.

Despite that, the London cabaret scene has been busy over the last 12 months exploring, taking over and expanding many new spaces around the capital with events for every budget. Here are some heartening reasons not to lose hope:

The historic venue that is so good it was nominated for an award even when it was closed for refurbishment is finally throwing open its doors once more. Its mission is to host a bill of contemporary variety and, while we might quibble with just how contemporary Paul Daniels is, it has a truly eclectic programme in store this autumn.

Rebuilding work has curtailed this classic venue’s recent output but many years and £4m later, it is now getting ready to fire on all cylinders. Now that it is no longer under threat of closure or being turned into a Wetherspoons, artistic director Frances Mayhew is starting the new era with a theatrical take on twist-filled smash hit film The Sting.

Somewhere in the twilight zone between Shoreditch and the Silicon Roundabout, this meeting place of hipsters and techheads now has its own thrilling cabaret night, Cirque Noir. London’s baron of bawdy banter Joe Morose oversees a bill of circus, burlesque and sideshow every month. The next event is on 24 September.

Located just off Shaftesbury Avenue, this private member’s club is the new home for Jojo’s stalwarts Finger In The Pie. Its latest monthly production Cabaret Of The Century gets the audience to pick a random year at the end of every night which will be the theme for the next show. If you’ve ever wantedto party like it was 1936, grab your chance on 3 October. Fellow Jojo’s favourite Cabaret Roulette launches its latest offshoot Fortune Cabaret there on 18 September.

The Black Cap’s ex-assistant manager George Antony has recently found a new home in another Camden hangout where he has been joined by many of the Cap’s regular artistes. Pop along to see “Legs of London” Danni Dee, “tranny with a fanny” Holestar or assorted members of London’s infamousFamily Fierce.

While this decadent underground vault outside Holborn has hosted occasional burlesque and variety shows before — not least the famed Wam Bam Club, the iconic White Mischief balls and the mesmeric cultural mashup that is Dark Circus — it is now exclusively a cabaret joint. Or, more precisely, the London Cabaret Club’s exclusive joint. They return in autumn with a Bond-themed show, London Never Dies.

After Madame Jojo’s was shut down, its programmer Walt Utz upped and moved to this Piccadilly haunttaking with him a number of shows associated with his old employer like Kitsch Cabaret and Burlesque Idol.

The Bamboo Lounge in this east London Art Deco-styled cocktail bar is not short on booze but there’s plenty more intoxicating live diversions here throughout the year. Dirty Shame on 26 Septemberpromises to be a John Waters-inspired blend of film, gig and cabaret which will include a showing of the auteur’s Hairspray.

Punk rock vaudeville doesn’t come any fiercer than Royal Tease. The night founded by burlesque bombshell Mynxie Monroe and sassy songbird Sadie Sinner has moved from the recently closed Intrepid Fox to its new home in Holloway Road. Sideshow king Preacher Muad’Dib managed to break seven (count ’em) world records at the last show — keep an eye on the event’s Facebook page to see what the next one holds.

One of east London’s newest joints may seem quiet when you walk in. Behind its floor-to-ceiling mirror, though, you’ll find a hidden speakeasy featuring occasional nights of burlesque and sideshow. Therein, one can partake in intimate evenings like the all-girl Mini Skirt evening held in September or the regular jazz nights.

Hackney’s relaunched General Browning Memorable Order of Tin Hats Club (to give it its fullest name) in is the new home of Sleaze, the capital’s finest NYC-style burlesque and cabaret night. Co-founded by American Horror Story star and disability campaigner Mat Fraser, the no-holds-barred night will take place every fourth Thursday under the club’s gold glitter ceiling.