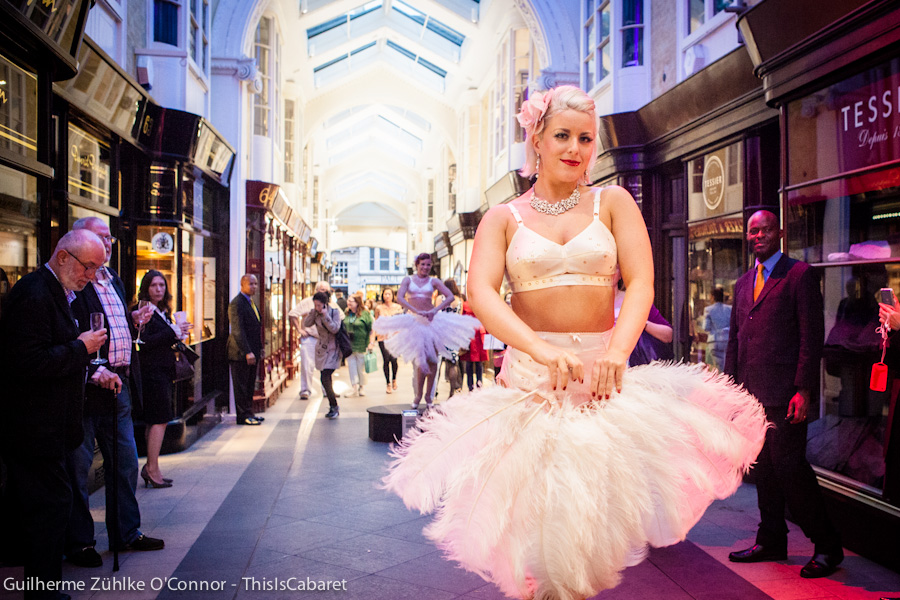 The Excess All Areas London Cabaret Awards have announced the shortlist for their 2013 awards. Who is up for a gong and should we have awards at all? 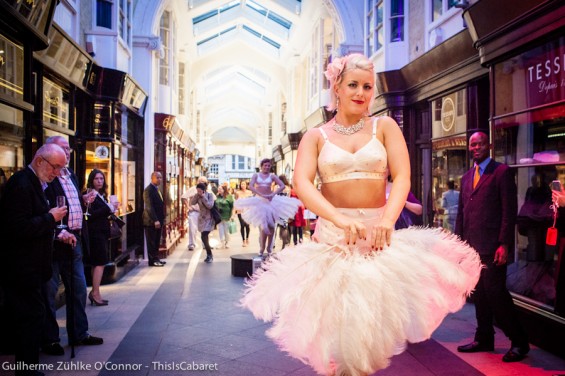 The Folly Mixtures, pictured earlier this year, will be performing at the awards ceremony on February 13.

Disclaimer: This Is Cabaret has been shortlisted in the Newcomers category of the 2013 London Cabaret Awards.

Following last year’s inaugural event, the London Cabaret Awards are back with a new judging panel and at a bigger venue. The five judges (Dicky Eton, Katherine Ives, Sean Mooney, Walt Utz and Maud Young) have chosen the final three for most of the categories and their decisions have been online.

Two awards are open to more general consideration. The Audience Award is voted for by members of the public while the Unsung Hero Award will be based on nominations from those within the cabaret community. If you want a say in who walks away with these gongs, you will need to make your choice before 28 January. All winners will be revealed at an awards at a special ceremony at the Royal Vauxhall Tavern on 13 February.

The awards themselves are not without controversy. Some cabaret performers see any serious form of public ranking, be it at an awards ceremony or a “meat market” like Britain’s Got Talent, to be at best against the scene’s celebrated sense of community and collaboration and, at its very worst, an arbitrary and divisive PR exercise. Also, the cabaret scene is noted for its multiple genres and diversity within those genres – something that can make comparison tricky. One example is the drag section where acerbic compère Myra DuBois is vying with globetrotting diva Le Gateau Chocolat.

Lastly, the judges’ business affairs have left them open to accusations of conflicts of interests. This was an issue raised by the head of last year’s judging panel and has led to hokey cokey voting as judges abstain from  categories with which they are professionally involved. This year, it seems little has changed: for example, judge Walt Utz is the programmer at Madame Jojo’s which has been shortlisted in the Best Venue category. Madame Jojo’s sound technician and the stage manager of one of its longest running resident shows are also both up for an award.

The judges have headed off some of this criticism at the pass with a statement defending the awards and their role. “We will be aiming to be as objective and impartial as possible, and to judge each act, show, event or venue on its own terms,” they say. “However, cabaret is ultimately an art form, and one that defies categorisation at that. This means that each of our judgements can only be based on our own individual responses to the things we’ve seen and experienced.” Which, indeed, raises questions over how the judges aggregated those “individual responses” and how many of the nominees were seen or “experienced” by more than half the panel.

Qualms aside, the London Cabaret Awards ceremony is a unique event. Headline acts from all the major cabaret genres – including variety, drag, musical comedy, burlesque and circus – will be gathered together to support and applaud each other in a commemoration of just how far cabaret has come in another stellar year. A few tickets are available to the public who can come and rub shoulders with the stars and be entertained by Sarah-Louise Young and the Folly Mixtures.

Let us know what you think about the awards below.

The 2013 London Cabaret Awards take place on 13 February at the Royal Vauxhall Tavern. More information on the awards can be found on the official website.

Photograph: Guilherme Zühlke O’Connor, exclusively for This Is Cabaret.