Review: The Boy With Tape on His Face 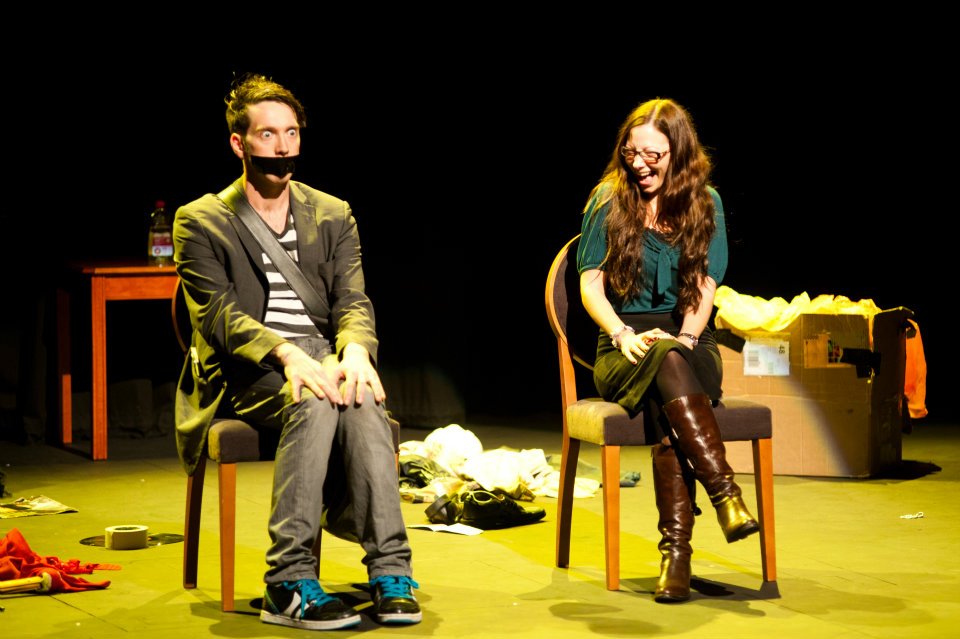 If audience participation is the mainstay of the cabaret diet, then The Boy With Tape on His Face is a lavish feast of unpredictable entertainment. Relying on little more than backing tracks, props and a constant flow of volunteers onstage, the groundbreaking comic has swayed crowds everywhere from tiny stand-up clubs to massive engagements like the BBC Comedy Proms and the 2011 Royal Variety Performance. Somewhere in between is the Duchess Theatre, where his debut West End run is shaking the dust off the mistletoe mire of the holiday season.

The Boy With Tape on His Face: ingenious comedy that tickles brains of every age

The simple format of the evening is unequivocally sharp. Essentially, the show consists of a string of visual gags, in which immediately recognisable situations emerge from the clever combination of plastic toys, household utensils and unsuspecting audience members. The laughter that follows every punch line signals the spectators’ surprise at the myriad worlds that the Boy conjures up.

For a few seconds, all you see is a farcically high-strung young man pulling shoes, plungers, toilet paper and all sorts of junk out of boxes (or the satchel he wears the whole time). Before you know it, the mundane ingredients yield a horse race, a bullfight, a cowboy duel and other dramatic scenes. Trying to convey with words what the Boy does without them is a minefield of spoilers for any critic, but it’s accurate to say that The Boy With Tape on His Face is the MacGyver of comedy.

Most of the time, the stars are the people the Boy (real name Sam Wills) brings to the spotlight. Warmed up by his disarming buffoonery and precise comic timing, volunteer after volunteer plays into his silly pantomimes in varying degrees of shyness. At every sketch, Wills leads them, plays second fiddle or even watches them from a distance, bouncing off his guests as required. Audience participation can sometimes lead to awkward impasses between performers and their victims. In the 75 minutes or so of The Boy With Tape on His Face, though, there’s never a single boring moment onstage. His resourcefulness is jaw-dropping: where else could you join in a wordless sing-along?

A handful of the stunts take the form of improvised puppets – expect the likes of John Lennon and Stevie Wonder to materialise for brief singing cameos (well, lip-synching). Other times, it’s just the Boy. Wills himself makes an endearing figure to watch. His wide-eyed exasperation is a triumph of non-verbal humour, mocking the efforts of his co-stars with faux indignation or puzzled incredulity.

The Boy With Tape on His Face draws its substance from the wealth of stock references in Western popular culture. Mendelssohn’s Wedding March or the overture from Rossini’s William Tell are timeless examples of quick triggers to spectators’ funny bones, but hit songs and film parodies from the last 50 years also inform the show’s tapestry of jokes. For instance, what comes to mind when a spotlight hits a man onstage and Tom Jones’s You Can Leave Your Hat On starts to play? That is the part of your brain that the Boy tickles so liberally.

Is it comedy? Clown? Cabaret? The Boy With Tape on His Face is all those things, and none of them. It’s astounding how the show bridges a multitude of genres with so much cohesion, and with such an ascetic inventory. Equally striking is how his innovative performance remains utterly accessible, for children as well as adults. That is perhaps the most significant boundary that Wills blurs with his ingenious bag of tricks.