From Paraphilia to Paralympics with Mat Fraser 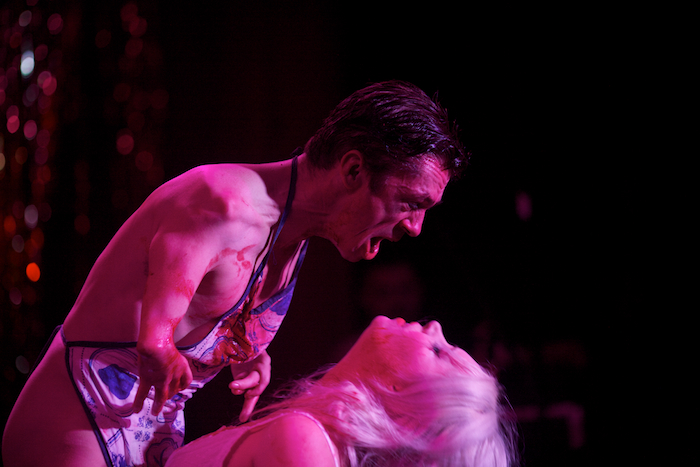 Mat Fraser’s turn as host of the 2012 Summer Paralympics opening ceremony pre-show might be one of the greatest achievements in the history of disability. Not because of his physical handicap – Fraser suffers from congenital malformation of both arms – but because of his track record of taboo-defying performance. Few featured artists at global events can claim to have staged bloody mock-rapes on their way to prominence. The actor and musician made such an impression they’re having him back on the closing ceremonies on September 9th. With Coldplay. Now that’s a statement of inclusiveness.

As an artist known for gritty underground shows in New York and London, like Camden revue Sleaze, Fraser is careful not to make too much of the massive hype from something like the Paralympics. “They’re great, but not all disabled people need to validate their existence by trying to kill themselves achieving physical goals. Some just like watching telly, and still feel 100 percent human.”

Disability is unsurprisingly a recurring theme in Fraser’s work, but the treatment he gives to the subject is quite unique. Instead of the sentimental “stories of success” that abound in autobiographical explorations of life with physical handicaps, Fraser conjures up violent scenes of graphic impropriety, displaying varying degrees of irony and dark humour. In addition to the aforementioned mock-rape double act, I’ve seen him come to blows with women onstage while wearing a balaclava, preside over a sticky marriage consummation in the guise of a Roman emperor and re-enact an authentic 1930s Coney Island “seal boy” routine, in which he shaves, drinks whisky and thanks God for his condition by impersonating a seal.

Despite all the shock it may cause, the politically incorrect discourse of Fraser’s performance is one of the most positive statements ever made about disability. It doesn’t ask for euphemisms, for special treatment or compensation of any kind. It doesn’t invite a patronising slap on the back to acknowledge the courage of talking about a physical deformity. It has no use for your pity. In Fraser’s numbers, a disabled person can be a monstrous villain or a clown, a joker or the butt of a joke. Just like any other human being. 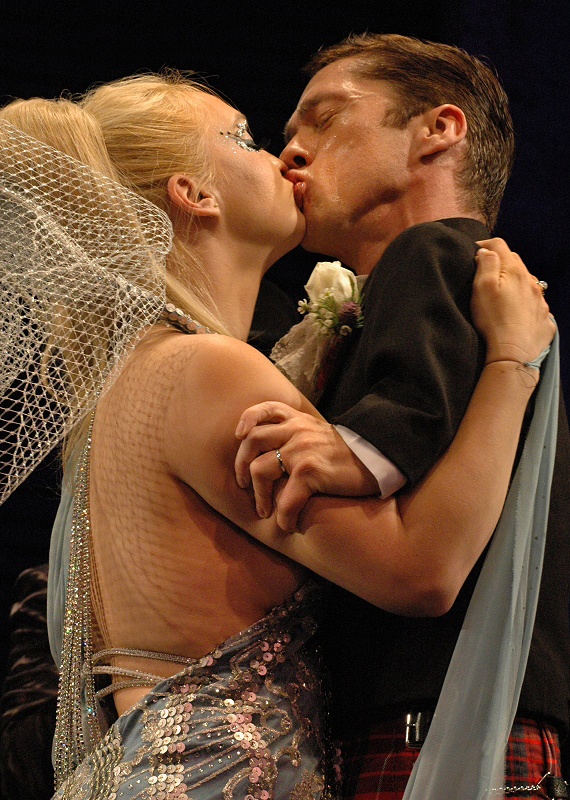 Julie Atlas Muz and Mat Fraser kiss at their Coney Island wedding ceremony in May, 2012

Of course, no gory, sponsor-scaring shenanigans took place at the Paralympics opening ceremony. In addition to hosting a half-hour of pre-show entertainment, Fraser joined Graeae Theatre Company on drums (yes, drums) in a live performance of Spasticus Autisticus. It may not have been the grim assault on conformity that his fans are used to, but it’s worth remembering that the song, custom-written by Ian Dury in 1981 for the UN’s International Year of Disabled Persons, was banned by the BBC on account of taboo language. Controversy is never far away when Fraser’s on.

The fearless entertainer will join New York burlesquer and experimental artist Julie Atlas Muz for the London debut of Apocastrip Wow, a one-night-only engagement at the Priceless London Wonderground spiegeltent, themed after the Mayan prophecies about the end of the world in December. The show has undergone several changes since its inaugural Australian tour in March, but promises to pull no punches with sideshow numbers, neo-burlesque, a singing vagina and tributes to Fukushima and Alejandro Jodorowsky’s surrealist film Santa Sangre.

Winner of the 2006 Miss Exotic World and Miss Coney Island titles, among other accolades, Muz is a long-time collaborator of Fraser’s on both sides of the pond. The couple got married last May in the sideshow Mecca of Coney Island, where both perform regularly, in a ceremony attended by Dirty Martini, Tigger and other American vaudevillians.

“We’ve been asked to tone it down, but we won’t,” says Fraser about the upcoming London date of Apocastrip Wow. “There is no point in this show unless it’s the full 100 percent.” Previous engagements of the show have included spontaneous audience nudity and indiscretions about celebrities’ sexual orientations. Don’t expect to see that in the Paralympics any time soon. Not even they are that inclusive.

See Mat Fraser and Julie Atlas Muz in the only London date of Apocastrip Wow at the Priceless London Wonderground spiegeltent on September 13th, 22:30. Advance tickets are available for £12.50 from www.pricelesslondonwonderground.co.uk/freak-and-the-showgirl

Keep up with Mat Fraser’s upcoming projects on www.matfraser.co.uk