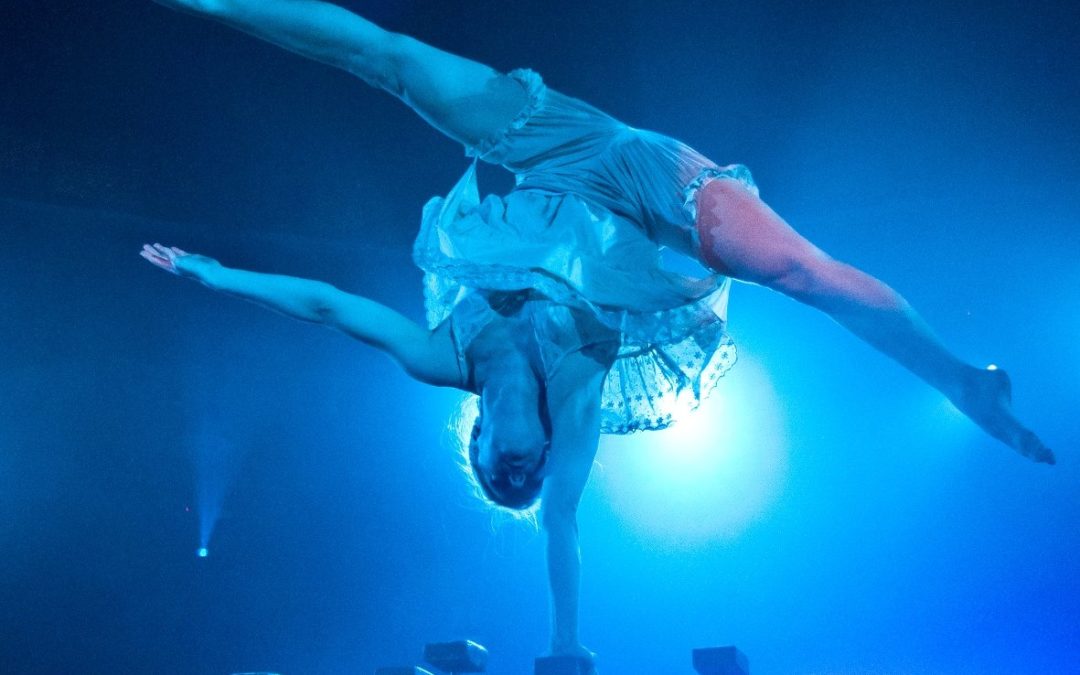 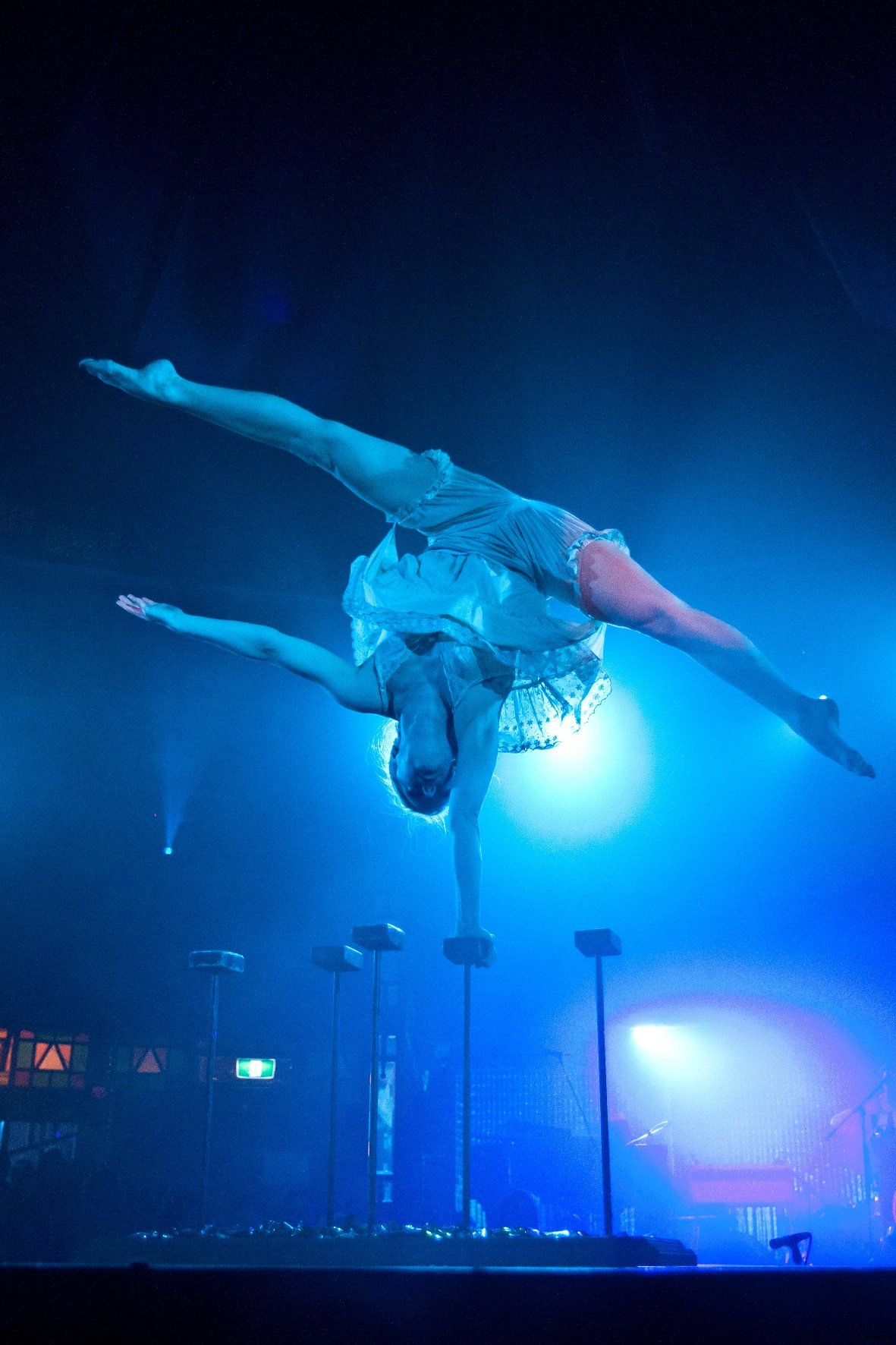 An elegant mix of dance and circus, Cantina headlines the Priceless London Wonderground festival with a dream team of performers from the Australian circuit. Culled from big top big shots like Circa, the Tom Tom Crew and Flying Fruit Fly Circus, five acrobats keep the audience gasping at a series of high-octane stunts both dangerous and provocative.

You may have seen the company’s publicity close-up shots of feet in high heels walking on a tightrope or on champagne bottles. That’s no trickery – it’s exactly what happens in those numbers. They are two of many other impressive feats: Daniel Catlow is a joy to watch as he kneels, lies, turns and even runs on the tightrope with effortless grace. Later, Mozes (of La Clique and Circus Oz) spins on the corde lisse with hypnotic dexterity. And a bag on his head, interrogation-style.

If that sounds a bit dark, it’s because it is. A non-verbal narrative of cruelty surrounds most segments of Cantina with concrete tension. In one moment, a lady in high heels tramples over her beau. In another, announced as the Danse Apache, a couple engages in a confrontational tango replete with slaps and blows from a metal tray. For the evening’s climax, contortionist Henna Kaikula balances over five canes surrounded by broken glass…and the canes begin to be removed, one by one.

The show is full of accomplished stunts and choreography. Beyond the voyeuristic schadenfreude, though, it grows repetitive quite quickly. There are only so many times you can see someone whirling in the air as they get thrown about by a dance partner before the consummate move loses all its poignancy. Likewise, the alternation of recorded and live music detracts from both, especially given that the latter is largely parallel rather than complementary to the action.

Die-hard circus fans will be thrilled to see the myriad ways in which hard acrobatic feats can be made even harder. Patrons of a more sadist disposition, in turn, will rejoice to know that Cantina is playing until September, in a staggering season of 128 dates, which dramatically increases the chances of something going wrong. With eye-catching acts and nimble execution, however, the show’s worth a visit even if neither label applies to you.