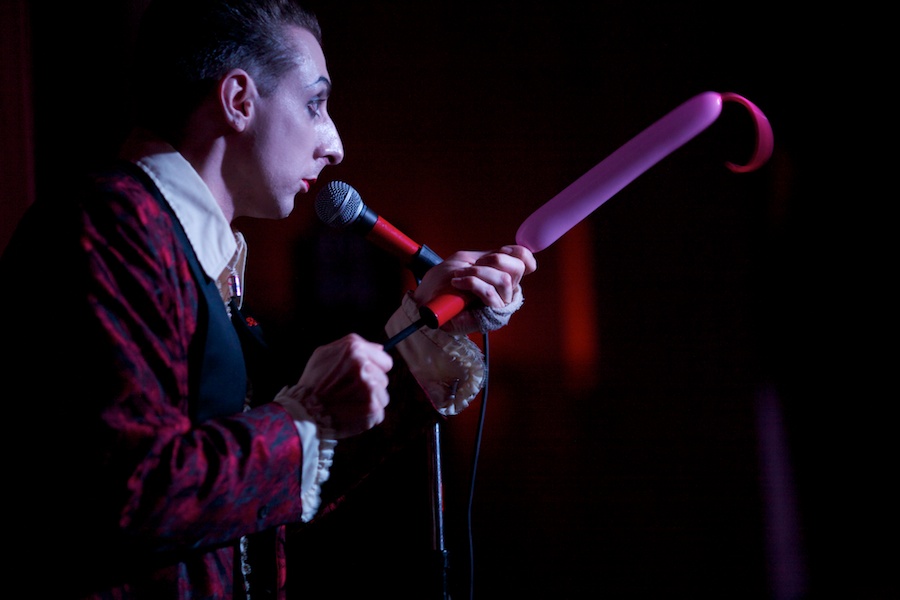 Three years of “lynchian cabaret and burlesque” can teach unforgettable lessons to the fiendish wretches who breathe those sordid fumes month after month. Like the Giant from Twin Peaks, the three masterminds behind The Double R Club will tell you three things. Believe them (or doubt them) at your peril.

Bloodsport Is Good Sport
Even three years on, The Double R audience still loves a good, old-fashioned mass castigation: pointing at another member of the public and shouting the word “imbecile”. Fucking loves it. Give them handguns and I doubt any of us would leave the stage alive.

Fear Is Your Friend
People like the unexpected and the frightening more than they know. Atypicality is perhaps the only thing worth striving for. Fear and disquiet, while perhaps unpleasant at first, are your friend. Your best friend. Perhaps your conjoined twin.

Say It with Baloons
Automatic Balloon ModellingTM is a groundbreaking treatment pioneered by myself which serves to manifest harmful psychogenic vibrations in the physical world, then cleanse them. It is a powerful method of accessing and expunging any negative residual psychological effects caused by bad dreams and/or nightmares. Shut up. Yes, it is.
I could also tell you Mat Fraser’s secret blood recipe, but I won’t. It’s more than my life, sanity, sexual health, even my very soul is worth. Listen to me. Me, a “soul”. Yeah, right.

Bloodsport Is Hard to Light
A contrasting colour is tempting when a performer bleeds onstage, but green tends to give the impression of black bile more than sanguine. Bile and sanguine are, of course, our favourite of the four temperaments, but one has to plump for something neutral, even if reluctantly, to enjoy those red rivulets in full.

Nipple Tassels Are So Passé
Pink and peachy lighting hues will generally bring out a naked nipple’s tone nicely.

Invisible Fire Won’t Walk with Me
Singeing of naked flesh is a thankless task in a red light. The audience simply won’t see it (or believe it). A bright blue generally works best with fire acts. 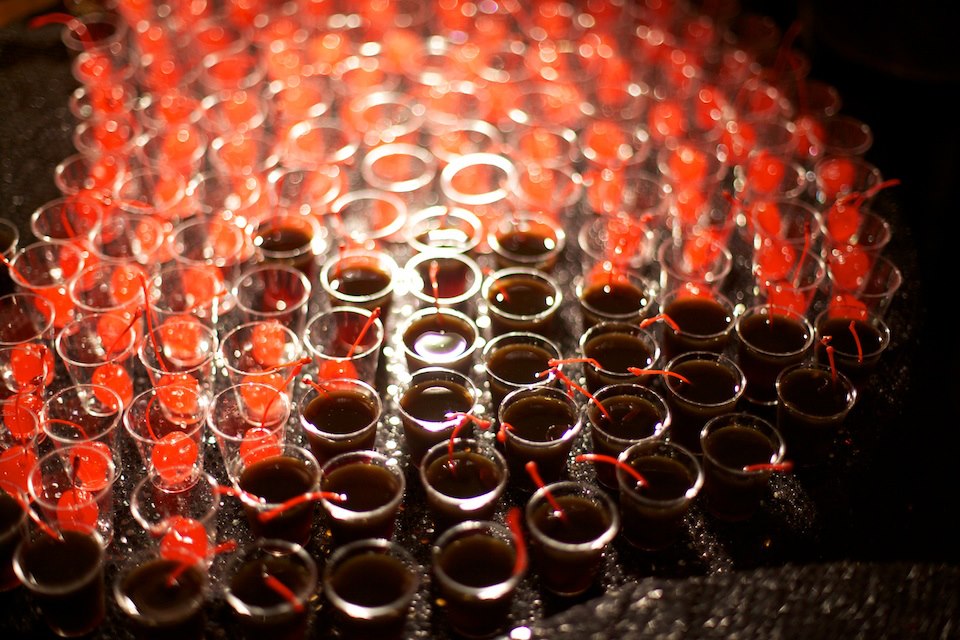 Rose Thorne, Mrs. Louche and Queen of the Double R

Mexican Wrestling Can Prevent Unnecessary Bloodshed
Earlier this year a punter got onstage, which isn’t a good idea at any show, let alone ours. Louche got him off the stage, I went to throw him out, he argued back. He was convinced it was his right to be onstage. Louche lost his temper. Problem was, when he started shouting at me we were standing at a table full of Lucha Britannia wrestlers. They escorted him out of the building, and he’s never been back. Don’t fuck with the Double R.

Some People Need Things Spelled Out for Them
Our audience likes to listen. The performers like to hear the introductions Louche has written about their act, and how it fits into our world. It’s all part of the experience. Then it got noisy. Then it got really noisy. Louche retaliated. Told everyone to shut the fuck up, and it worked. Now there’s a sign at the door of the Bethnal Green Working Men’s Club reminding people to respect our performers and be quiet. So far, it’s working. Coupled with me reminding people to shut the fuck up.

All Good Things to Those Who Wait (for Booze)
Every month I make two litres of our trademark Agent Cooper cocktail. It matures for about a month before being double filtered into our easy-to-pour bottles. The demand for the liquor is such that I bottle up some of it to sell to our punters. Every single month without fail I’m asked for the recipe. It’s got vodka and coffee, but I won’t tell a soul (or even Louche, who can’t make it) what gives it its kick.

“It is happening again.” Tickets are already on sale for the first Double R Club of 2013, on January 17th. See www.thedoublerclub.co.uk for table reservations and other details.