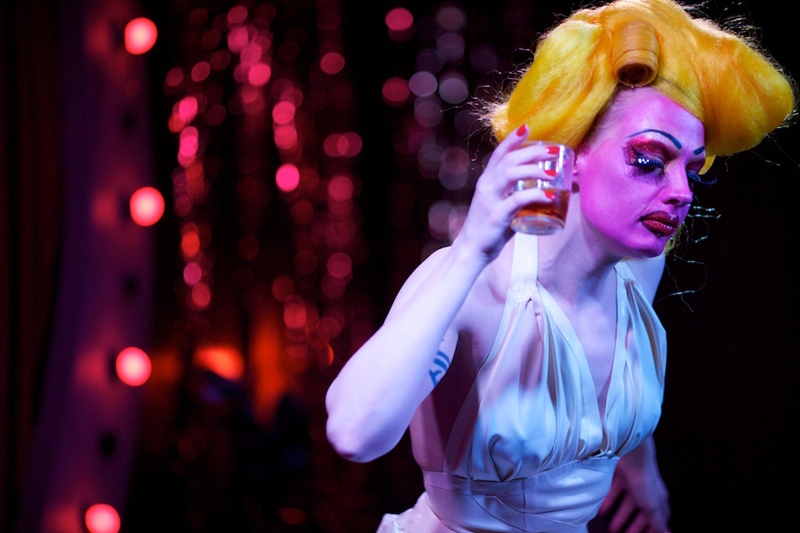 How can you improve an addictive evening of transgressive delights like The Double R Club? Cake is a good beginning. Celebrating three years of vaudevillian insanity “inspired directly or indirectly” by the work of David Lynch on September 20th, the award-winning revue packed once more its usual haunt at the underground Mecca of the Bethnal Green Working Men’s Club. In addition to chocolate cake (baked by producer Miss Rose Thorne herself), the bill featured the usual mix of prizes, burlesque and cabaret of questionable taste, morality or even legality.

The tongue-in-cheek intensity of Scottee’s origami tribute to Jaws may be of debatable “Lynchness”, but drew bouts of laughter in an expertly timed display not of physical, but of physiological comedy, even before its peristaltic paper-retching conclusion. By contrast, character comic Cariad Lloyd’s monologue as Lynch’s mother ticked several boxes in terms of film references, but remained a predictable string of bland jokes from beginning to end. 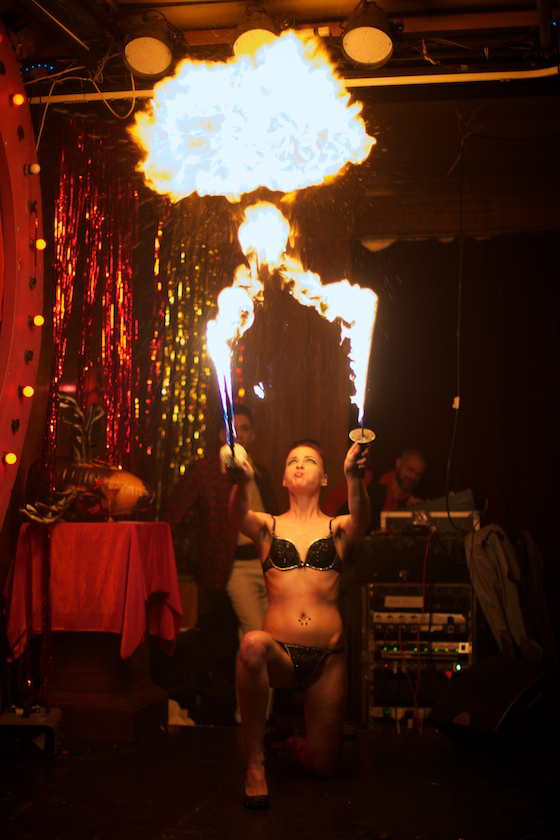 Both halves of the show climaxed with exuberant references to Wild at Heart. A recurrent performer since the beginning of The Double R Club, burlesque dancer Emerald Fontaine gave a car crash victim a redemptive afterlife in a delicate nude tableau, complete with angelic Isis wings, emphatic lighting cues and formidably tense soundtrack. Later, Snake Fervor brandished flaming swords in a fire-eating routine both visually gripping and gracefully sensual, against the languid backdrop of Koko Taylor’s Up in Flames.

The Club is one of the few London revues that include non-humorous musical acts, and for a good reason. The acute, impassioned vocals of Welsh singer Llio Millward need no gags to blend into the sinister climate of the show, especially when accompanied by the multi-layered textures (and blinking lights) of David Kemp’s eigenharp. Her anguished take on Tom Waits’s Dirt in the Ground overstays its welcome with grinding repetition, but Gnarls Barkley’s Crazy and original song Ache make more entertaining use of her impressive voice.

The Double R Club’s third birthday also marked the comeback of Walter, a pioneering boylesque artist who performed next to Immodesty Blaize and other early luminaries of London’s burlesque revival in the 1990s, in shows like the legendary Whoopee Club. Absent from variety stages since 2005, he devised a new routine especially for the date, titled Being Frank: taking the death of psychopath Frank Booth from Blue Velvet as its premise, he starts a spiralling monologue that evolves into a good old-fashioned drag striptease to Love and Marriage, by a different Frank. This Is Cabaret salutes the performer’s return and welcomes the prodigal son to a thriving scene that has built greatly upon the groundbreaking efforts of his generation. 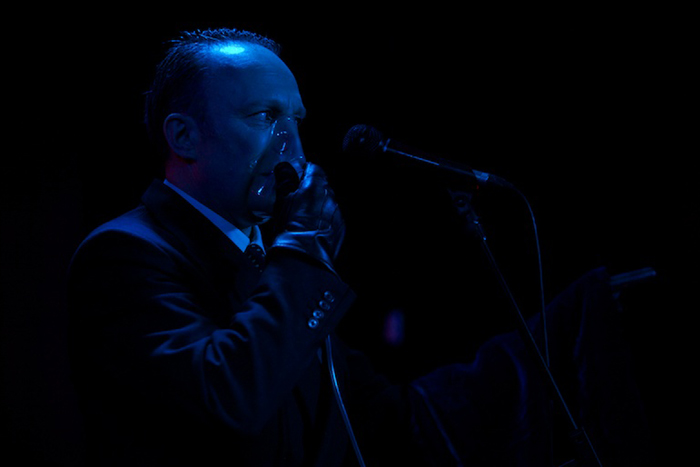 As the black jewel in the crown of British variety, this surreal aberration is the best antidote to the many shallow rehashes of pre-war glamour that still abound in London cabaret. From the moment raving host Benjamin Louche opens the proceedings with the suavity of his inspection lamp, right down to his final grinning bow, patrons are in for a devilish ride of unexpected kicks, ranging from funny ha-ha to funny call-the-cops-immediately.

You may be tickled in your most shameful fancies. You may be deeply offended. But you won’t look away. Mad, bad and regrettable to miss: that pretty much summarises The Double R Club.