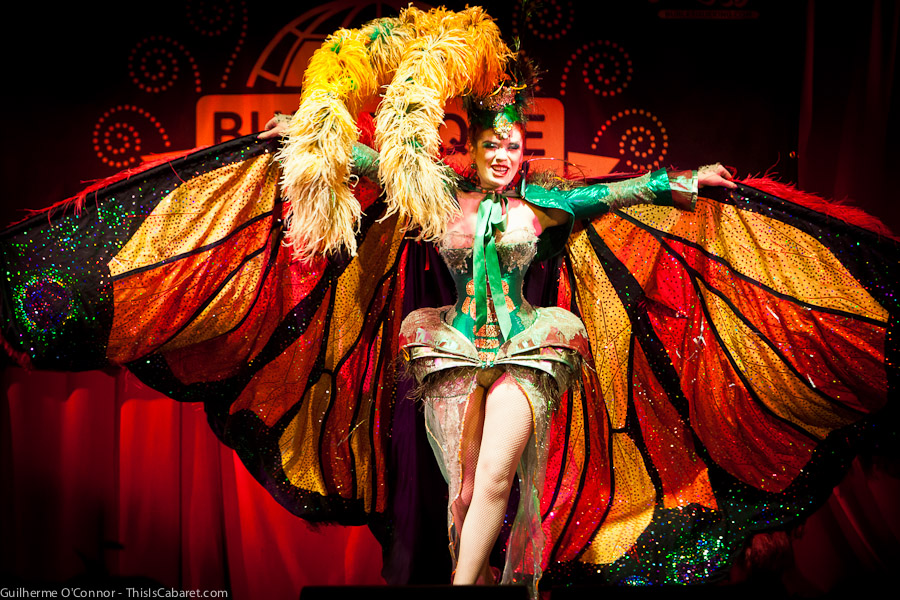 Burlesque doesn’t get more Olympic than this. 13 artists from nine countries met at Bush Hall to compete for the World Female Crown, the top award at Chaz Royal’s World Burlesque Games. Accomplished routines delivered with confidence and panache were the norm: more than a tough night to judge, the showcase was a rare opportunity to see representatives of different styles and scenes around the world in one stage.

Always packed with unexpected thrills and brazen sensuality, Cat Aclysmic never runs out of clever gimmicks. The Scottish-based American belle eats fire with chopsticks, puts on pasties mid-act and keeps an exhilarating vibe throughout her Fire and Spice number. Hailing from Chicago, Red Hot Annie blurs muse, artist and artwork in a skit where she paints reveals on her costume – a painting of a clothed female body. It may be two-dimensional, but it’s imaginative and full of tongue-in-cheek humour. 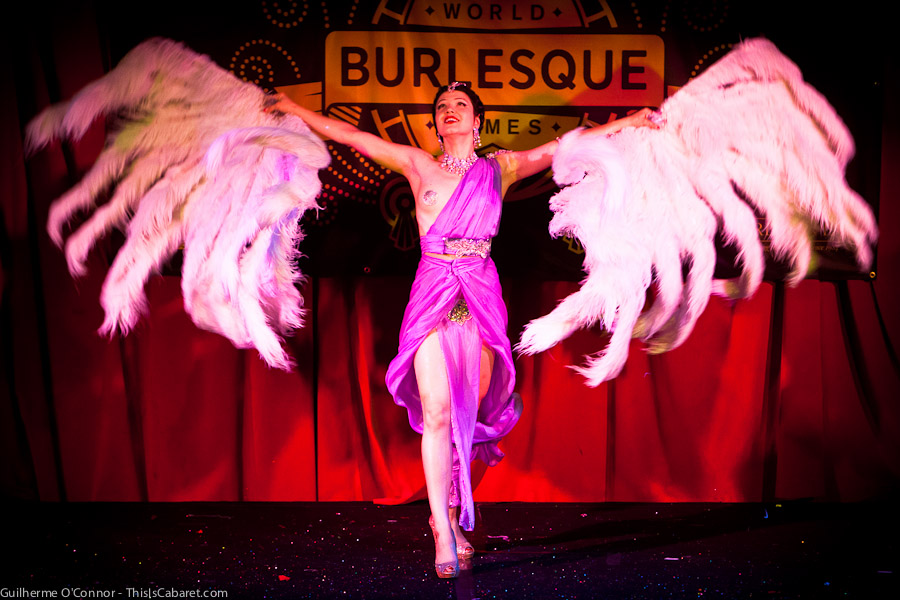 Heartbreak can be a dangerous business when your beau is a psychotic clown. Hungarian burlesquer Melitta Honeycup makes a remarkable Harley Quinn (the Joker’s assistant in Batman: the Animated Series) as she lip-synchs her woes to violent show tune Say That We’re Sweethearts Again. She strips on the corde lisse and launches into a series of breathtaking stunts presented with deft showmanship.

Amidst the festival’s profusion of many-propped, ornately produced burlesque, it’s quite refreshing to also see more economical routines focusing primarily on the dance. Texan bombshell Honey Cocoa Bordeauxx quickly discards the skulls of her voodoo costume to parade vibrant moves and fierce sudden teases – patrons need no more to erupt with cheering. An exotic flavour permeates Bonnie Fox’s New-Orleans-inspired fan dance, a high-powered exotic strip marked by aggressive twists and vigorous jumps. Cherry A. Dorable, from Finland, shows great rapport with the audience in a frantic showgirl choreography, but her kicks and bumps are so furious the whole act threatens to venture into martial arts territory.

Another reprise from last year, Queen of the Bugs by Teuto-Bosnian burlesquer Lada Redstar dazzles the eye with her magnificent butterfly costume, a large furry contraption that wouldn’t be out of place in a West End musical. But there’s more to it: milking her strip skilfully, the temptress works the crowd into near hysteria through capricious refusal to go on until the noise is loud enough. The owner of a buxom pin-up figure that she uses to great effect, Ms. Redstar sends pulses racing with commanding allure.

Most burlesque routines go for a sexy or funny feel, but few explore other moods. German dancer Marlene von Steenvag peels her multi-layered aristocratic dress to reveal an elaborate costume of flowers, wielding realistic bird puppets in a dreamlike allegory of spring. Mixing coy charm and striking visuals, she concocts a unique blend of burlesque bristling with hypnotic theatricality. 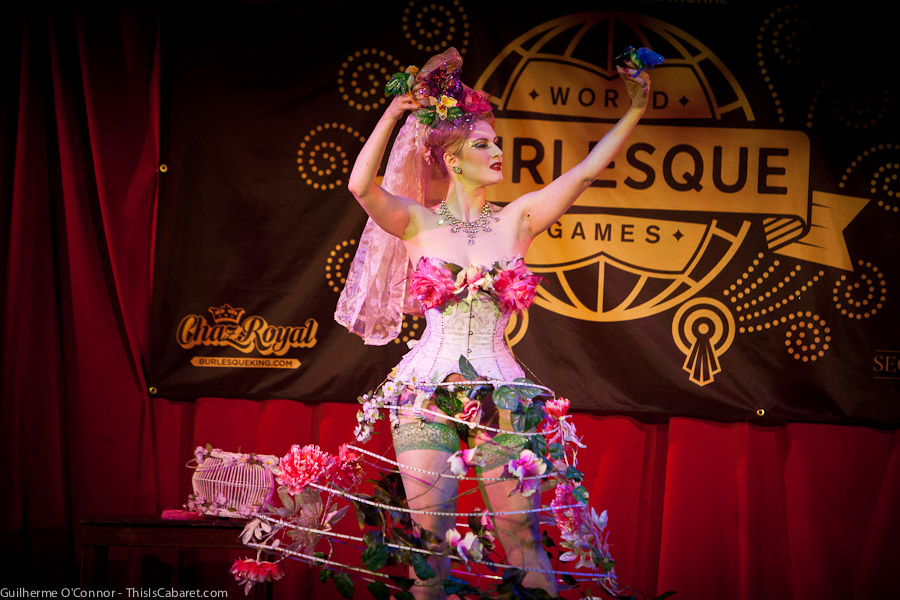 Starting at 10:30 PM (after the British Female Crown contest), World Female Crown lost a substantial part of its public as the hour advanced, which is unfortunate – no other night of the festival had such a consistent standard. Don’t expect a medal if you stayed until the end, though: you’ve still got some way to go before you match the Olympic resilience of Benjamin Louche, who compèred both shows of the evening in a whopping five-hour marathon. I don’t know if he would agree with me (God knows what floats that lunatic’s boat), but judging from the killer curves and refined talent that took to that stage, I’d say it was more than worth it.