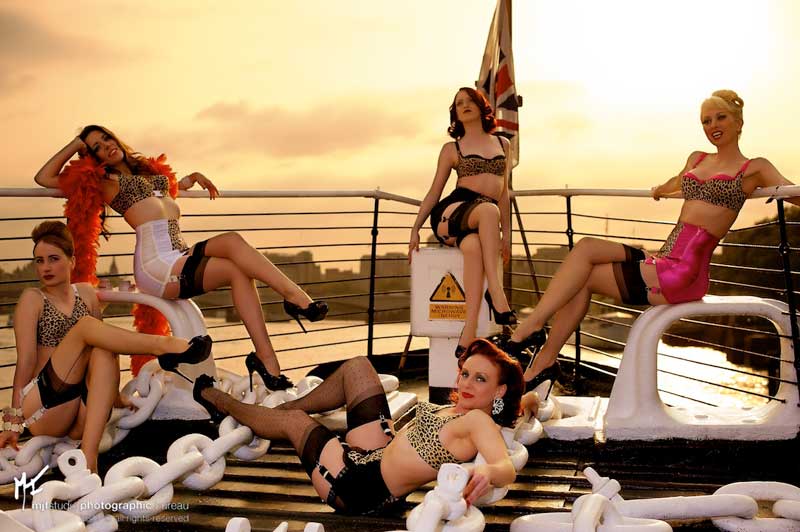 Bump-and-grinding, tassel twirling and shimmying may not be Olympic categories, but they’re far more fun to watch than table tennis and badminton. Chaz Royal’s international festival of burlesque starts today – only in London – pitching exotic dancers and striptease artists from around the globe in fierce battles for the coveted World Burlesque Games crowns.

Every night from tonight until Sunday, the festival will host multi-act showcases including seven tournaments and two ceremonial galas, featuring some of the world’s best burlesque and boylesque talent, alternating London and UK favourites like Dinah Might and Kiki Kaboom with performers from France, Italy, India, Australia and other faraway lands.

Get ready for a real burlesque marathon as the 2012 World Burlesque Games take over some of the most traditional venues of London’s variety scene with more than 90 different acts, but don’t leave your tickets for the last minute: as with the Olympic games, events are in high demand, with the opening and closing ceremonies already sold out.

The World Burlesque Games are sponsored by vintage-inspired lingerie label Secrets in Lace. See www.londonburlesqueweek.com for tickets, videos and other details.

Read a retrospective of memorable moments from the festival in The Week in Cabaret: Burlesque Bonanza.

Who judged the Contests? Find out in A Burlesque Marathon.