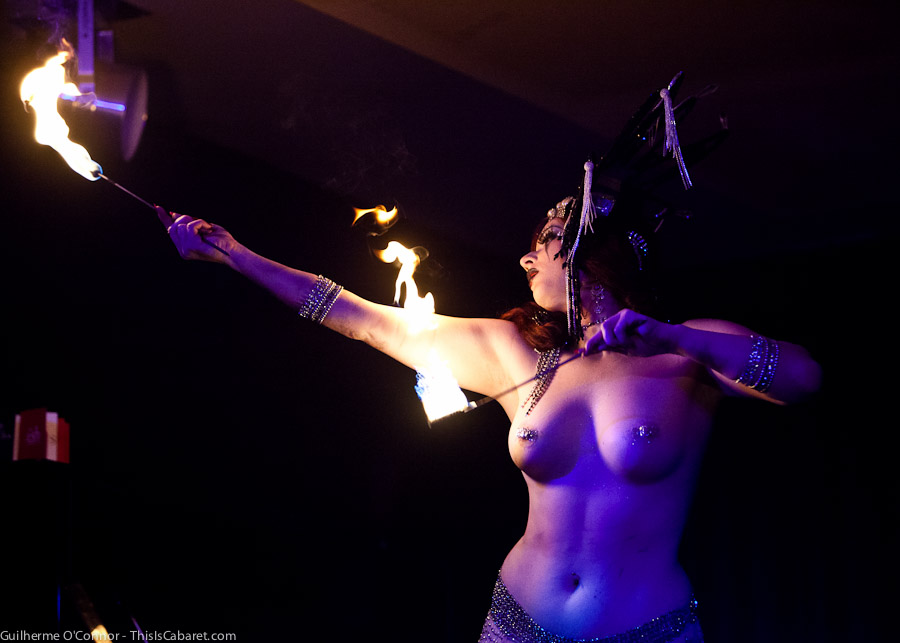 Egged on by host Miss Behave’s quick-witted irreverence and freak show stunts, ladies in serious showgirl attire threatened to overshadow the performers, and cheered wildly even to the fashion show that started the evening. Burlesquers Agent Lynch, Dinah Might, Betty D’Light, Ebony Silk and Frankii Wilde clearly made an impression while modelling vintage-inspired lingerie from sponsor Secrets in Lace’s Bettie Page and Dita Von Teese collections. 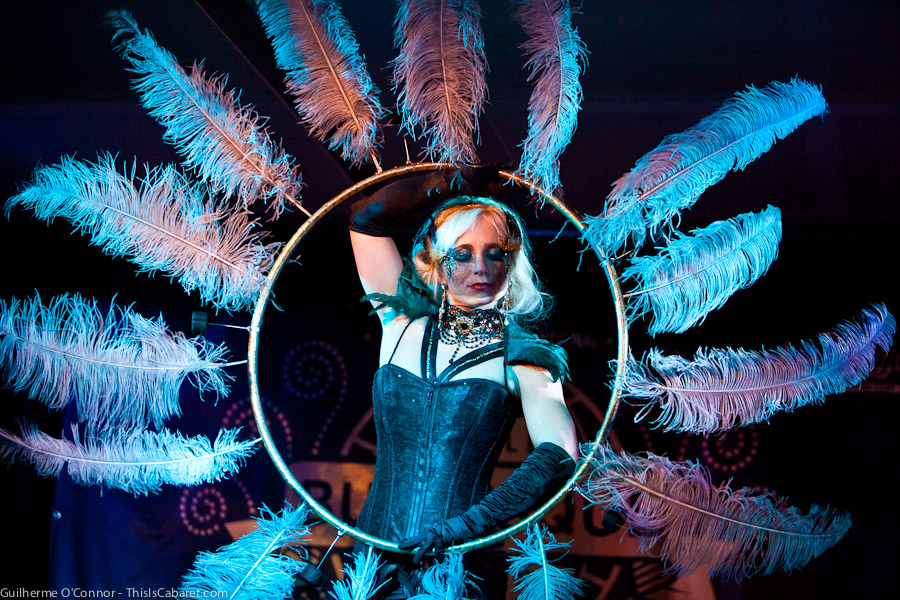 Triple Crown was the first of seven competitions making up the bulk of this year’s festival. Winner Anna the Hulagan was jaw-dropping in her hula hoop number. Beyond accomplished acrobatics that see the artist strip mid-hooping (and even incorporate an unforeseen falling tassel into the act), it is full of visual thrills.

Inventive comedy was the tone of Kiki Lovechild’s elaborate routine. Mixing shadow play and puppetry, the boylesquer is both endearing and funny as he metamorphoses into different animals, culminating with a fan-dancing ostrich. Just so the number doesn’t get too cute, the creatures are under constant threat from a trigger-happy hunter, whose tassel-twirling cameo is literally electric. Tassels were also central to Bunny Pistol, a regular at renowned American show Hubba Hubba Revue. Maintaining absolute control over her beaded accessories, the San Francisco dancer twirls, vibrates and alternates four tassels in her shimmying choreography. The technique is impressive, but the gimmick drags after a while and the number becomes largely a one-trick pony.

The division of burlesque into striptease and allegedly more theatrical styles is always a blurry line, and the “surprise gimmicks” of the evening are sure to reappear in other nights of the World Burlesque Games (as they do regularly on variety stages throughout the year). Nevertheless, Triple Crown was a welcome testimony to the rich, often-underestimated artistic vocabulary of burlesque – and a great gig as well.