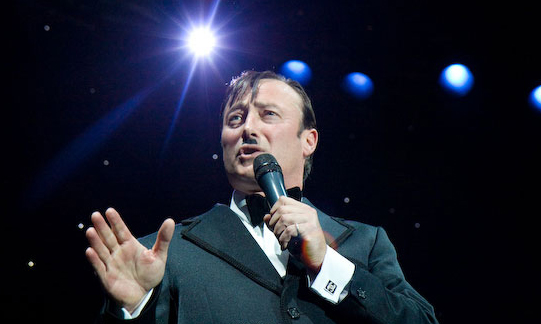 Cabaret doesn’t get weirder than being trapped inside a giant purple cow with Miss Behave late at night. Starring a rotating cavalcade of comedians, burlesquers and vaudevillians intent on making the most of that 18-plus rating, Friday Night Freakshow tickles the fancies of even the most jaded spectators with fierce, no-holds-barred humour. 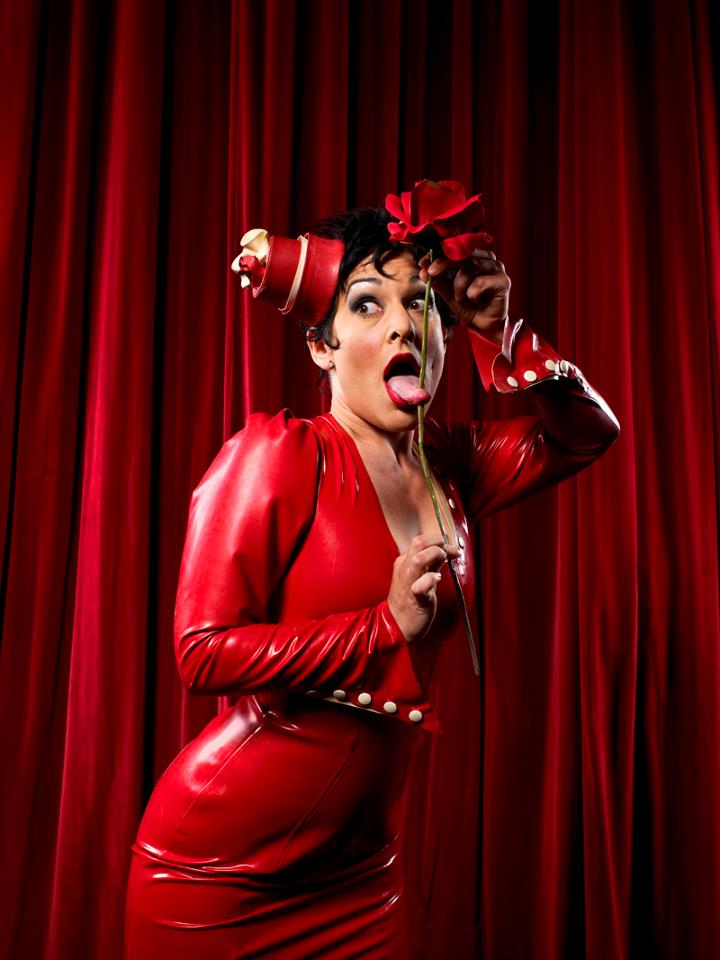 Miss Behave knows how to work a rowdy crowd

There’s no pretence of vintage glamour here. Like its more established counterpart in the Edinburgh Festival Fringe, the Udderbelly tent is a no-nonsense performance space: rows of seats, bleacher-style, surrounded by curtains, with acts taking place at floor level. The ambience is similar to a live TV show recording, except TV shows have a lot less swearing, nudity, racial jokes and heckling.

Patrons at a variety show that starts at a quarter to eleven are like actors after Method exercises: tired, unhurried and free of inhibitions. They yell back. They want to be picked on. And they heckle. A dainty supper club would be ruined before the first reveal. Friday Night Freakshow, on the other hand, encourages audience unruliness, engages it face-first and wrings vivid spectacle out of that clash.

From Marawa the Amazing rebuking people for fumbling a hula hoop throw to Mat Ricardo brandishing sharp wits (and blades) at hecklers, the tone of mutual provocation is playfully contagious. When the stand-up comics hit the stage, no taboo is left unbroken. With a combined arsenal covering racial profiling, domestic abuse and paedophilia, rabble-rousers like David Hadingham and Tom Stade raise laughter as much as groans of objection, many of which are genuine. A few groaners walk out. Most stay, looking forward to groaning some more. By the time a headliner like Frank Sanazi gets his turn, the audience has been so thoroughly warmed up that a Hitler look-alike singing hatemongering jazz parodies like Strangers in My Flight and Mein Way (on a Steinway) meet no resistance. Anaesthetised for shock, the crowd grows much quieter to enjoy the singer’s shameless puns and epic voice.

This rowdy ship could be captained by none other than Miss Behave. More than any of the featured acts, the compère imprints the evening with unapologetic raciness and sardonic mockery. Aggressive and confrontational, she always has a quick riposte to call your bluff, whether from the stage or up close in the back rows, which she uses to keep the public at the edge of their seats with expectation. The game escalates into unexpected stunts – there could be touching, flashing and groping. She’ll pull a real sword out of her throat and ask you to lick it, and then she’ll go the extra mile for a receptive audience: she’ll let you do it.

Early on in the bill, Miss Behave vows to “keep curve-balling you.” If that sounds dirty, then your mind is in the right place for this. Friday Night Freakshow is a rare treat of compelling intensity and high-stakes amusement. It is especially unusual for a show backed by big shots the size of Time Out and Underbelly. There may be hope for corporate culture in Britain after all.