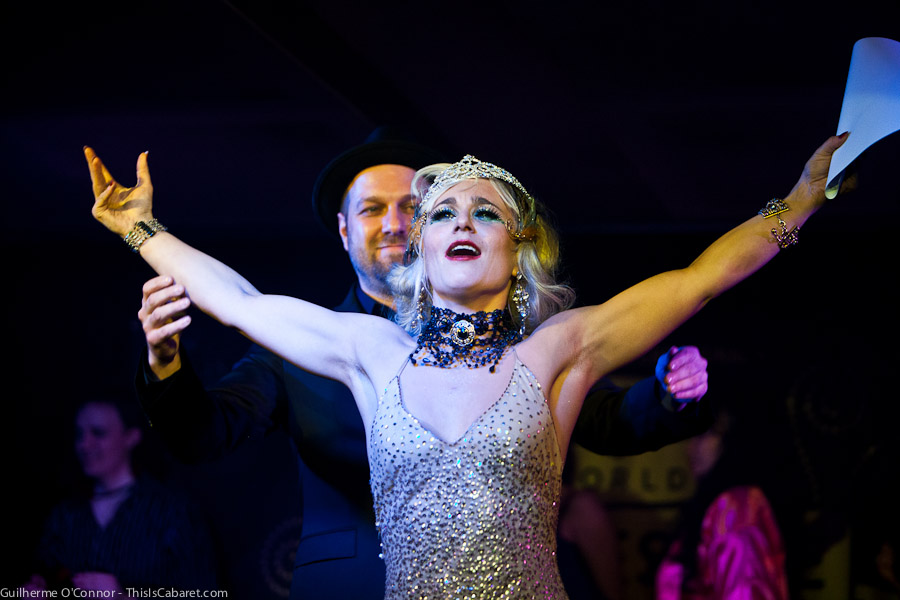 Burlesquers are competing, but who’s judging? And what are they winning? Producer Chaz Royal tells C.J. Lazaretti what happens behind the scenes of the World Burlesque Games seven contests.

Choosing winners and losers in burlesque is not easy. How can you compare dancers, singers, fire jugglers and even puppeteers? Fortunately, World Burlesque Games producer Chaz Royal is not alone in that daunting task.

A sponsor of London Burlesque Week since 2009, Secrets in Lace founder Dan Whitsett is a co-judge of the two most experimental nights, Twisted Crown and Triple Crown. The latter also featured journalist Ben Walters among the judges, while Sharon Kay, founder of Burlesque Baby and Retro Tease, will be co-judging the newcomer and female competitions on Friday and Saturday. For Thursday, The Cheek of It director Lady Cheek and cabaret performer Tricity Vogue will be joining Royal and Whitsett to judge the British and World Male Crown.

“Our criteria are originality, appearance, skill level and crowd reaction,” says Royal. “The most difficult aspect of choosing a winner is being able to feel the connection between the performer and the audience, and deciding who brought their best game.”

Compared to previous editions of London Burlesque Week, the 2012 festival has upped the ante. Apart from the opening and closing ceremonies, every night is a competition, not just the newcomers’ showcase as

before. Another innovation is that all participants are getting paid for their performances.

The winner of every competition gets a glittering crown, a signed certificate and £500 in cash and prizes. The first and second runners-up win prize packages valued at £200 and £100, including items from festival sponsors like Dupenny, Sin in Linen, Retro-a-Go-Go and Secrets in Lace.

For the festival organizers, the toil started even earlier, in September 2011. “We had over 400 applicants, and only chose performers who had a shot at first place in each crown challenge,” says Royal. “It took three weeks to review the applications and narrow it down to 100 participants.”

With mixed competitions as well as local and international categories, the World Burlesque Games are one of the top events in the international bump-and-grinding circle. Don’t miss This Is Cabaret’s daily coverage of the festival for more results and reviews, including the closing ceremonies, a showcase with all the crown winners.

See all the dates and performers of the event in This Is Cabaret’s guide to the World Burlesque Games.