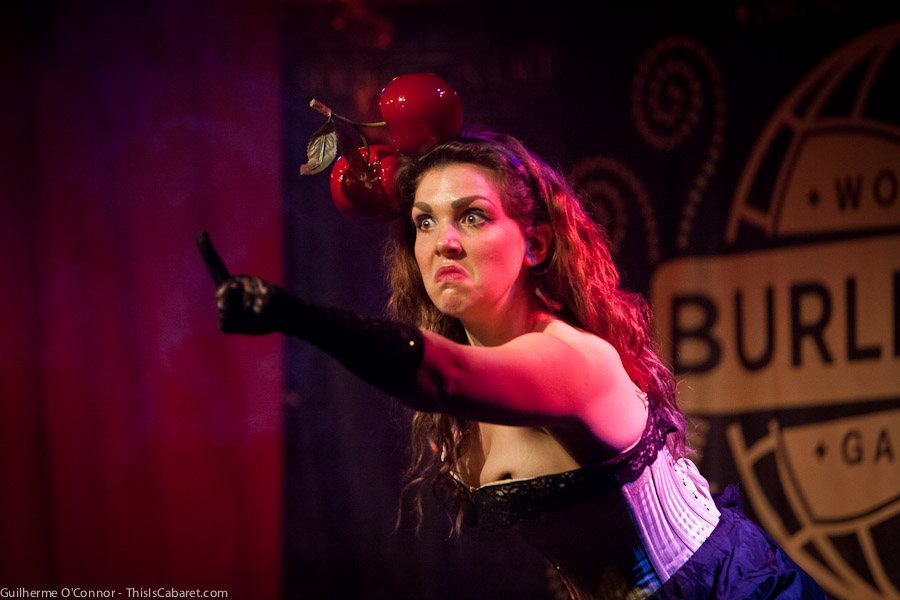 Chaz Royal’s World Burlesque Games took over Madame Jojo’s on Monday for a sold-out gala with special guests and alumni of previous editions of London Burlesque Week. The roster of bump-and-grinding talent onstage made up a bill heavy on bawdy references and visual gags – more fun than whatever Danny Boyle may come up with to open the Olympic Games, I’ll wager.

With farcical Italian accent and mock anger, 2011 Best Newcomer Variety Act Shirley Windmill sings about her cheating lover in a dramatic monologue of outstanding music hall hilarity. The theme continues with an equally angry striptease to the sound of Mambo Italiano that marries satire and dance with exhilarating theatricality. More singing comes later with Kiki Kaboom and the double entendres of The Pussycat Song. It’s a joy to see the consummate entertainer in her redneck stage persona, teasing the audience and rebuking – in character – an

overexcited patron with a camera phone. What ensues is the sizzling go-go sensuality of a high-powered hard rock strip, which showcases all of Ms. Kaboom’s impressive resources (including what I’m convinced is the best ass in burlesque).

Winner of the Best Newcomer award in 2010, Ginger Blush specialises in simple narratives with funny twists. Her marriage act is no exception, following a lady in her struggle to placate sexist stereotypes in order to find a husband. Caught in the paradox of trying to be domestic and sensual at the same time, she launches into slapstick pantomimes of undiluted cultural satire. Another previous winner, 2011 Best Newcomer Striptease Act Tabitha Taboo presents Yummy Mummy, a horror-inspired skit where the belle stumbles out of a coffin to remove layers of bandages with studied scream queen poses.

Donning Isis wings and a sexy belly dancer costume, Lady Cheek (of burlesque school The Cheek of It) oozes grace and poise with a mix of striptease and interpretive dance. Festival co-ordinator Betty D’Light performs a strut act with an elaborate costume and striking showgirl moves, but the number is hurried and burdened by a vague drinking narrative. 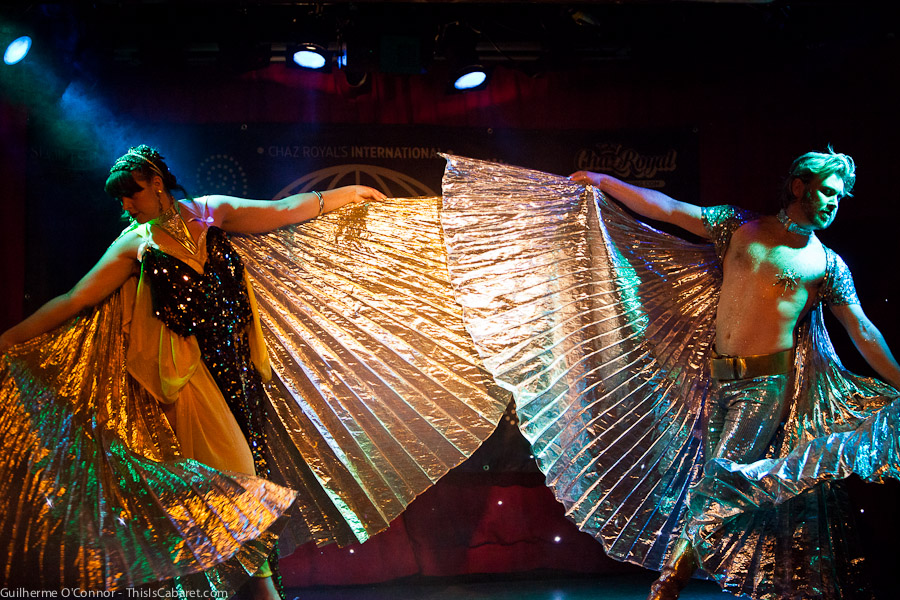 A double act headlines the ceremony. Australian dancers Dare Astaire and Sarina del Fuego work wonders with their Isis wings, making a spellbinding spectacle full of elaborate geometric patterns to a sombre marching soundtrack. The routine soon morphs into an Olympian parody, with Astaire brandishing cardboard lightning bolts at del Fuego and chasing her to satiate his divine lust. It’s gets overwhelming after a while, and a mandatory Chariots of Fire slow motion gag further detracts from an already convoluted act. But the chemistry between the two is seamless, the comedy is quick and the general effect is utterly entertaining.

Presiding over the function is singer Ivy Paige. Backed by savvy pianist and frequent collaborator Pete Saunders on keyboards, she croons ambitiously through a jazzy You Spin Me Round (Like a Record) and original songs from her show Ivy Paige’s Fabulous. Her delivery, though, is tame and predictable, as are the jokes she shares with the audience before mispronouncing and even mistaking performers’ names. 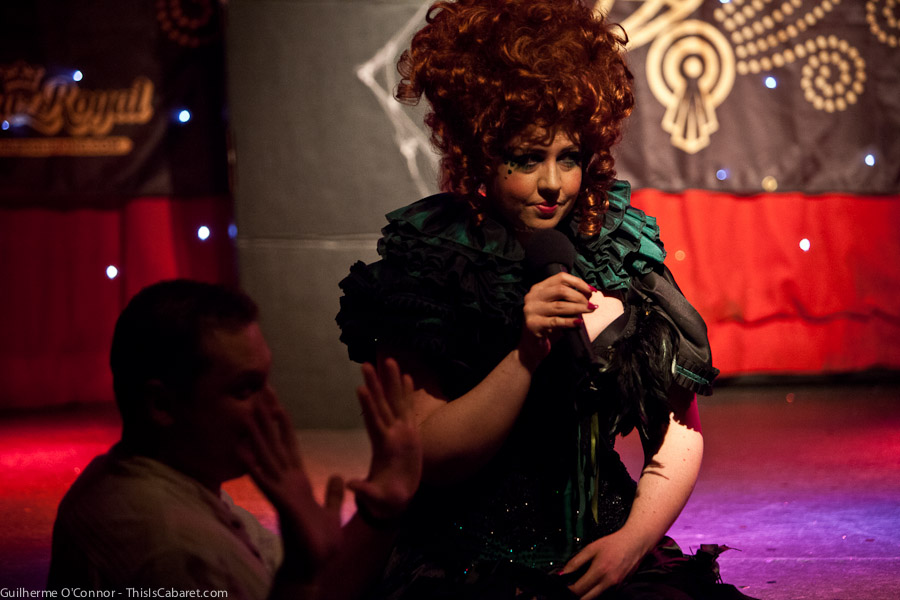 Starting tonight, the World Burlesque Games are all about the many “crowns” – the competitive showcases that follow the Olympic theme of the festival this year. A diverse delegation of international exotic talent is set to flex their muscles and hit the stage as London becomes, for one week, the burlesque capital of the world. Stay tuned for more reviews of the 6th edition of Chaz Royal’s London Burlesque Week.