Man The Barricades: The Cabariot Is Coming 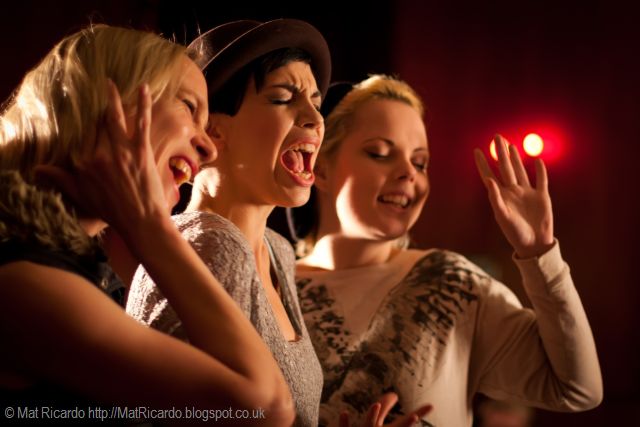 Just who does Gary Barlow think he is? When he’s not busy abusing the British tax system, the X Factor judge has been doing the same to the good name of cabaret. 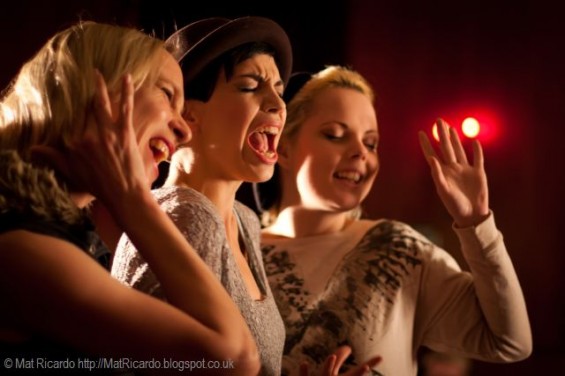 Scream and shout: Cabariot is what it’s all about

Three weeks ago, we highlighted his comments about the last batch of eager wannabes under his mentorship: “These aren’t people who have spent years in clubs and sound like cabaret artists, these people are relevant.” We hope they are more relevant than past X Factor winners like Steve Brookstein who was last seen playing in a pizza parlour.

Gary’s fellow judge Louis Walsh isn’t above laying into cabaret either. He recently criticised contestant Christopher Maloney’s rendition of Heart’s Alone saying “That was very cruise ship, very cabaret…It was a bit too cheesy for me.”

That X Factor, a show whose viewing figures have fallen considerably in recent years, should take umbrage with cabaret is ironic. Instead of spending week after week looking for fresh flesh to commoditise in time for the Christmas market, perhaps the judges should see the breathtaking array of quality acts within a scene which is flourishing. Circus, drag, musical comedy and burlesque have never been stronger or more relevant to fans of live entertainment. Tired of the disposable mediocrities thrown out every year by talent shows, there is plenty of evidence that the British public are increasingly looking for their kicks from the talented denizens of London’s cabaret scene.

This year has seen the arrival of marquee shows like Cirque du Soleil, La Soirée and Forever Crazy while actual marquees Udderbelly and Priceless London Wonderground have been packed with fantastic productions. London Burlesque Week is burgeoning and will stretch to ten days next year. Circus has never been hotter: as well as the month-long festival earlier this year, Piccadilly Circus was transformed last month into the largest arena of outdoor circus London has seen.

Cabaret performers of all genres have reacted in typical fashion, collaborating on Cabariot, a campaign aimed squarely at countering Barlow’s baseless and clueless claims. A series of photographs has seen many of the capital’s top talent standing up to be counted while Frisky & Mannish have led the charge by respectively producing a video and writing a song which firmly puts the Take That star in his place. Filmed at the Bethnal Green Working Men’s Club and packed with cabaret stars, the message from the cabaret world is clear: they’re mad as hell and they’re not going to take it any more.

See the video for yourself and join the cause over on Facebook.