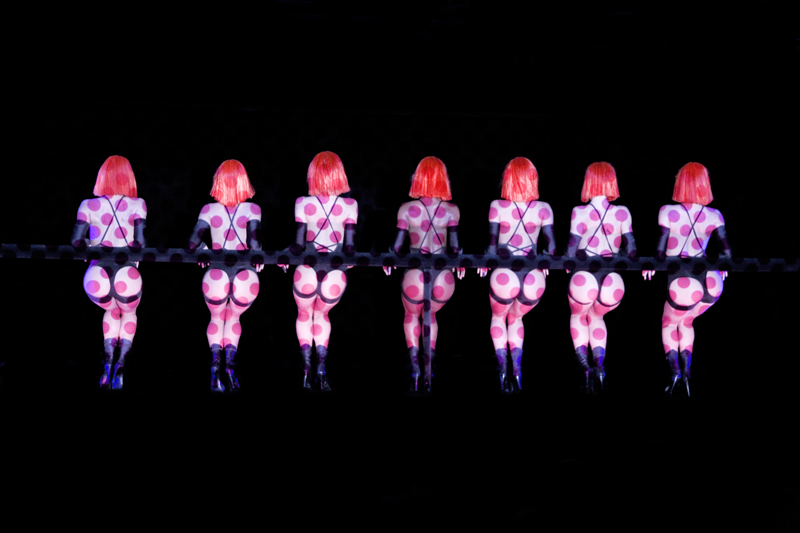 A seminal landmark in Parisian nightlife since the 1950s, cabaret club Crazy Horse is as famous for its glamorous dance shows as for the many celebrities it counts as patrons and collaborators. The eponymous spiegeltent on London’s South Bank saves you a trip to France, bringing the revue’s celebrated repertoire of long-legged showgirl high jinks across the Channel. Forever Crazy brims with spectacular fantasies to please the eye, but soon grows tiresome with insistent variations on a theme that is trite to begin with.

Announced as a “best of”, the show alternates original routines designed and choreographed by late Crazy Horse founder Alain Bernardin with newer numbers by Philippe Decouflé (Cirque du Soleil’s Iris) and Patricia Folly (AKA Psykko Tiko, a regular dancer at the Parisian headquarters). Five are solo acts. The others feature five or more of the cast members in the distinctive style pioneered by the club: a topless chorus line upon which colourful abstract animations are projected, creating different visual effects.

Though previous guest appearances by Dita von Teese at the Crazy Horse in Paris may suggest otherwise, Forever Crazy is not a burlesque show. A dance revue with elements of burlesque thrown in would be a more accurate description. Striptease only features in two segments: Crisis! What Crisis? in which a bored office worker disrobes and dances on her desk, and Leçon d’Érotisme, a languid lip-synch skit performed around a mouth-shaped sofa. Elsewhere, the ladies go about their choreographies topless from the start.

The most entertaining acts in Forever Crazy are dazzling optical displays, exploring a single straightforward concept with no added drama or other gimmicks. In Rougir de Désir, the performer’s moves accompany paint-like blurs from the projection in perfect synchrony. The beautiful and inventive Upside Down draws intricate shapes from arms, legs and buttocks reflected on a stage-wide oblique mirror. Legmania, one of the oldest numbers in the repertoire, engenders fascinating lysergic visuals from nothing but legs and simple projected patterns.

Those, however, are not the rule. Most of the routines are flimsy excuses for the girls to prance around in high heels and bright wigs. Against the black background of the low-ceilinged stage, the vivid colours and famous physical uniformity of the Crazy Horse dancers make the bill as a whole resemble an 80s perfume commercial. The soundtrack, heavy on glitzy show tune pastiches by the likes of disco producer Jacques Morali, conspires to the same end: Forever Crazy’s brand of sensuality is arid, tacky and crass. 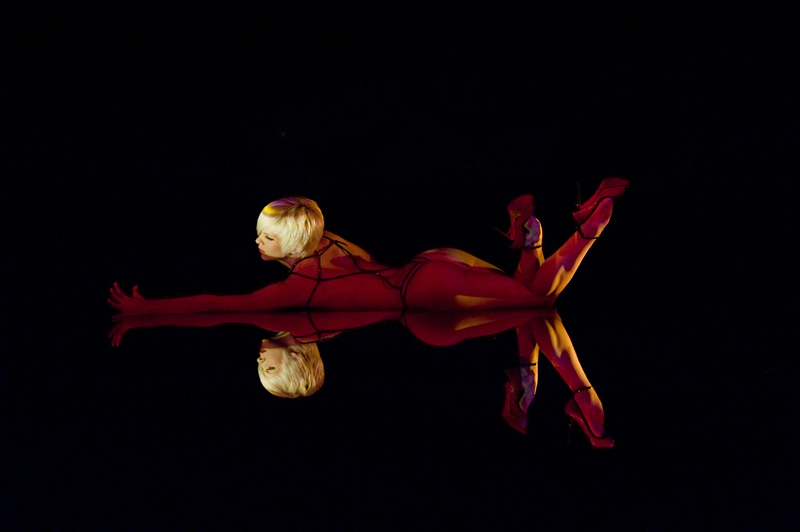 After repeated whining in the press about a number where a black girl danced against the bars of a cage, the producers seem to have learned their lesson: politically correct weekend liberals will only let you cage a woman if she’s white. Despite the spirited stage presence and athletic moves of current performer Enny Gmatic, the monotonous choreography sucks the life out of the skit, rendering it a threat to no minority other than the spectator’s patience.

A guest spot by hand-dancing duo Up and Over It, updating their signature couple fight routine with champagne, gives Forever Crazy a much welcome breath of spontaneity. As the only bit not performed by Crazy Horse dancers, it comes at the expense of the show’s unity. Unity, however, is the last thing on my mind after 13 acts of cloned showgirls and Louboutin lobotomy.