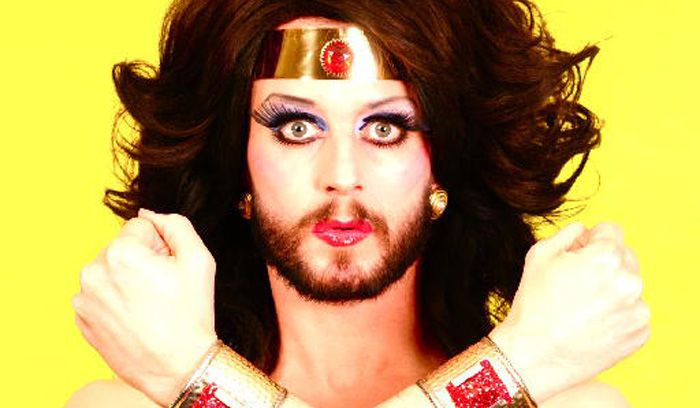 Compelling tales abound in the 20 years that Jonny Woo has spent honing his acclaimed stagecraft. Wonder Woo-Man, his autobiographical solo show at this year’s Edinburgh Festival Fringe, is a brilliantly crafted hour of original songs and hilarious drag characters, illustrating his journey to become the outstanding performance artist he is today.

Fine dancing, miming, singing and writing make an exciting spectacle in a retrospective of the childhood and early years that led to his cabaret career. The stories start with his early jobs in retail during school, progress through meeting a life-changing patron-boyfriend and end with the fulfilment of a life-long dream in the eponymous act. 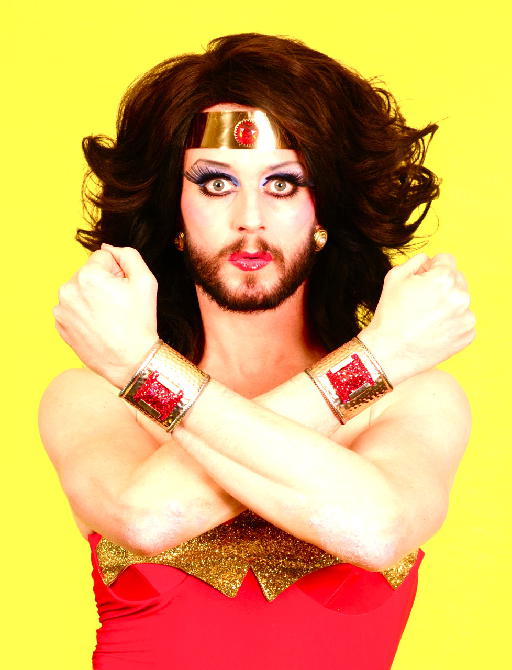 The autobiographical journey of Jonny Woo: Wonder Woo-Man is a superb, hilarious show

Exceptional physicality and choreography shines throughout. Fresh from a dramatic stint in the title role of Boom Boom Club: Prospero’s Tavern, Woo’s physique is evident through his skin-tight leotards and dresses. The expressiveness of his face, however, is so captivating that I hardly noticed that he spent much of the show in a state of serious undress. Discussion of how the characters were developed adds personal context to each skit, and the sparse quantity of props, wigs and costumes only highlights his depth of characterisation. This flamboyant song-and-dance extravaganza easily transcends the dingy university basement of its venue.

His interaction with the crowd is charming, friendly and endearingly jolly. Giving several audience members a drag name of their own, Woo encourages an enthusiastic Frank Sanazi and others into wigs for a drag ensemble finale in honour (or perhaps parody) of Team GB’s efforts at the Olympics.

Faced with a serious sound malfunction, Woo faultlessly improvises a New-York-themed sketch, which he later reveals to be a former segment cut from the final show. Though darker and more surreal than the rest of the evening’s material, dwelling on his drug-fuelled period in America, the routine is nevertheless a treat.

Retrospectives and autobiographies are popular with the self-obsessed cabaret community, but this one stands out. While not a particularly exciting story, Jonny Woo takes Middle England and Woolworths and embellishes them with a shine made of much more than glitter and sequins. Wonder Woo-Man is a superb show by a consummate performer.