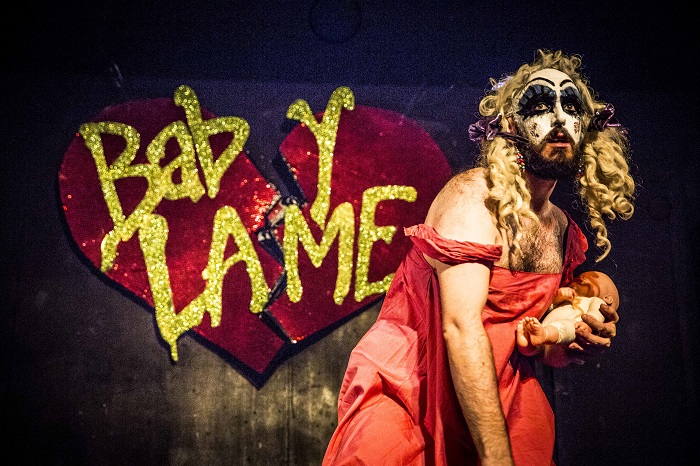 As Tom Lehrer sang in one of his homicidal ditties, “Spring is here, spring is here/Life is skittles and life is beer”. What he forgot to add (silly Tom!) is that life is also nights out and great events so here are our recommendations for the coming month.

May The Farce Be With You

Have you been looking for fun in Alderaan places? East London’s favourite sci-fi cabaret night lowers its landing ramp to reveal another bill of other-worldly talent. Resident live swing band The Rag Tag Rebels will be the soundtrack to an evening of cabaret, walkabout characters and interactive games. Those aboard can witness a veritable (blue) harvest of wrestling comedians, burlesque and the fearsome creature-from-another-feature HP Lovebox.

Nina Conti: In Your Face

You’ll never look at ventriloquism quite the same way after an evening with Nina Conti. Her sweary monkey friend is back but this time the emphasis is on improvisation and audience interaction. And, no, sitting at the back won’t spare your blushes. Read our review here.

Criterion Theatre. Until 12 March. See website for timings and tickets.

I Am Not Myself These Days

Based on the bestselling autobiography by Josh Kilmer-Purcell, I Am Not Myself These Days is a new play about love and self-discovery in the flashy, trashy New York of the 1990s.

Ad man by day and drag queen by night, Josh battles his own alcoholism while desperately trying to make his relationship work with Jack, a high-class rent boy addicted to crack. I Am Not Myself These Days is one man’s unconventional journey to self-acceptance that resonates far beyond the confines of the story. And there’s a trailer too!

Based on the true, dark story of the traditional French song Il etait un petite navire, actress and singer Elena Hadjiafxendi and harpist Maria Yerosimou narrate in their own way crime stories from different cultures and music origins including tales and songs from France, UK, Greece, Cyprus, Spain and others.

Now joined on tour by her months-old son Tennyson, Lady Rizo is expounding on the joys of motherhood in her latest show Multiplied. The New York chanteuse and Nina Simone fan has picked up rave reviews on both sides of the pond with her blend of reimagined pop songs and stirring original numbers.

Want to know more? Check out our interview with her.

Broken Cabaret: Something, Something Lazarus

A new musical portrays the not-so-smooth run-up to a new show. Directed by Dan Phillips, book and lyrics by John Myatt and music by Simon Arrowsmith, there are strong queer sensibilities and language, song and perspectives pointed towards the world of cabaret,

The most unpredictable show in town delves deep into that teenage trauma this month. Eight established artists have created never-seen-before acts. Punk-drag-horrorshow Baby Lame (pictured above) plans to lose her virginity, burlesque star Ana Morphic is under the bedsheet and firestarter Snake Fervor is chasing her little brother. What can this all mean? Only one way to find out…

Photographer Holly Revell’s fascinating exhibition of her work reflects the transition from drag back to original self. The images echo post-performance emotion and fatigue, revealing the bodies which support their queens and the traces left behind post-drag. Subjects include David Hoyle, Scottee, Miss Cairo, Ginger Johnson, Jonny Woo, Le Gateau Chocolat, Myra Dubois, Bourgeois and Maurice and Holestar.

The exhibition will run from Wednesday the 9th March until Friday the 1st April at Lime Wharf, Vyner Street, E2 9DJ, with an opening party on the 9th March from 6-9pm to view the works and enjoy some performance from a few of the participants. See the Facebook event page for more details.

If anyone would know about ageing, it would Lynn Ruth Miller. The award-winning 82-year-old has rocked audiences from the Fringe to Soho Theatre via BGT and this month appears at the Royal Vauxhall Tavern. Full of usual joie de vivre, her 90-minute show is a sharp slice of hilarious musical comedy.

Like some of its neighbours, the future of Soho cabaret joint Crazy Coqs is up in the air. This month it hosts Julian Clary, Miss Hope Springs and Kit and McConnell. The latter’s Over The Yardarm Sunday night show combines new songs with more than a whiff of topical japery.

We’re always looking for new feature writers and reviewers. If this sounds like you, send our editor an email.