From Newcastle With Love 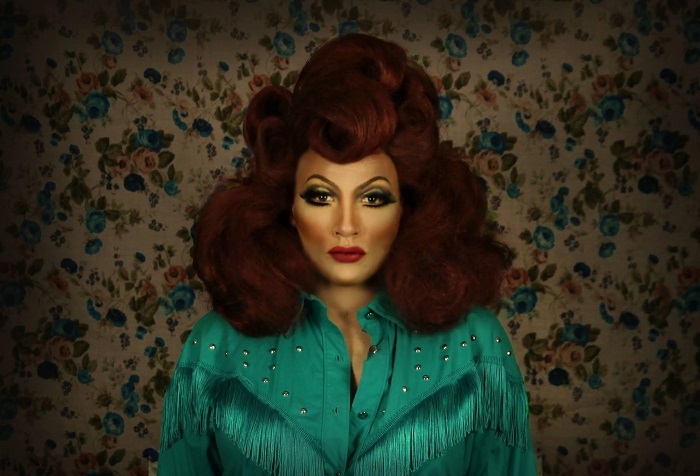 Next month, alt-drag producer and performer Scottee can be seen in Camp (As Christmas). He’ll be joined by a crew featuring Ginger Johnson who describes here her journey from the North-East to the capital.

When I first moved to London in 2010, I took a job making costumes for a show that had been touring for a while and needed a bit of a facelift before it opened its London run. It was what I had left my hometown of Newcastle to do and by chance, within days of arriving in town, this job landed in my lap. I was made up. Sure, I’d made costumes before, but not so many in so little time and on so little money. I had a lot to learn. I raided the high street and charity shops for pieces that I could do a few alterations to, or throw some trimming on them. As such, a six quid charity shop suit with a brush of fringing and the some shiny buttons found itself on the back of a rather modern Major General. Only, the trousers were at least three sizes too big and so the actor was furnished with braces in the name of modesty. Braces which he refused to wear on account of the fact that it wasn’t ‘entirely truthful to the character.’ Still learning. On opening night, at the dramatic climax of the show, the Major General stood up from the chair he’d occupied for the entire act and before he could get a word out, his trousers hit the boards.

The next show was press night and, with braces re-instated and that trouser malfunction all but forgotten, it was a stormer. After the show, a few of the performers were heading to see their friend do a turn at a pub down the road from the theatre. They knew I had done some drag before and invited me along. My experience of seeing a drag show up until that point had been in the flashy nightclubs and show bars that made up Newcastle’s ‘Pink Triangle’, where at any one time it was certain there was at least one drag queen in yellow fright wig lip-syncing to Tina Turner. And here I was, in the front row at The RVT being told to kill my family by David Hoyle. The show was outrageous, hilarious, and completely terrifying, and it gave me the preposterous idea that maybe I hadn’t come to London just to sew frocks.

I had known that already, of course. I’d been doing the act for a year-or-so by then and hadn’t gotten very far. Partly because I had never socialised on the gay scene and so hadn’t been placed, and also because I was young and a bit mouthy, I had been cast as somewhat of an outsider in Newcastle. I would do bawdy comedy in art galleries and then turn up to clubs and do performance poetry. I was weird, a bit precocious, and I was in a rut. I had things I wanted to say, but I didn’t have the skill to say them in a way that people would pay attention.

One week, in a sulk, I dressed in a copy of Jackie Onassis’ outfit from her husband’s funeral and convinced a group of fifteen-or-so friends to wear all black and head out into town with me to hang about looking miserable and take some photos. I’d decided that I wanted to go out and say something, that I wanted to tell the truth, so obviously I’d sewn the words ‘Drag Is Dead’ onto my back in pearls. The first bar we arrived at was rammed and we shoved our way through a sea of disapproving looks only to discover that the venue was hosting the gala homecoming gig of the previous year’s Drag Idol winner. Every drag queen on the scene was in attendance, every one of them dressed as a man out of deference.

I’m not sure how long it took, certainly not long enough to realise what was happening, but soon there was the best part of a pint of warm cider leaping from the hand of a punter and hurtling towards my face, accompanied by the line ‘THIS’LL BRING HER BACK!’ The room fell about in fits and I skulked off into the night, mascara running and only some of my tears summoned up for the camera. If only I’d already learned my lesson from that Major General: If you’re going to be entirely truthful, you’re going to have to be prepared to get caught with your pants down every once in a while.

Ginger Johnson stars in Camp (as Christmas) touring the UK from 3rd – 23rd December. More information and tickets from http://campery.co.uk

Image: Holly Revell. Do not reproduce without permission.