INTERVIEW: Scottee On Why He Loves The Estate Life 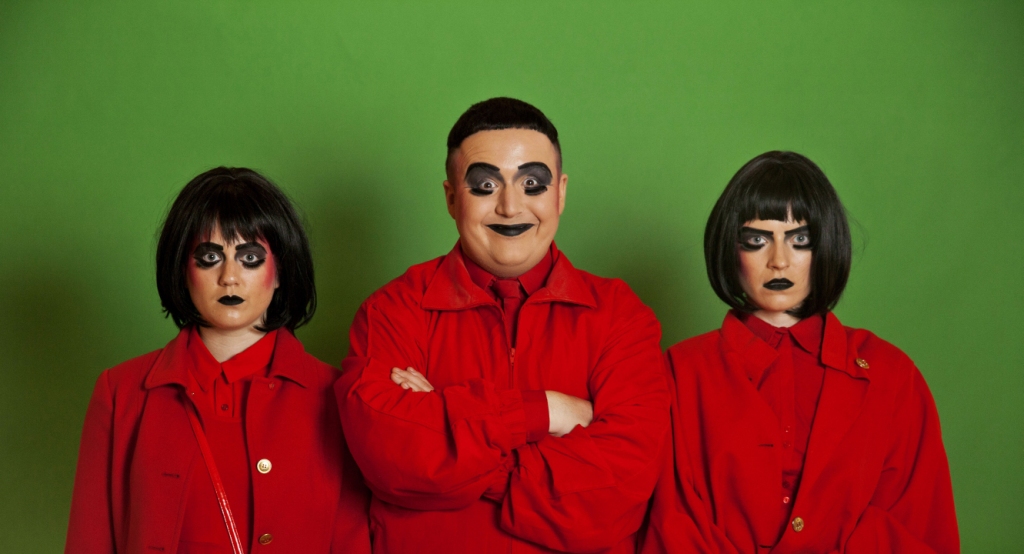 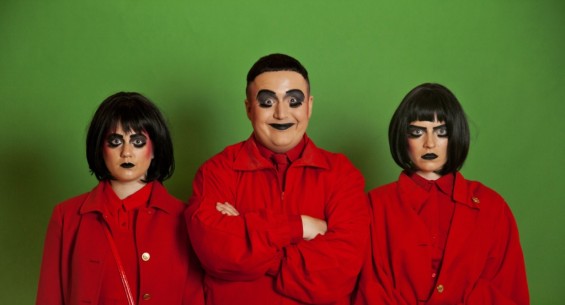 Camp (On The Estate) runs from 11-14 December before he takes the show to Melbourne and Camden.

With the controversial HS2 rail scheme about to tear apart the Regents Park Estate where he lives, the just-as-controversial performance artist Scottee is not feeling the need for speed. Before the demolition crew move in, he has assembled a crack squad of cabaret artists to say a special goodbye to the place in style.

On 11-14 December, the man behind  the plus-size talent contest Hamburger Queen will host a special festive episode of his Camp, a variety showcase which he will take next year to Australia and Camden’s Roundhouse. Appropriately enough renamed as Camp (On The Estate), the venue for this final hurrah will be the estate’s Dick Collins Hall and Scottee will be packing it out with a headline cast featuring alt-drag Boom & Bang compere Jonny Woo, anarchic duo Bourgeois and Maurice, genius lipsyncher Dickie Beau, and tapdance tsarina Josephine Shaker amongst other star names.

There are some fascinating site-specific touches too above and beyond the actual show’s location. Based in the local laundrette, artist in residence Tom Marshman will be talking to the locals about HS2 and playing back what they say in the loos during this version of Camp. Meanwhile, spoken word artist Polarbear has been commissioned to write a piece which will be projected onto the side of buildings before they are demolished and a free show is being planned for the over 60s with free sandwiches and mulled wine thrown in.

Its obvious from all this that Scottee has a deep love for the estate life and the community spirit there. Before moving to Regents Park Estate, Scottee spent some of his formative years just a mile away on Kentish Town Estate. We parked him on our big leather couch and probed him about those early days.

What would you say was your strongest single memory from your time on the Kentish Town Estate?

Playing out! When you grow up on an estate all the other kids that live around and on top of you become adopted siblings and you act like a pack. I was always allowed to stay out quite late because we were safe together, especially on long summer nights when our parents were at the pub and we were high on gobstoppers. I think this is a phenomenon that only council kids truly understand. My brother has grown up in house in Essex and he doesn’t have the luxury of knowing all the local kids, playing run outs and causing havoc.

When you were 14, you were expelled from school. What happened?

The easy answer to this is doing things good Roman Catholic boys shouldn’t do. Its the punchline to my solo show The Worst of Scottee that opens in Melbourne in January and the Roundhouse in February so I won’t spoil it!

Did you come out while you were living on Kentish Town Estate?

I was forced out aged 14. Before that, I was having underage sex with some of the boys on my estate – another benefit to council house living! My estate was a very macho environment and my coming out wasn’t really accepted. There were threats towards me daily, I become the butt of all jokes and spent a lot of time in my room isolated. I guess my friends didn’t understand my “condition”; it was alien to them, the only gay people they had come into contact with were those late 1990s comedians from the telly that did jokes about putting things in their bum. Hardly role models.

Is Camp a reaction against your past or a product of it?

I think Camp is a reaction to my council upbringing but not a reaction against it. Camp is about celebrating working class entertainment: coming together, having a laugh and giving it a go. I chose the estate I lived on to stage the show for two reasons. The High Speed 2 project is intent on gentrifying the area so its a sort of last hurrah before the influx of Prets and because I believe council estates are the last place you can find community in London.

You’ve said before that “I’ve got council radar and can spot a fight a mile away.” Would you still call yourself streetwise?

I am indeed streetwise. Its a result of been mugged, beaten up and making quick escapes from other gangs. I do find myself looking streets ahead for the next sign of something kicking off but this was survival in a different time. My estate now is full of people trying to make a better life for themselves; its quiet and people help each other out. Kids today don’t need to worry about that sort of things any more. I’m a fond believer that if you stay away from trouble it won’t come looking for you.

Would seeing someone like Tom Daley come out have made a difference to you when you were a teenager?

Let’s clarify that Tom Daley hasn’t come out. He has merely stated he’s in a relationship with a guy and that he still fancies women. Before his YouTube declaration of bisexuality, Tom was a sort of hero for young men in this country, an attractive and fit Olympian with a TV career and a measured amount of fame. Tom’s “coming out” as bi means he has normalised this for a lot of young people and might help those make similar steps to coming out.

I think he’s strongest statement was that he didn’t want this to become “a thing”. And why should it? One day people in the public eye will just be gay, bi, transexual and it will be the same as saying “oh have you seen whose now blonde?”

The full castlist and ticket info for Camp (On The Estate) can be found here.