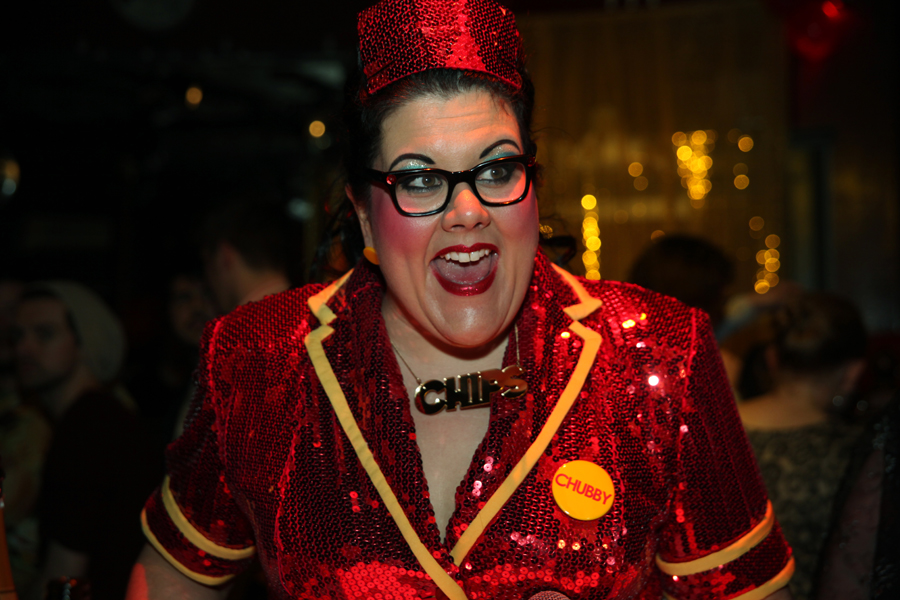 While talent shows are a divisive topic in cabaret, Hamburger Queen (known as Burger Queen in 2011 and 2012) has won a special place in the scene’s calendar.

With a revolving panel of high-calibre judges, updates from Jude Bean and a rocking atmosphere throughout, Hamburger Queen is one of March’s hot tickets.

Winner of the London Cabaret Awards’ Best Venue prize in 2012, the Royal Vauxhall Tavern has housed all the (Ham)burger Queen heats and finals since the beginning.

Scottee, the great panjandrum of Hamburger Queen and its Master Of Ceremonies.

One of these assistants is not like the others: Jayde Adams competed in last year’s Burger Queen.

The contestants have three chances to demonstrate their talents.

The contestants are judged on Talent, Trend and Taste.

Be loud and be proud: Hamburger Queen is not for shrinking violets, greens or other hues.

Scottee’s outfits deserve their own billing.

This week’s winner was Kayleigh O’Keefe.

Quite what Michael Douglas was doing here, we have no idea.

The world is divided into those left gobsmacked by Jayde Adams and those who haven’t yet seen her.

Hamburger Queen will be taking place on 14, 21 and 28 March at the Royal Vauxhall Tavern. More information can be gleaned here.