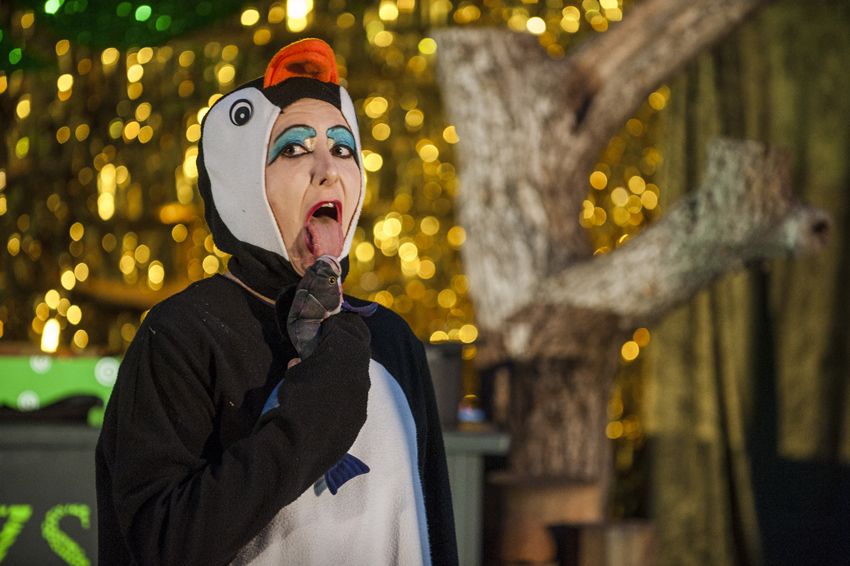 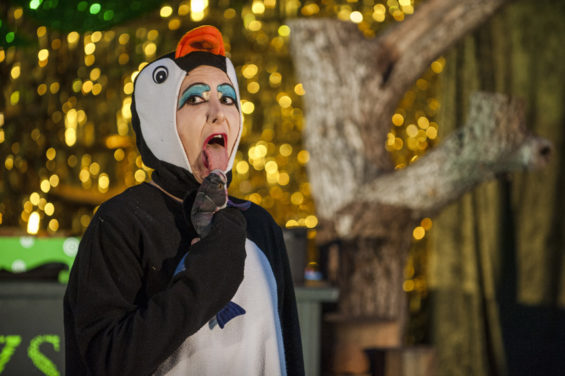 Do Zoo Lates have the competition licked?

As the weather gets hotter, you may feel the urge to sate those animal instincts. Where better to unleash that inner tiger than London Zoo which has started up again its series of after-work Friday night extravaganzas, Zoo Lates?

As wild as anything on display last year, the latest series features a fairground, food stalls, silent disco and more animal onesies that we had hoped to see in a lifetime.

No mind – the cabaret on offer is more than enough to take our minds off fashion aberrations. London Zoo have found an excellent host in Myra DuBois; like a coiled cobra, the foul-mouthed drag queen is happy to hilariously lash out at any audience member with the temerity to attract her attention. The show itself runs through twice from soup to nuts but DuBois’ quickfire wit is worth sticking around for all the way through.

Other acts bear repeat viewing either here or another venue. Josephine Shaker is the penguin queen with bold rhythmic tapdancing and a dazzling presence; talk about Happy Feet. There’s more hoofing from Jayde Adams as she takes us through a medley of songs in with ever-inventive moves to accompany each number. Hairy trio The Dream Bears lift the roof with their barnstorming brand of boylesque. On the flip side, Rayguns Look Real Enough may look the part but their bog standard pub rock act hasn’t improved since we last saw them other than with the addition of some crowd-pleasing audience interaction.

The event is regularly sold out so we heavily suggest moving more like a cheetah than a sloth when it comes to getting tickets. Full information can be found here.

Party down at Zoo Lates all through the summer.

Bees do it at Zoo Lates

The Dream Bears at Zoo Lates

The Dream Bears at Zoo Lates