The Week in Cabaret: From Weimar to Twin Peaks 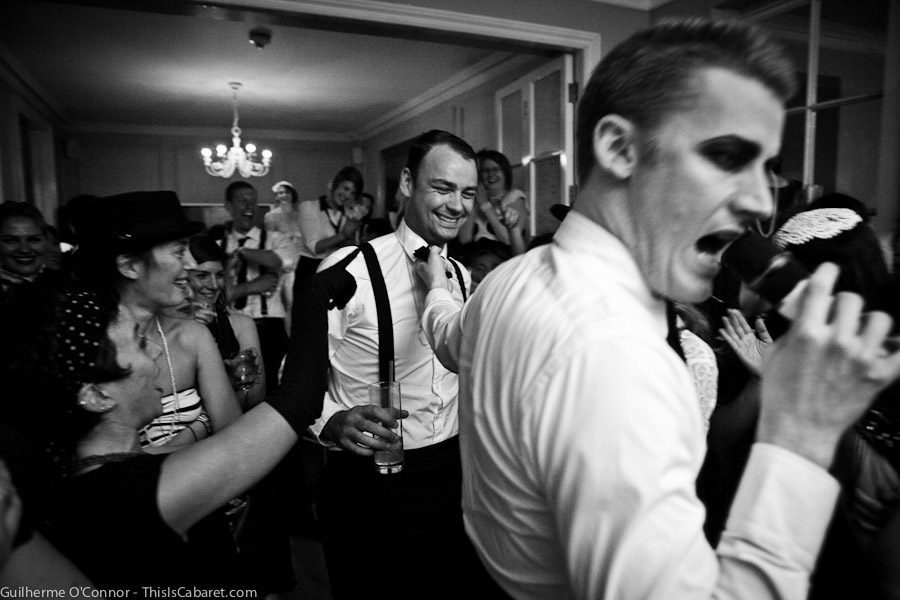 The cabaret alternative to the Sunday football match was the Clittorati Party, hosted at the Paper Dress Vintage boutique in Shoreditch. A full-day event (for variety standards), it started mid-afternoon with a merkin-making workshop followed by performances. The event’s agenda was to raise awareness and funds for the cause of stopping female genital mutilation. Organized by Lady Cheek of burlesque school The Cheek of It! in association with The Orchid Project and hosted by ukulele diva Tricity Vogue, it presented an all-star line up comprising singer Ivy Paige and burlesque dancers Mister Mistress, Hotcake Kitty and Luna Rosa (the latter contributing a monologue from theatre show Burlexe) among others. 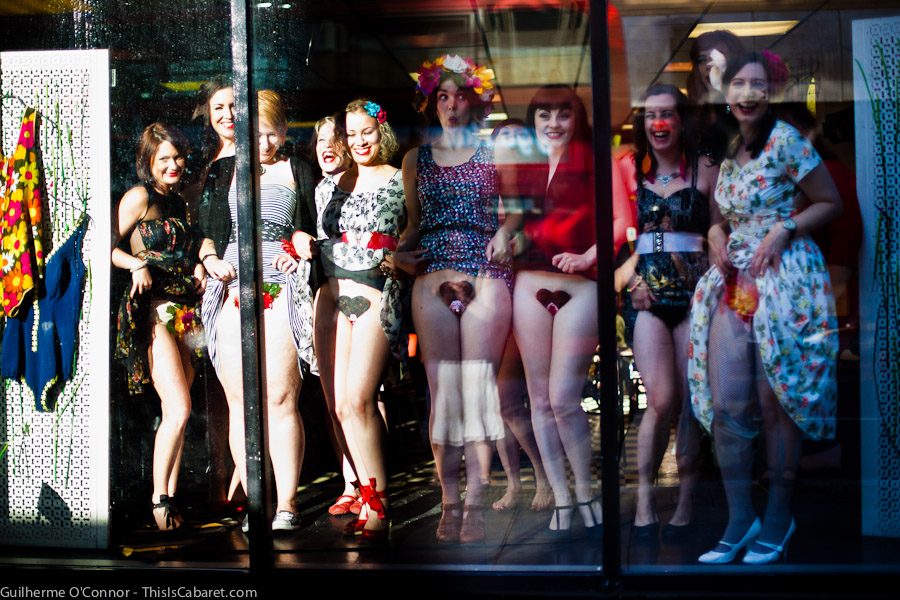 Flash forward: Shoreditch gets a taste of the merkins handcrafted at the Clittorati Party

Dedicated to those who have transcended gender, David Hoyle‘s latest residency Pandregina bowed out on Thursday. Playing to a packed out Royal Vauxhall Tavern, it offered a fascinating collision of art porn, song and buckets of invective. Professional opera singer Sjaak van der Bent‘s powerful voice, cocktail dress, pink gloves and pearl necklace complemented his well-toned physique and geek spec. Later, the savage artistry of gay mock-rape short film Revanche 1 starring Ashley Ryder, three schoolgirls and a baseball bat was a jarring gem of sexual juxtaposition. Hoyle saved the best for last with Penny Arcade‘s biting social commentary and Al Pillay bringing the curtain down with her tribute to the songbook Dorothy Squires.

Hoyle popped up again on Saturday, this time as a guest of Dusty Limits in the Priceless London Wonderground spiegeltent. The second date of The Outer Limits did not sell out, but the select audience there saw Limits try out new numbers in between two epic turns from Hoyle and Dickie Beau, in his celebrated Judy Garland miming-lip-synch tribute. Beau is the closest this country has to a genuine medium: an auteur of the airwaves who can put flesh onto recorded sound in a manner both gripping and disturbing. 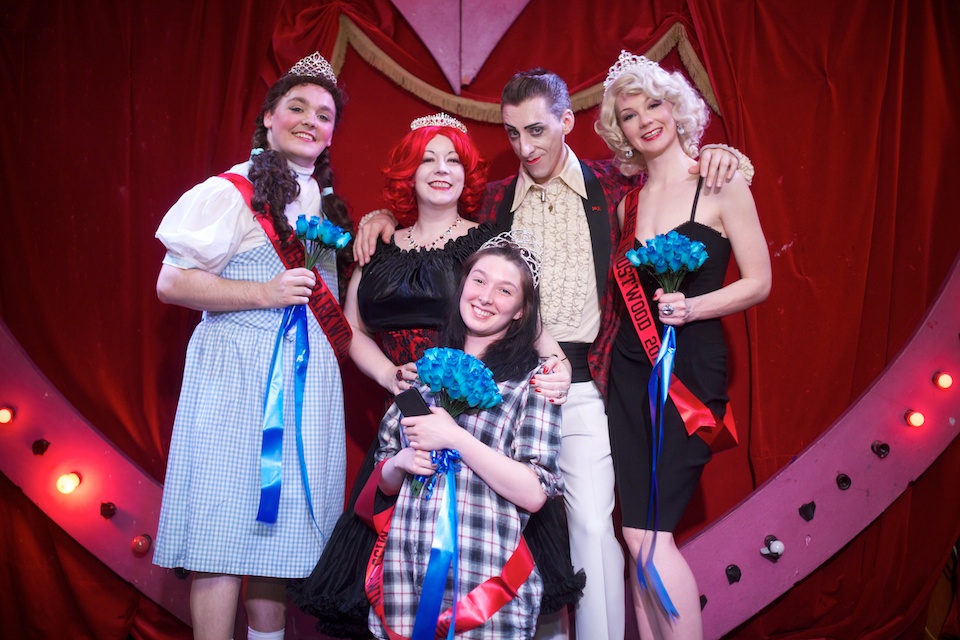 Unusual for The Double R Club, a handful of loud patrons elicited stern rebukes from compère Benjamin Louche. Apart from that brief mishap, though, the night proceeded with its usual flair: any engagement that ends with the entire cast following the suave host into a collective “paso doble” is nothing less than an outstanding success. The eerie beauty pageant marked the end of the show’s first season of the year. Expect more Lynchian mayhem when the Club returns on September 20th.

Herr Kettner’s Kabaret is a new Weimar-inspired event at the stylish Soho bar and restaurant. Scattered across different rooms in two floors, it featured a photo booth, an absynthe room (sponsored by Pernod) and an improvised small “ballroom” with live vintage jazz by The Boomtown Swingalings, a tame sextet that nevertheless moved the odd couple to attempt brief charleston steps. Herr Kettner’s Kabaret joins the long line of shows and parties that claim a Weimar angle from a hazy vintage ambience and DVD projections of the ubiquitous Liza Minelli film. Like its peers, it achieves little more than an excuse for 20-year-olds to raid their grandparents’ closets and drink overpriced cocktails. The variety programme took place in a tiny room with an improvised raised stage, which left Suri Sumatra with little room to avoid hitting walls and lamps in her Metropolis tribute burlesque number. The one performance that didn’t suffer from the cramped space was Dusty Limits’s audience-abusing stunts, backed by Michael Roulston on grand piano through a set of period tunes and more modern fare like The Dresden Dolls’ Coin-Operated Boy.

Drag crooner and pianist Miss Hope Springs inaugurated a new venue on Sunday with her cheerful tunes and smooth comedy. An intimate fully seated space in the basement of Brasserie Zédel in Piccadilly, Crazy Coqs Cabaret boasts an elegant ambience with slick art deco interiors. She will hold a residency called Miss Hope Springs’ Sunday Soirée at the new haunt, beginning on July 1st. Running from 7 to 9 PM, it’s a relaxing weekend-ender to unwind and ease you into the week ahead.

Correction: this article  was emended on June 27th, 2012. It previously omitted the name of Miss Miranda, the fourth judge of the 2012 Miss Twin Peaks contest.