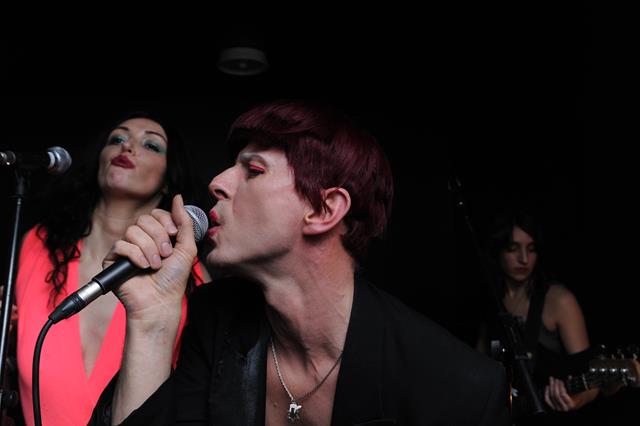 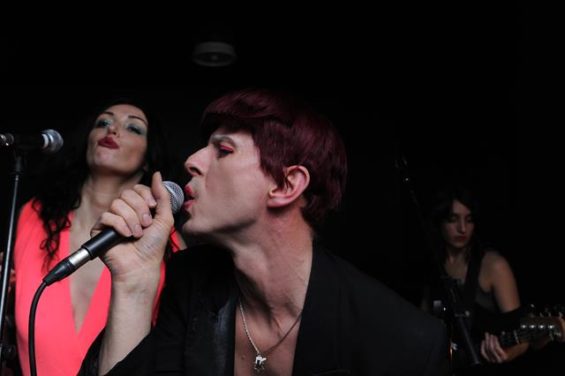 Being called an East End drag legend may sound like an epitaph but Jonny Woo is currently making like Conchita Wurst and rising like a phoenix. He hosted regular variety circus show Boom & Bang at The Roundhouse, he has a new band, helped open a new cabaret venue and given lectures here, there and everywhere. Oh, and now he’s acting in a new theatre project Hellscreen. Whatever he’s drinking, we’ll have a double.

His latest artistic venture sees Woo take on the lead in a play which fuses film, animation, music, immersive design and theatre. It is set in the contemporary London art scene but takes its inspiration from a classic Japanese horror story. Woo plays a talented contemporary artist whose horrifically dark personality makes him an outcast in already dark circles.

Written by Morgan Lloyd-Malcolm (You Once Said Yes) and directed by Rachel Parrish, this macabre moodpiece will no doubt be enhanced by its venue, The Vaults. The collection of underground caverns is currently host to the Vault Festival which goes on until 28 March. You  can catch Hellscreen there from 25 February to 8 March.

What drew you to this play as an acting project?

My friend the director Rachel Parrish approached me and said I’d be great for the role I am in. I read the script and loved it and thought let’s go for it. I didn’t realise the challenge it would be, as it is so different to what I do; I don’t usually “act” in other people’s plays but I am trying to push myself as a performer and wanted to give it a go. Also, it’s a really great horror and I love the idea of theatre being exhilarating and terrifying. Rachel is a super director too, and Morgan has written a killer script.

Tell us about Frank Holt, your character. How does he compare to your real self?

Closer than I would like! Tempestuous, egotistical, changeable, driven, obsessed. He takes his obsession much further but I can see where he comes from. He’s not totally horrible but does extreme things. I am fascinated by extreme things and grotesque ideas and confronting the audience. So I dig him!

Congratulations on the Glory! How is it going there?

It’s been a great success and thank you. I have been super busy with loads of projects so have not developed new work there yet, but it is coming. (Talent contest) Lipsync1000 is a revelation and makes me so happy. We have a great comedy night coming from Jayde Adams which I am really looking forward to. We are going to be exploring shows beyond the gay realm, so watch out!

You had a very varied 2014, not least as a compere, lecturer (at the Wonderground and in East London), actor and publican. Which brought you the most pleasure?

I love my new band TRANS(former) which covers Lou Reed’s album of the same name. We performed Latitude and had a blast. It’s such a great feeling to be rock and roll, so different from other projects to date and such an honour to work with such amazing musicians.

Your recent “East London Lecture” chronicled the rise and fall of East London from the Nineties through theatre and oral histories. What did you learn from the experience and where is the project going?

I loved making my East London Lecture and will be developing it soon. It coincided with the opening of the pub so was stressful and I am learning at dealing with stress levels but it was the start of a new project which I have been thinking about for years now. It was so good to do the research and really taught me a lot about how people actually feel about change and how we place our own perceptions on what people think and are actually wrong in many cases.

What’s your take on that hot potato of gentrification? Is the gay community disproportionally losing out?

I think it’s a shame to lose LGBT venues. I have always loved a gay bar. I think “gentrification” is done and over, development is in and it does not discriminate it does not care and if a business is gay or not. If the business is not strong enough, it goes under.

Unfortunately many gay venues are independent and do not have the strength of a chain. This makes it all the more depressing as they are run by individuals making a living. The shape of the city is changing. We can fight it and I think  we might make small gains or roll with it. Opportunity lies in unlikely places and there are new underground scenes emerging off the radar, lets hope they stay like that.