Who Loves Conchita Wurst The Most? Not The UK And Irish Public… 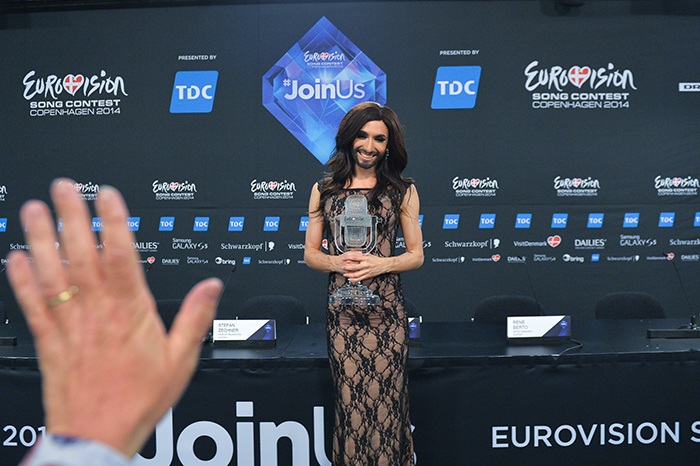 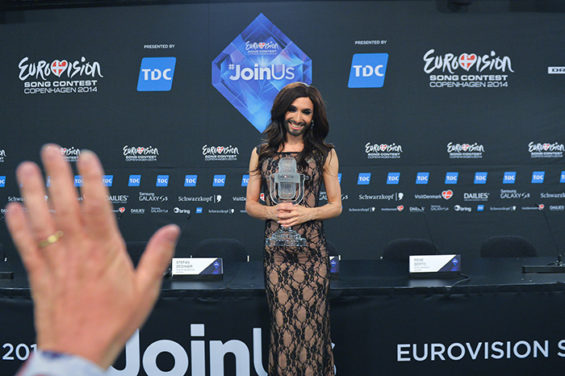 Conchita Wurst won the Eurovision Song Contest 2014 – but did the jury system give her a helping hand?

Saturday night was alright for Conchita Wurst as the bearded drag performer walked away the winner of Eurovision 2014. In the UK and Ireland, however, it seems that the public were rooting more for a very different act.

Held in Copenhagen this year, the contest is (in)famous for its bonkers balladry, ear-bending Euro-disco anthems and fashion-unconscious outfits. Away from the stage, though, the constant criticism levelled at Eurovision is all around the p-word. Its most famous commentator Terry Wogan quit in 2008, saying that politics in the form of tactical voting had made the international songfest  “predictable” and “no longer a music contest”.

This weekend’s event saw politics crop up again albeit in two unexpected ways.  Last week, it was reported that petitions launched in Ukraine, Russia and Belarus, all of whom had entered Eurovision, were calling for the Rise Like A Phoenix singer to be disqualified, or edited out of the broadcast in their country. Given the final result, it is obvious that this move in no way backfired at all. In an unusual move for what is often the friendliest crowd outside of an ecstacy-powered rave, the Eurovision audience booed any mention of Russia throughout the proceedings. Moreover, many countries west of the Urals happily doled out maximum points to the cross-dressing contestant.

Away from the delirium of Saturday night/Sunday morning, though, a very different picture has emerged. For the first time, the Eurovision organisers have published all the voting data and it makes for some very interesting reading. Questions will no doubt arise on just how representative appointed juries are of national sentiment – an issue not just affecting Eurovision.

Across Europe, the contrast between what the jury and the public appreciated was starkest in the United Kingdom and Ireland. The UK jury gave douze points to Austria but they frowned upon the soft porn antics of Poland’s Donatan & Cleo and placed them last overall. Outside the BBC studios, the mood was very different with the duo’s We Are Slavic being voted the favourite song based on tele-votes with Wurst coming in third place. It was a similar picture in Ireland with the Poles being the public favourite and the national jury relegating them to the bottom of their preferences. Despite the overwhelming popular approval, neither the UK nor Ireland awarded Poland any points.

Elsewhere around Europe a similar picture emerged albeit to lesser degrees; in fact, by taking only the tele-votes into account, Poland would have ended the night fifth overall (just behind Sweden and Armenia) instead of their eventual 14th place.  The night threw up some other surprising (and unsurprising) results. In Russia, the jury did not see fit to award Austria any points (at least pretend to look shocked) while, as in the UK, the winning entry polled third with the public there. In what may be seen as a vote of confidence for the current system, both the juries and the public across the continent individually and in aggregate put French misfire Moustache rock bottom in their estimations. Tant pis!