View From The Pews: Why The London Cabaret Awards Needs New Judges 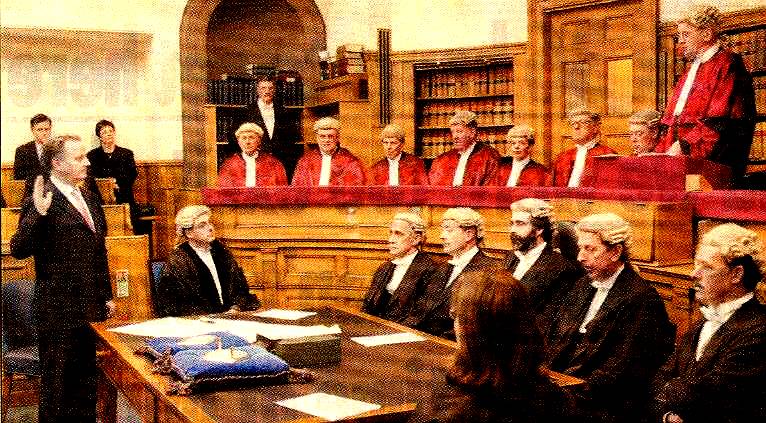 As recently as three years ago, most cabaret performers were unlikely to win anything more than praise. Genre-specific trophies like Burlesque Idol, Drag Idol and the Musical Comedy Awards have been around for a while but, until the arrival of the London Cabaret Awards, there was no mass celebration of the scene as a whole. All that changed in 2011.

Set up by Excess All Areas, the talent agency run by Paul L Martin, the London Cabaret Awards return tonight with a ceremony being held at the Lost Theatre. The Awards have quickly established themselves as the sine qua non of recognition for the variety scene, a position which will only be strengthened by Time Out’s exit from cabaret coverage; seeing the latter’s “Critic’s Choice” acclamation on an artiste or show’s website will soon become a dated reminder of what was, and not what is, worth seeing.

The shortlist in all categories has already been published to the now customary wave of backslapping and eyebrow raising. While I heartily congratulate all the nominees and sincerely respect the work of the awards and the judges themselves, I believe that the time has come for a new judging system. Why? Well, the current one has some rather major flaws.

Perceived and actual conflicts of interest

London Cabaret Award judges are handpicked by Excess All Areas honcho Paul L Martin more recently based on suggestions sourced from the outside his company. Without exception, all judges thus far have been producers, programmers, performers or other backroom staff working within the cabaret industry. Every one of them has a strong financial or artistic link to potential (and, in most cases, actual) LCA nominees and award winners.

Ben Walters (producer of BURN and co-producer of This Is Not A Dream) tackled this issue head-on when he was a member of the panel for the inaugural awards, detailing how judges withdrew from those categories in which they had an interest. This “hokey-cokey”-style process though, gives the deciding judges greater influence which could mean any ignorance or prejudice has a greater effect on the final result. This absention system has also done little to stem possible perceptions of self-interest for example in cases like the Best Venue Award. In all three years, the judging panel has contained a venue programmer (the Royal Vauxhall Tavern’s Catia Carico in 2012 and 2014 and Madame Jojo’s Walt Utz in 2013) and that programmer’s venue has either won (in the case of the RVT) or been shortlisted (Madame Jojo’s last year and the RVT this year).

On the flip side, Excess All Areas’ role means that its acts are out of contention from the off leaving its coterie of acts as onlookers through no fault of their own. This applies not least to Paul L Martin himself, a high quality performer in his own right who can be seen compering Showtime at the Café De Paris.

Who judges the judges?

Even with the hokey-cokey judging system, it is hard to shake the suspicion that the judges that do decide the nominees are not all completely impartial. Obviously, none of them would be foolish enough to make their feelings about nominees public. Well, apart from one.

This Is Cabaret was in the shortlist last year for Best Newcomer alongside the brilliant Charlie Hides and the peripatetic tonnes of canvas known as the Spiegeltent (inside which I have spent many an excellent evening). All of us had equal chances of walking away with the award – or did we? After the shortlists were announced and before the actual awards ceremony, LCA judge and Madame Jojo’s programmer Walt Utz took to the Facebook page of Cabaret Roulette (one of his venue’s regular nights) to say:

Um. Yes. Not OTT in the least. Quite how Utz knows what it is like to be hunted by a vicious East End crime syndicate is at present unknown. Maybe he’s alluding to my Sicilian origins? Utz only knows. I think it is fair to conclude that he was (and probably still is) not exactly a fan of this site. We can take that. At least he wasn’t being really personal about any of the editors, especially one he has neither met nor corresponded with. Oh.

Again, quite why a critic needs to produce a show to be qualified to describe and analyse one is not entirely clear. In fact, I go out of my way – more than any other culture editor, I would wager – to get subject experts and actual producers like Chrisalys, Jackie Le and Ed Gosling to review shows hence avoiding the “eunuchs at an orgy” attitude flaunted by many other sites from the Guardian through to Remote Goat and Such Small Portions. And do I need to charge admission to this site to justify being a critic? Utz’s outbursts are his own business and have not affected which shows we cover; for example, I personally arranged for an international drag star to review one of his recent productions.

Of more concern than the outpourings of one obviously biased judge is that a year later these childish insults are still online, no apology has been received from Utz or Excess All Areas and no attempt has been made by the latter to comment on Utz’s actions or discipline him for publicly insulting a shortlisted nominee that he had been asked to judge fairly.

Is there a possibility that  any of this year’s judges are similarly prejudiced? You may think that, I couldn’t possibly comment.

A decided lack of transparency

From soup to nuts, the judging process is shrouded in mystery. As it stands, the judges’ names are not revealed until September, a couple of months before the longlist is announced. No details are released on which shows or performers were reviewed by the judges, how many and which judges attended shows or how they came to their decisions. Truly, not even the Freemasons are this secretive.

Wondering why your favourite act, show or venue didn’t even make the longlist? Join the queue. The current process leaves the public entirely unaware of exactly who or what is in contention for an award and, conversely, who or what were never in contention. We politely asked to see a list of which shows were attended by judges and were politely told this wasn’t possible as such a list did not exist. The cabaret rumour mill thrives on uninformed views of the awards, the nominations and the judging process; with very little to go on, who can blame them?

A disconnect between public feeling and nominations

Being experts in their field, we do not expect the judges to consult the hoi polloi on every decision they make. One of the strengths of the LCA’s system is that it employs a wide range of experienced and informed industry figures. While the judges should not be steered by public sentiment in preference to their own critical faculties, there are at least four cases where it seems this year that the nominations do not reflect popular sentiment or the situation on the ground.

Supperclub shows at Café de Paris have been packed out every week in a very difficult year for many productions around the capital yet the historic hall is not recognised as one of this year’s best venues. Boylesque has never been more popular going by the crossover success of Meth aka Mr Mistress and Phil Ingud and shows like Boylexe yet the ten longlisted nominations for Best Burlesque Act are all female. In contrast, the latest Best Drag Act longlist suggest that, if there are any noteworthy drag kings in town, there at least ten better drag queens. Alp Haydar has twice won the LCA’s only award voted for by the public yet has been consistently ignored by the judges over the last three years and this year was not even listed among the hundred or so LCA-proposed suggestions for the public audience vote. Unsurprisingly, Haydar failed to make the shortlist for this award for the first time.

If the London Cabaret Awards did decide to use an alternative model in the future, there are certainly more than a few out there. The Off West End Awards uses a superpanel of respected theatre journalists supplemented by the views of a select number of freelance writers, bloggers and critics. For their wildly popular annual Top 50 poll, 21st Century Burlesque relies entirely on public nominations while The Stage Awards invite suggestions from the public and a judging panel chooses the final winners. None of these tried and tested schemes fall foul of the above drawbacks of the current system used by the London Cabaret Awards and all are worthy of consideration as an alternative to the status quo. Turning over the judging to those in the pews will be a mature step forward for both the Awards and the cabaret scene as a whole.

This article was updated to correct the method of judge selection.