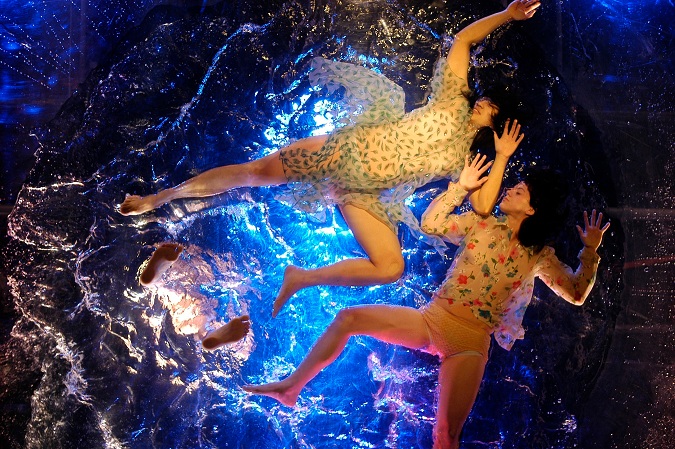 Fuerzabruta, the show that re-opened Camden’s Roundhouse back in 2006, is back for a month-long run in the most immersive venue in London. Despite returning to the fray with much media hype and mixed reviews, I decided to give it a chance. 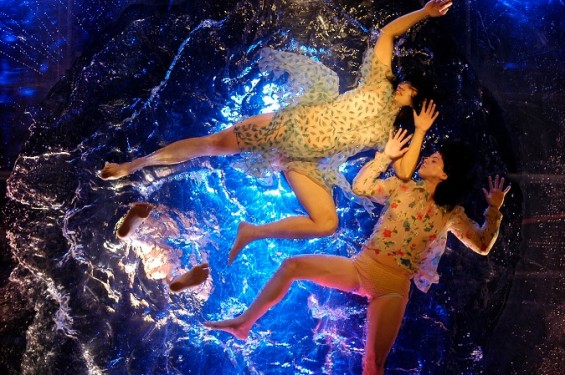 Fuerzabruta continues at the Roundhouse until 26 January.

This show certainly knows how to crank up the tension. After being politely shepherded into the small womb-like centre of the room, surrounded by a muffled music soundscape, anticipations build up of some kind of mind-blowing experience. On this particular night even the show black out at the start provokes loud screeching screams and yelps from a group of teenagers nearby. Maybe they were simply enjoying being stood in the darkness but is this enough nowadays to impress an audience?

The screaming gives way to pushing and being uncomfortably pressed against other members of the crowd. Encircled by a metallic cloth, the audience is crammed together as they watch the spectacle around them. Its no understatement to say that for the most part of the show I wanted to run to the nearest exit.

Overall, there is no unifying theme with a promising opening failing to fit in with what follows. We watch a central character running endlessly through an assortment of boxes, wild weather, plastic tables and chairs; this visually impressive and poetic allusion to life on fast forward bears little relationship to the subsequent episodes of technical skill.

Being a circus performer, I’ve previously watched many forms of impressive advanced aerial rigging throughout my career. In one particular section, Fuerzabruta’s rigging is visually notable, and not in a good way. What looks like a giant upright ping pong bat is frantically rotated by technical staff while the performers desperately attempts to make the audience applaud. I was personally more captivated by a technician that had fallen and was unable to hold onto his position and guiding rope. For me, there was a distinct lack of artistic intent and this episode dwelled unnecessarily upon the technical chaos which made me feel uneasy.

A series of descending water filled screens, featuring real interaction and jam packed artistic vision with notable characters, are the highlight of the show. The physical athleticism of the performers’ is on full display with excellent lighting providing harmonious images to accompany the movement. This is a wet and wild act with much thought apparent over the quality of movement and dynamics of this section. The close floating screens above our heads give the audience a much-appreciated chance that is rarely afforded in theatre to touch and feel the scene.

Fuerzabruta is not short on harness work. At one point, a giant inflatable plastic dome entraps the audience in a whirlwind of shredded paper as performers descend on ropes and harnesses and snatch up audience members for a high flying experience. On the whole, though, the heavy physical repetition of this technique feels overused. An injection of more acrobatic skill would add to the spectacle and make use of some of the colossal rotating swinging structures.

So does this prodigal production meet expectations? How true is the promise of “mind-blowing visual effects”? The show itself is a mixed bag. Those looking for an energetic spectacle will not be disappointed. There is much to admire but also many moments of fruitless and uninspiring segments. Ultimately, it proves to be a show that will either be lapped up or will not move you at all.

Having promised a friend that he would enjoy the show based on what I had heard about its return, I couldn’t help but walk back down a cold Camden high street feeling unfulfilled and artistically empty.

See below for a taster of what to expect from Fuerzabruta

One alternative to Fuerzabruta is Cirque du Soleil’s Kazoo. Read our review here.