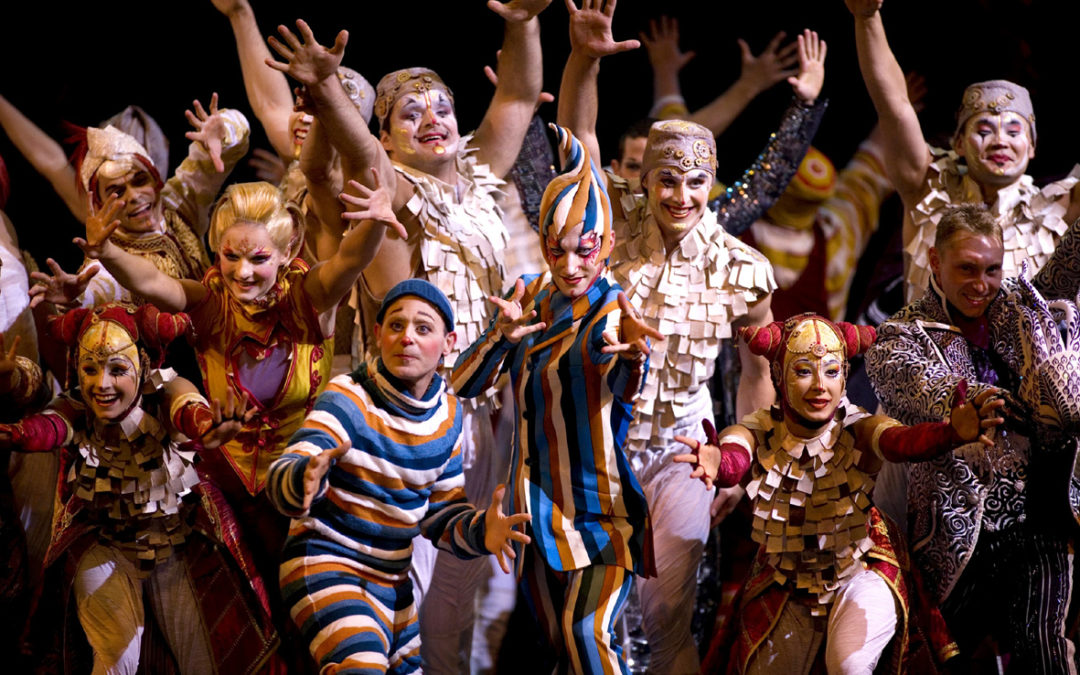 Cirque du Soleil return to London with the follow-up to last year’s smash hit Totem. As the most expensive circus show in town, does it warrant your hard-earned? Ed Gosling investigates.

When one of the world’s most acclaimed circus companies rolls into town, its time to sit and take note – up to two hundred notes if you want the best seats. A year after Cirque du Soleil raised their Totem at the Royal Albert Hall, they’re back with new show Kooza. Did I say show? Event would be a better term, and well deserved. 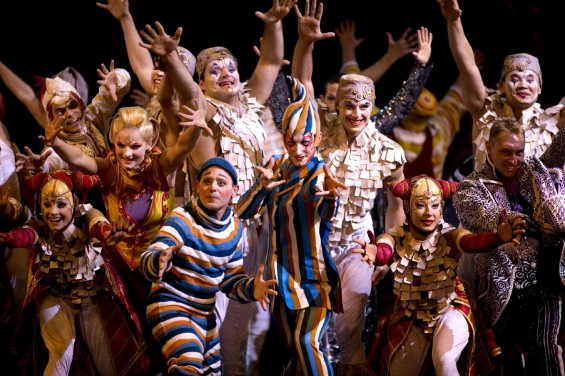 Cirque du Soleil’s Kooza will be at the Royal Albert Hall until February 10.

Like Totem, the production values here are, like Cirque’s space tourist CEO, sky high. Every part of the evening reeks of quality and attention to detail. Kooza promises to be “an adrenaline rush of acrobatics in a zany kingdom” and there’s no disappointment on that front.

A slow start leads to a phenomenal three person contortion act. The transitions are fast and effortless. The shapes and lines are perfection and the performers intertwine on a rotating plinth which superby highlights the different positions to best effect. Later, a high wire act leaves me with that first feeling I had when I was a child and I first saw Cirque du Soleil. We see four wirewalkers dressed in Arabian white outfits fencing high above the ground and leaping over each other. Suddenly, one of them falls and, at the last moment holds on leaving the audience gasping while I feel slightly breathless and intoxicated.

Compared to Totem, though, which relied on metaphor to tie it all together and convey ideas, Kooza is much more direct in its approach. As with any cabaret production, there is no fourth wall here. Clowning is very much at the centre of the show with audience members being brought on stage throughout the show for a variety of comic interactions. (For some reason, the “victims” tend towards older men in suits which made for some enjoyably awkward comedy.) Towards the end, a character called The Pickpocket chooses a volunteer for what at first appears to be a humdrum magic scenario which takes a wonderful sideways direction. 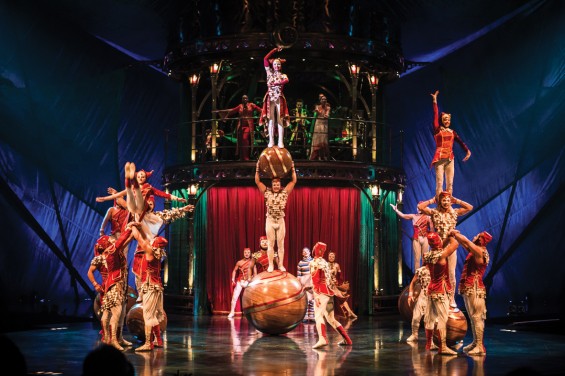 Its not just the human element of Kooza that deserves high praise. The venue itself is well-chosen as so much of Kooza is set above the audience: the high-wire; the Wheel of Death; the balancing on a tower of chairs; the trapeze; the teeterboard flips – all seemed designed for this kind of tall amphitheatre and when it all comes together Cirque du Soleil are the best in the world. The pacing is energetic and fluid with a tempo that deftly changes from one feat to another, while equally hiding more complex rigging changes such as for the Wheel of Death. It’s hard to imagine many other companies pulling this kind of transition off as the whole of the Albert Hall suddenly explodes in colour and movement complete with a giant confetti canon.

There is very little that lets this show down. The swinging trapeze act for example had a throwback costume apparently dug up from the 1980s, bad hair extensions and worse music and there’s a danger at one point of the whole show veering into cheesiness. High class cheese to be sure, but still definitely cheesy. The hoop manipulation acts are well-lit and the walkovers (a forward flip while spinning two hoops vertically at alternative timing) are spot on but it is at a lower quality than the other acts. The show itself lacks the rough and ready feel of many cabaret and circus shows. There is danger here, but no grit; spectacle, but no sex; and daring, but no controversy. Kooza is an excellent show that has been polished, carefully worked out and planned to the last detail in both a good and a bad way.