TIC Recommends: Eight Halloween Shows To Get Your Fangs Into 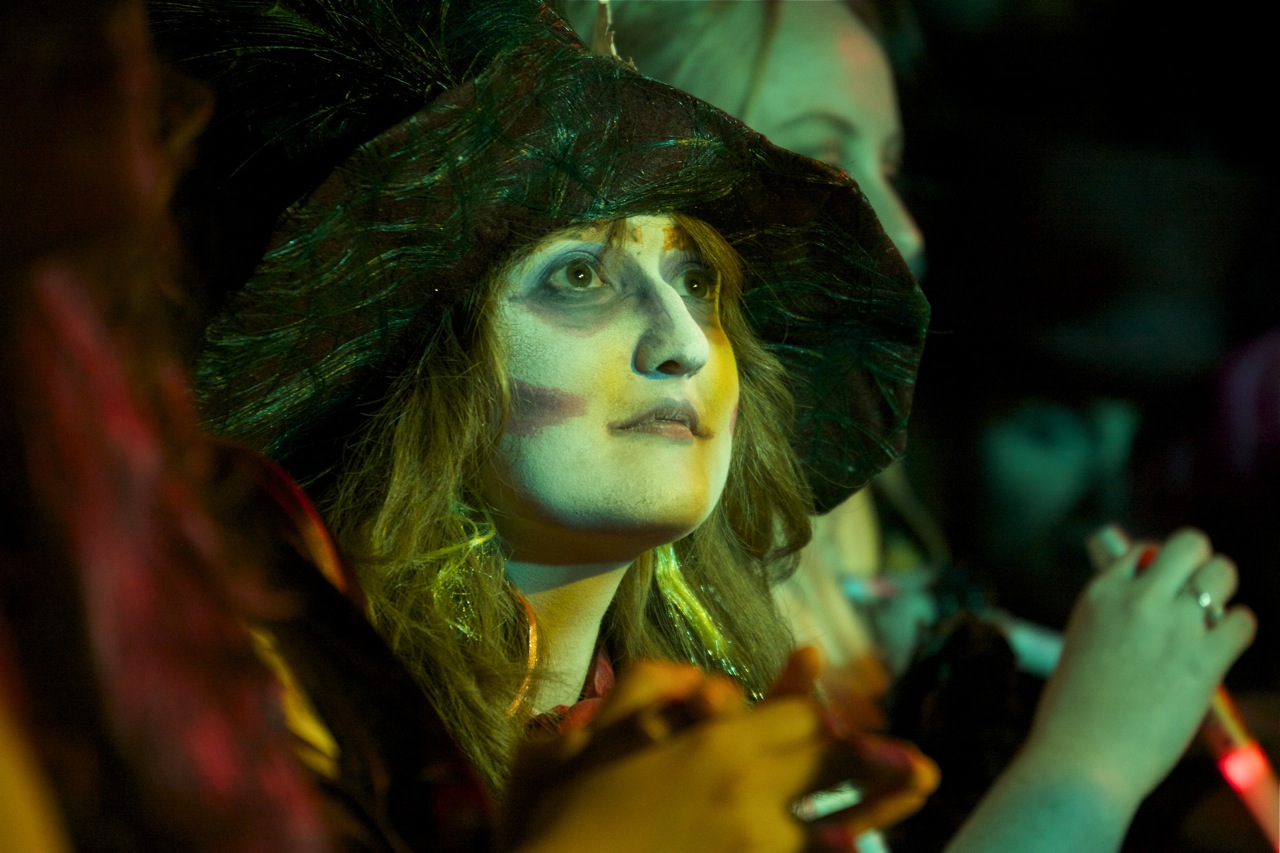 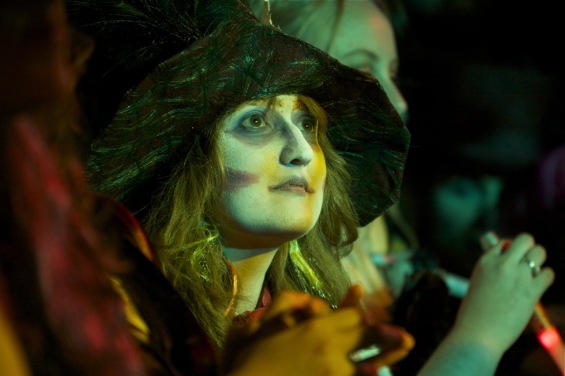 It’s the season of the witch. And the werewolf. And the vampire. And… Image: Lisa Thomson

Halloween has joined Christmas as being less a single day and more an entire season. Let’s face it: for those of us who like to dress up, like to be scared, like to explore the darker corners of London and our souls or just like to party as if the very apocalypse is scheduled for the morrow, Halloween is our own black Christmas.

Editor’s note: “I don’t get scared by the idea of ghouls or witches or werewolves. I do get very scared by the idea that one or more of my friends and family will one day get cancer and maybe die from it. If that scares you too, I ask you to consider buying a special charity calendar put together by one of the fine folk behind the Double R Club, producer Rose Thorne. The calendar’s exclusive and cheeky nude photographs of many of the finest performers around have been shot by the excellent Sin Bozkurt. Funds from it will benefit two cancer charities. The calendars cost £15 each and can be pre-ordered at www.allnudecabcal.bigcartel.com. – Franco”

As Halloween parties go, this one has it all. And more. White Mischief have become renowned for their extravagant events which take over entire venues and then cram them from fore to aft with talented performers and more than a few interactive surprises. They return this Saturday to the Scala with another mouthwatering bill. Host Professor Elemental will be fronting a crack squad of international circus and cabaret talent featuring aerial action from Empress Stah. Alexandra Hofgartner and Jo Foley, award-winning flaming hoop from Anna The Hulagan and unicycling boylesquer Adriano Fettucini. Look out for African dance and acrobatics from Isaac Blankson, Johann Lipowicz (aka David Armand) will be doing his cheeky interpretative dancing and Rod Laver will be juggling ping pongs using only his mouth. There are DJs and other treats dotted around the venue across the floors and stairwells.

The outfits might be a bit DIY but never less than fabulous. Check out the get-ups in 2010’s Haunted Ballroom, 2011’s Ghost In The Machine, 2012’s Phantasmagoria and 2013’s Births, Marriages and Deaths. Dress-up is not compulsory but is strongly encouraged. Fit in with the theme by taking inspiration from famous phantoms, dead celebs, legendary horror characters and whatever silver screen insanity comes to mind. We’ve already given away two VIP tickets but there are more at their online box office available for purchase.

Ever wanted a peak inside London’s most notorious den of iniquity? The Daily Mail have called it “Britain’s Seediest Club” and its particular brand of theatrical cabaret is amongst the very best in town.Resident act Rose Wood is one of the finest cabaret performers in the world and featured in recent documentary Exposed.

Normally trying to get in requires thousands of pounds for a table and a long, cold wait in a none-too-salubrious section of Soho. Thankfully, lunchtime ravers Bacanal are taking over The Box for their Halloween Brunch. They offer a classy slant on adapted cabaret with an ever-changing bill revolving around food, circus, burlesque and hours of hardcore raving with live accompanists.  Costumes are compulsory and, as it starts around midday and ends in the early evening, you have plenty of time for nocturnal frolics elsewhere should the mood take you.

Fetish club Torture Garden and vintage foodies Bourne & Hollingworth make for curious bedfellows. Who goes on top? Who sleeps in the wet spot? And who makes breakfast in the morning? Who cares when their joint parties are so much fun?

Their latest takeover of the underground Bloomsbury Ballroom sees another fine mix of extreme circus and floor-filling dance numbers. Up on stage is Reuben Kaye (he’s still so hot right now) alongside aerial/fire performer Yusura and La Soiree aerialist Katherine Arnold. Elsewhere, poledancer Chiqui Love will be defying gravity in her own way while Missy Macabre and Jojo Bones will be your freakshow fiends for the night. If you missed out on our competition, there are still some tickets available online.

Roll out the barrel and prepare for a singalong around a piano, a George Formby tribute and a formidable drag queen (Ruby Venezuela).

This Sunday afternoon, Mister Meredith will be tickling the ivories while his cohort the Divine Miss Em will be on hand to trill like a songbird. Get in the vintage mood by dressing up or recalling the war (any will do) while sampling a cucumber sandwich. If this isn’t the perfect post-party pick-me-up, we’ll eat your trilby.

The George Tavern, London E1 01A. Vintage Bunker on Facebook. Pay what you want.

As well as invited speakers Jacky Donovan, Daniel Richards, Nairobi Thompson, Jay Walker and Randolph Hott (from Boylexe), there are open mic slots for those brave souls wanting to get some filthy thoughts off their mind.  As Sarezale says, “flesh exposure is always encouraged on and off the stage – as bare as you dare!”

Veteran crooner Peter Straker is in town with his Edinburgh Fringe show and, thankfully, there is no costume required for this slice of songbook cabaret.

Black Magic is the new show from the man with a fascinating history. In one of his first stage roles, he stripped naked in 1960s musical Hair before becoming a close of friend of Freddy Mercury and launching his own solo career. His poignant homage to louche flaneur Jacques Brel has been critically-acclaimed and his latest outing sees him sing numbers by The Rolling Stones, Queen, Randy Newman and from his own albums.

Are you shivering in anticipation or is it just the cold autumn night? Are you ready to do the Time Warp while dressed as a Sweet Transvestite? Let’s find out.

The immersive experience known as Carousel is more like a carnival of the senses as they fill their nights to the brim with unearthly delights. As you may have guessed, this year’s Halloween theme is The Rocky Horror Picture Show. Leading the line-up as Frank-n-Furter is singer/compere extraordinaire Reuben Kaye (he’s still so hot right now).

Across two nights, Chivaree Circus will be pumping in plenty of big top action with Delia Ceruti as Janet and Guilluame Blais as Rocky providing aerial artistry, Andromeda Circus (Eddie) and Dirty Face Dolly (Magenta) will be getting hot and heavy with some fire action. Those people who like their eyebrows as they are should stand well back but keep those eyes peeled for Ginger Cupcake’s burlesque turn as Columbia.

The Intrepid Fox, London WC2H 8LN. The Royal Tease On Facebook. £10 in advance.

Have we missed any corkers? Drop us a line at info@thisiscabaret.com to let us know.