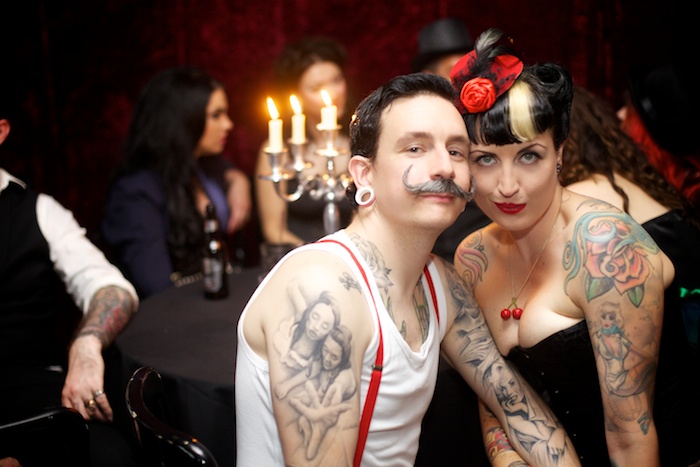 Fetish club Torture Garden and vintage foodies Bourne & Hollingworth make for curious bedfellows. Who goes on top? Who sleeps in the wet spot? And who makes breakfast in the morning? 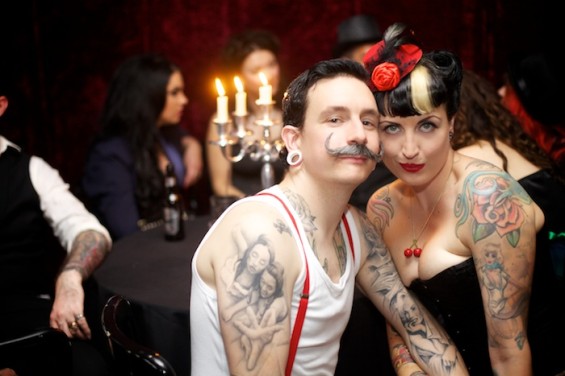 Vintage met fetish in the subterranean playground that is the Bloomsbury Ballroom.

The union of two giants of the party scene has produced a curious offspring. Torture Garden and Bourne & Hollingworth’s Belle Epoque Dark Circus is, at first glance, a concept that is not a million miles from Downtown Abbey meets Fifty Shades Of Grey. Dapper couples cast everything from inquisitive glances to outright stares as they survey the fab freaks arrayed around them. Whatever their affiliation, these Capulets and Montagues are witness to an excellent bill of cabaret including two of the very finest routines seen in the capital.

Much of the event seems creatively driven by the award-winning David Wood and his brothers, sisters and in-betweeners that joyously go out of their way to subvert societal norms, Norms and Normas. As with the last Dark Circus, Wood himself is behind the decks alongside goth chanson Joe Black pumping out a blend of remixes, oldies and, er, the Divine Comedy’s National Express.

Before the show proper, the crowd are literally warmed up by some sideshow delights. Aerial contortions from Jackie Le catch the eye as she twists and turns inside a hoop like an airborne snake. Missy Macabre may have been confined to a cage but her appeal shows no bounds as she graduates from some rather perfunctory fire eating to hammering a nail into her skull and jumping around on a pile of broken glass. Elsewhere, Chiqui Love cavorts freely on an X Pole stage with skill and confidence. 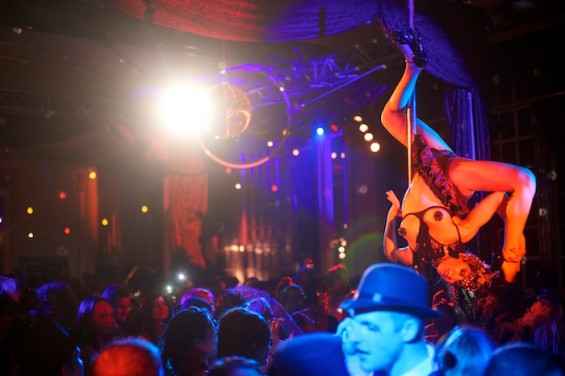 Macabre’s themes of fire, self-mutilation and metal penetration all also feature in the two sets by the globetrotting sensation that is Chrisalys. Both his appearances are firmly of the theatrical cabaret tradition with a perverse plot filled with subtext driving the increasingly bizarre routines. Beginning by tearing the head off a teddy bear then stapling balloon leads into his arm, his first act Dolly Mixtures is the children’s birthday party every therapist dreams of. He returns later as the final act of the night to unleash his classic Pig From Hell, an epicurean episode of epic proportions with porcine themes incorporating fire breathing, a butt plug and .

Rather less provocative but just as ingenious is Laurie Hagen and her reverse striptease. Seen at the highest profile burlesque event in the world earlier this year, this routine garnered Hagen the award for the most innovative routine. A favourite at Black Cat Cabaret (where it had been performed the night before) and the Soho Burlesque Club, Hagen took to the Dark Circus stage to perform her impossibly sexy number for possibly the last time in London before she jumps ship for a new role in Las Vegas.

Dark Circus is a strange brew, for sure, and not one to be quaffed casually. The dress code is generally adhered to but, despite the obvious sartorial chasms between the two tribes, there is an undeniable visual attraction in this alloy. If watching gentlemen possessing more in the way of tattoos than sobriety as they lindyhop around the dancefloor doesn’t fill you with voyeuristic glee, check your pulse. If hearing prim and properly dressed ladies squeal and gasp with guilty pleasure as Chrisalys reveals a chain of sausages from his trousers doesn’t restore your faith in cabaret, its time to get your kicks elsewhere.

Image credit: Sin Bozkurt. More pictures from the event can be seen here. With thanks to Sasha Kavaleva for technical advice.