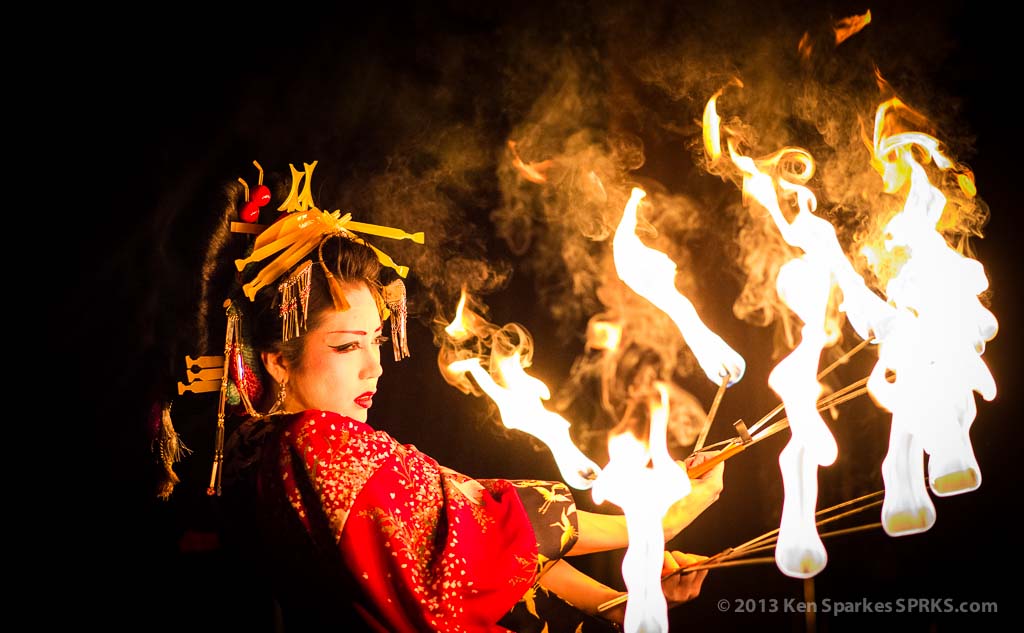 Held at the Bloomsbury Ballroom, Dark Circus harnesses the diverse strengths of Bourne & Hollingsworth and fetish club Torture Garden for one big explosion of music, burlesque and absinthe cocktails. See below for our thoughts and some stunning pictures from the inaugural outing. 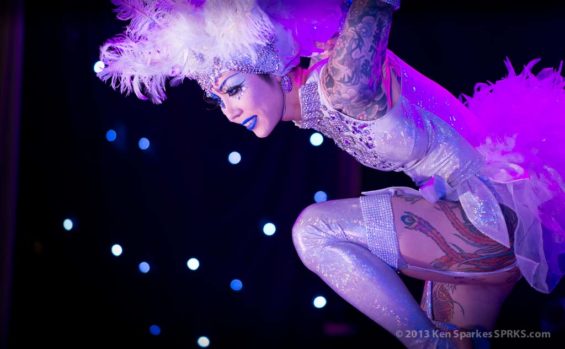 The collaboration between the two heavyweights saw cult caterers Bourne & Hollingsworth bring their Belle Epoque concept to the party while fetish club Torture Garden, in turn, brought their eager followers sporting a mix of top hats, corsetry and heavy doses of mascara…and that was just casual dress.

Ringmaster Benjamin Louche could well have been teleported from 1890s Paris, his face lit by the stark lighting which imposed his dramatically sculptured features on those at the back. His pithy repartee was lapped up and held together a set of remarkable talents covering circus, music and performance art.

Perhaps Contraption are an avant-garde pop marching band who appeared here for a rare club performance. Seen before at a White Mischief steampunk extravaganza, their sense of the bizarre and unknown helped contributed to their sonic experiments in mind-twisting melodies bordering on the cacophonic. In contrast, Marnie Scarlet’s powerful yet playful latex costume drama saw her create a surreal version of the birds and the bees.

The acrobatics were sumptuous. One of Japan’s hottest properties, the Cirque Du Soleil performer Yusura found a space all of her own as the tattooed aerialist on a heady, apocalyptic rampage of freedom, both inspiring and beguiling the audience to crave for more delicacies to break their comfort zones.

Slip then into something more low key, or so it seems, with sword-swallowing burlesque performer Beautiful Jewels. At first, she appeared like a dainty flower in this apparent den of inequity before turning in a tour de force display of sword-swallowing surrealism that established firmly that not everything was as it seemed at this giddy celebration of illusionism.

Bloomsbury Ballroom, located beneath Westminster, had been pushed to an underground lair with open dance cages with punters in latex clad gimp costumes or tops and tails flitting in and out when not occupied by the filth-monkeys of Late Night Shop Cabaret. Holding down the beats and tunes on the ones and twos were able DJs Joe Black and Torture Garden founder David Wood.

The audience were certainly a mixed bunch. Coked up city types shoved politely queuing people out of the way on the rampage for the bar and its expensive cocktails, fired by a sense of entitlement and no doubt a few cheeky lines off their Gucci pocket mirror.

But, then again, this is a near authentic taste of what it might be like to be part of the decadent set of the 1890s era, thrown in with some cyber-punk erotica to spice things up. This kaleidoscope of costumes and cabaret never truly ignited but could very well be the slow burner to watch out for.