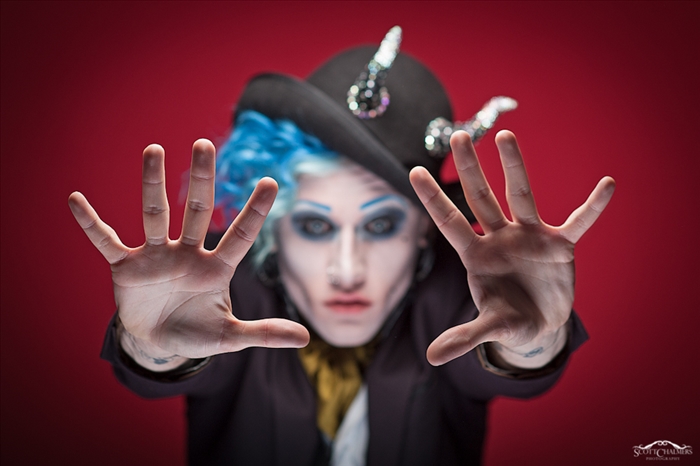 With his latest album Joe Black invites us on a gruesomely chilling trip to the underworld. 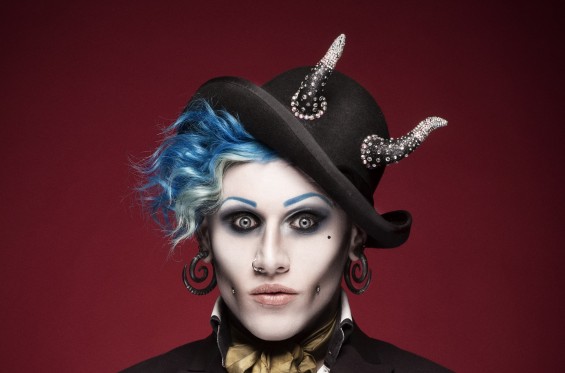 With his latest album Joe Black invites us on a gruesomely chilling trip to the underworld.

With friends like Marcella Puppini, Aurelio Voltaire and Tiger Lillies’ Adrian Stout guesting on Joe Black’s Satan in a Sunday Hat, it’s no surprise to discover that this latest collection is, for the most part, a dark circus-style, piano-thumping raucous vaudeville sing-along.

The early tracks quickly set the scene. The underworld’s radio station, Radio 666, is hosting the first cabaret show that’s been held in the “fiery pits of the underworld” and Black is presiding over this ghoulish event with his performance of Satan. Punctuated by manic laughter, screams, shrieks and wails, the album is a typically gothic offering from this seasoned cabaret performer. It’s hard, when listening, not to imagine the piano player wearing stained fingerless gloves, a tattered top hat and greasy, torn tails whilst shrilling and growling through this repertoire.

Black’s voice swings from tuneful and strong to guttural rumbling, but his flamboyant theatrical style, which works well on stage, proves hard to recreate when recorded. His improvisational wit, essential to good live cabaret music, is in particular difficult to capture on a recording but elements do still remain throughout the album.

The operatic, pounding, piano-led How to Get Away With Murder describes very much what it says on the tin. If You Leave Me I’ll Kill You is reminiscent of Tom Lehrer’s Masochism Tango in that it describes, in detail and to a soundtrack of jovial music hall piano, what will happen to various body parts of a departing lover. Meanwhile, penultimate number The Hymn of the Hopeful Damned gets it spot on with a mournful chorus backed by a lugubrious organ. Black again mixes the gloomy and the optimistic with the choir sadly singing that the “party should begin”, which is brilliantly ridiculous. 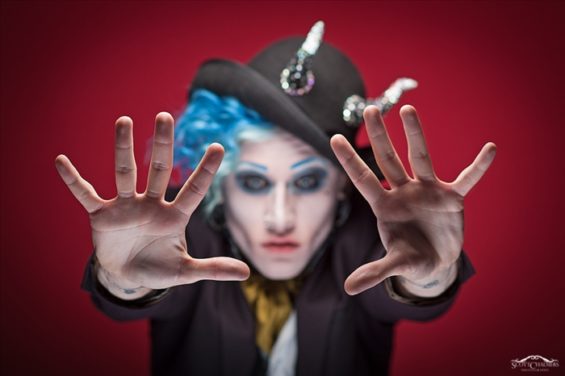 Satan In A Sunday Hat is a dark circus-style, piano-thumping raucous vaudeville sing-along.

Covers can be dangerous. The artist runs the risk of the listener comparing the track to the original and the covers on this album are a mixed bag. Black’s reprise of Tom Waits’s Dirt in the Ground offers a moment of sombre reflection but, despite the song being on-topic with its funeral vibes and overtones of death, the album concept has an acerbic, tongue-in-cheek style and this track doesn’t feel as though it quite fits in. Likewise his version of Dolly Parton classic Jolene shows off his voice well with a much slower, eerie pace but seems a tad incongruous here amongst much more morbid material.

You Are My Sunshine, however, takes a traditionally cheerful song and turns it into a wailing, Dickensian lament to a love that, it seems, won’t easily escape. This chilling, emotional and creepy version sounds like something the Phantom Of The Opera would sing to his love Christine. Equally, Black shows off what he’s good at with his take on the Dresden Dolls’s Missed Me. Ribbons’s sweet guest vocals are set-off perfectly by Black’s menacing growl, and, although this version takes few liberties with the original, the faster pace and performative element to the singing adds a welcome theatrical twist.

Black, true to his name, deals with cannibalism, death, murder and hatred but often juxtaposes these melancholy topics with circus-style music, a chorus of singers, gypsy-style musical interludes and the occasional chirpy radio presenter. It’s clear that he has worked with, and been influenced by, the Tiger Lillies, which is certainly no bad thing: it is the maniacal elements to this album that makes it listenable and enjoyable. The conceptual elements do get lost a little in the choice of songs and Black could expand on the gruesomeness and horror that he promises in early track Warning even more, but overall this is a witty collection of rollicking, rousing and disturbing songs that need to be enjoyed in a sordid, sweaty cabaret club with a cold (depending on how dead she is) Bloody Mary.

Want to know more about Joe Black? His official website is over here and he can be seen performing in London at Club AntiChrist on 26 April.