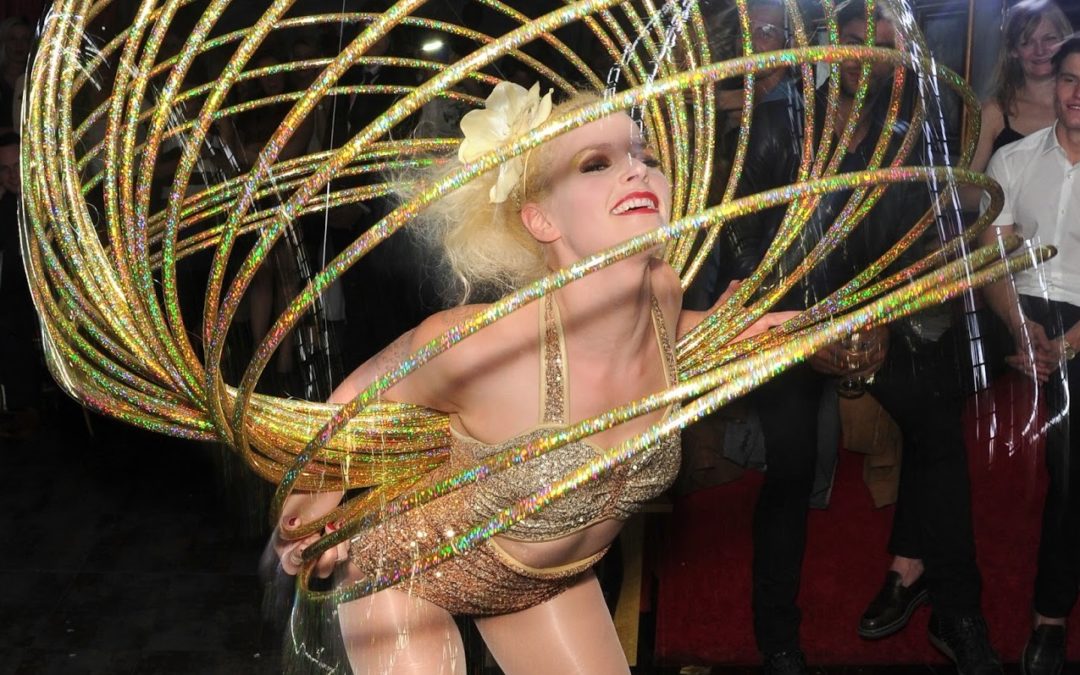 A classic case of casting pearl before swine, Baroque Cabaret has its high points but sinks in a morass of apathy and messy pacing. 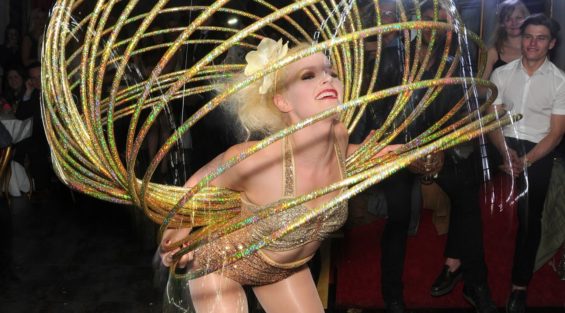 A truly decadent affair, The Playboy Club’s Baroque Cabaret allows its high roller members to let their hair down and relax with fine booze and some of the best acts in town.

After an impressive start in which waiters fill and distribute a six-tier tower of champagne glasses and the excellent Matt Hennem appears for a spot of contact juggling, the entertainment swings into gear when charismatic hostess Polly Rae ascends the stage and engages the audience with song and banter. Well, some of the audience.

The Playboy Club’s awkward internal geography does lend itself as a performance space. Although Rae has a masterful grasp of microphone technique, neither the seating nor the standing arrangements make it easy for her to connect with the audience. To her credit, Rae tries to overcome this with forays into the audience throughout the evening but to little general effect. This is a shame as the Baroque Cabaret’s bill is of a very high calibre.

Joining her on stage was Beautiful Jewels, a sublime sword swallower who manages to maintain a magnetic stage presence despite naturally not being able to keep eye contact during much of an act which sees her down a sword, a thorny rose and a bent metal clothes hanger.

The layout of the venue does the show no favours but the hazing pace show does not help either. A number of short singing or circus spots are separated by large intervals filled mostly by live jazz from regular in-house band Greg Foat Group. Now, we have nothing against that genre — no doubt many thirty-somethings were conceived to a soundtrack of jazz noodlings, maybe after a night watching Van Der Valk and On The Buses — but the proportion of music to cabaret is lopsided and and devalues the impact of some of the best parts of the show.

The choice to use the flooring in front of the stage as a performance space is, like Debrincat’s weapon of choice, a double-edged sword. True, having the action happen inches away from the punters brings the circus routines to the audience in a dramatic and imposing way and, though they are namechecked after their routine, very few of the floor acts are pre-announced by the MC which could lead to some confusion over who is who (Kitty Bang Bang did not perform on the night as far as we know). The only introduction afforded those performers get is by way of a change in music so those not listening carefully and/or looking in the right direction (which, given the noise levels, level of general apathy and crowd density, is a fair number) entirely miss the superb skills of Lisa Lottie or fan dancers The Baroque Kittens.

The scant attention paid by the Playboy Club punters does not necessarily mean that high rollers and cabaret don’t mix. The success of a new breed of brunchclubs like Bacanal show that moneyed folk will happily enjoy music, circus and burlesque in salubrious environments like the Sanderson Hotel, Kensington Roof Gardens and Mayfair’s Il Bottacio. Although Baroque Cabaret has been going for around 11 weeks, there is still some space for improvement here.

Correction: the original review stated that Top Shelf Jazz played this night. Instead, it was the Greg Foat Group. We apologise for the error.