Review: Miss Polly Rae Invites Us Between the Sheets. 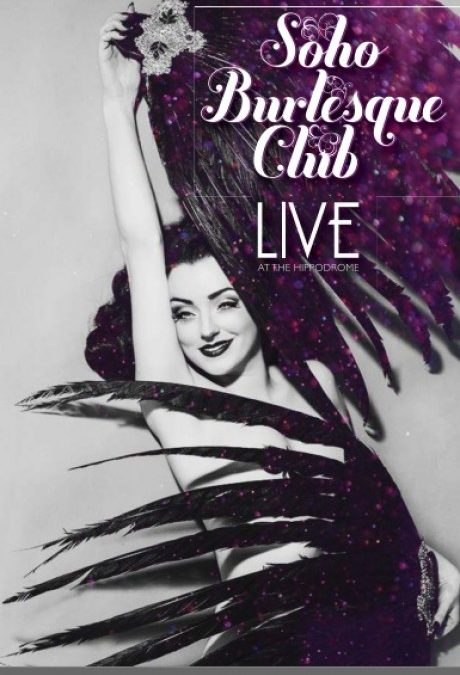 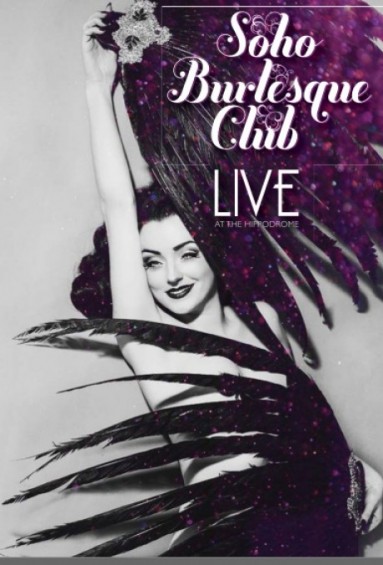 Miss Polly Rae is used to being a front-woman. With a West End Theatre run of The Hurly Burly Show firmly under her belt, she knows how to bring together a show involving several of the biggest names in London’s burlesque scene. Her governing strength – her unique sexy point, if you will – is pure, affable Britishness. She opens the evening’s collection of performances, entitled Between the Sheets, with her rendition of Justin Timberlake’s Sexy Back. We know from her wry smile and the glint in her eye though, that it’s something of an experiment. As soon as she (competently and demurely) finishes her song, Polly becomes our lovely lady next door again, the one who talks to window cleaners about burlesque. Later, she’ll come over all self-conscious during her striptease, to the point that you think she may not actually come out from behind those feathers…but, seeing as you’re all cheering, she just might. Calling her fellow performers ‘babe’ onstage with sincerity and friendship, she belly-laughs when a female audience-member answers her question “What do you like in the bedroom, madam?” with “Er…fitted wardrobes?”

Miss Betsy Rose, our first act, emerges clad in a World War II British Officer’s uniform. She has an enviable, polished visage; the perfect arc of her profile ending in a full red pout just visible beneath the brim of her cap. Her dynamic choreography borrows heavily from the signature salute used in God Save our Bareskin, the iconic opening number of all Crazy Horse productions since the mid-80s.

Phil Antony, a refreshingly sweet boylesquer, gives us the giggles with a well-timed act involving a Skype video-call. He dances for a barking, Russian lady-caller, gyrating himself to distraction at her command before an all-too-soon flurry of excitement as he reaches his, um, own conclusion.

The jewel of the evening was Vegas Burlesque Hall of Fame Winner Laurie Hagen, who co-created the show. It’s worth heading to the Soho Burlesque Club just to see her award-winning reverse striptease, if nothing else. To say she puts her clothes on is to do her work an injustice. It’s reminiscent of childhood days spent rewinding Dirty Dancing to learn how Penny moved so incredibly gracefully. Here you watch that rewind in all its staccato, all its intricate mannerism. If only it were possible to see this played forward as well.

Lovers of a technician will also award high marks to Madame Devoila’s solo. She has a split, she has a 180 degree penché. She can remove one stocking with the strength of her toes and pull the other off over her head whilst her instep gently grazes her forehead. And she doesn’t even seem to be trying.

And so to Kitty Bang Bang. When this lady bumps it, she bumps it with a trumpet. Or with “cocaine”-filled balloons and flame-throwers. She’s a delightful liability, chasing the tendrils of her headdress round in circles like a lost kitten, stealing drinks from the audience and refusing to leave the stage without first sweeping up any leftover naughty white powder to take with her. Her Welcome to the Jungle fire-swallowing routine sees her making Catherine wheels in absolutely unexpected ways.

The choreographed ensemble numbers let the whole thing down. If advertising clichés, comedy bickering and light-up underwear is your thing, you’ll get a kick out of it, but there’s nothing new in them.

Edd Muir’s Chinese Pole act is also based on a popular TV advert, but in this context it’s fine as he demonstrates some genuine strength-skills. One of few polers who can perform push-ups in a flag, and a solid shoulder mount he can maintain for several repetitions, here’s a man with a strong core. And he pours Diet Coke down it.

Some content really just didn’t appeal,  such as a performance of the song Fever, which was sung as ‘Beaver’ and accompanied with soft-toys, an audience volunteer and other props used to hammer the point home. It didn’t offend, it just wasn’t funny. But let’s be clear; there was still plenty to enjoy between the sheets in Miss Polly Rae’s boudoir.