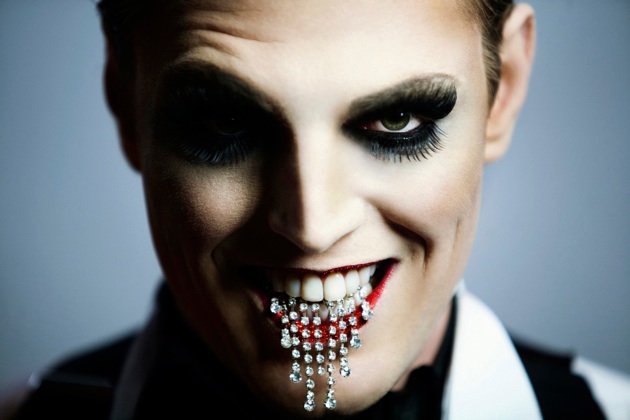 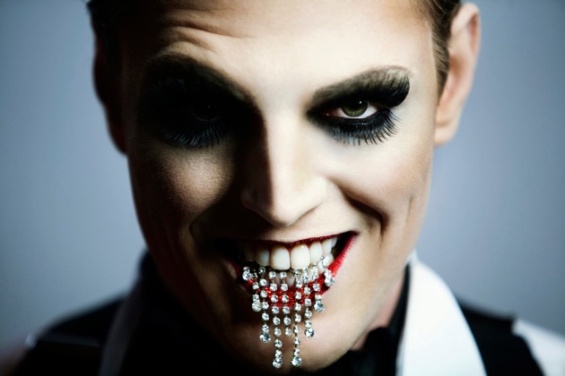 It’s all change at the Cafe de Paris as its Friday nights get a new resident production. Previous shows in that slot have gone down a storm: La Reve was an utter dream, we lapped up Black Cat Cabaret and signed up to the London Cabaret Society at first glance. The latter has now ended its run and in its place is the ambitious Cabaret des Distractions, a show which producer Reuben Kaye says is quite unlike any previous show in this iconic venue 90-year history. No pressure.

The cast is to die for with the Australian compere and singer Kaye leading a line-up featuring Chrisalys, Anna The Hulagan, Bettsie Bon Bon and Sammy Dineen. To explain a little bit more about what people can expect I spoke to the main man himself but, before he gets going, here he is with what he calls his country’s “alternate anthem”. I’ve watched this a number of times and it still sends shivers down my spine on every occasion.

How would you summarise your contribution to Cabaret des Distractions?

Well I’ve done that subtle, humble thing of producing, creating, writing, scoring, casting and directing a show that I then perform in as well. Call me the Barbra Streisand of cabaret.

Although I am a compere in this show it’s not really the right word. I play Hades, the central character who breaks the fourth wall and brings the audience on the journey. but he himself has his own arc and storyline. If anyone is reading this who has met me then I’m sure the idea of me portraying depth of any kind is raising an eyebrow but who cares about them! I’m the Barbra Streisand of cabaret! Please note that I may be having a Yentl Breakdown.

You’ve dipped your toes into the world of production before. What’s different now?

I produced a variety night called Reuben Kaye’s Paper Cabaret at Wilton’s Music Hall a few years ago with stars of London’s variety scene like Laurie Hagen and EastEnd Cabaret. But in terms of the scale of show that this is, and what Cafe have allowed me to do, this is definitely the biggest show I’ve produced.

So, as I understand it, the framework of Cabaret Des Distractions‘ story is a mashup of Greek myths. What was so appealing about those stories?

They’re so epic in nature, real fables known all over yet incredibly episodic. The gist is that Hades, Lord of the Underworld takes two lovers from Earth and casts them into his labyrinth where they face all the trials of hell from Anna The Hulagan as a tempting Circe, to Sammy Dineen as Icarus. It’s a fast-paced, dark, sexy story but, with me as the lynchpin, there’s plenty of hilarity and sparkles. It’s Dante’s Inferno via Liberace!

What’s with the big idea? Why the grand concept behind the show?

Concept…that’s a dangerous word in theatre. The puzzle to solve was how do you best use the talents of Europe’s variety performers to tell a narrative. And when you have such glorious performers you have to make sure the story doesn’t strangle their own particular skill and let their skill tell the story. It’s all about balance. It’s Zen and the art of motorcycle maintenance. And rhinestones.

What attracted you to this venue in particular?

Cafe De Paris is a piece of history. All the greats have performed there, Noel Coward, Judy Garland and Marlene Dietrich just to name a few! So to be on stage there gives you a remarkable sense of history for what we do as cabaret artists. We are all part of a long line of incredible artists. I’ve performed there many times. It’s one of the biggest regular show venues in London. It’s like a drunken aunt you love to have at parties, she’s loud, beautiful, and soaked in history…And booze.

Do you have regular performers lined up or will there be a revolving ensemble each week?

Because the show is narrative based and fully scored the line-up is set in stone. We have a cast. And what a cast! Tom Gravett of Cafe De Paris wrote down a list of who we loved in Europe and we basically agreed straight off the bat who we wanted. So the show was created around their specialities. The characters, running order, look of the show was all down to which performers we had on our list. And because of the calibre of the performers, we didn’t know if they would be available let alone interested! However, every single one of them, upon hearing the concept of the show said yes immediately. It was really a staggering leap of faith by all of them.

How does this show differ from its predecessors at the venue?

The show is mammoth in scale, fifteen performers, costumes designed specifically for this show, a musical score with original songs to create the world of the show. An ensemble cast that went through a rehearsal period. Cafe have never really had a fully theatrical, narrative based show before. So it’s a new beast for them to tackle. On a technical level the show is exponentially more complex than other variety shows. Where most shows at Cafe may have twenty lighting cues per show, the opening number of this show has twenty-three lighting cues. And all in two minutes!

Cabaret des Distractions will be happening at the Cafe de Paris every Friday. Tickets are from £15 and include complimentary entrance to the nightclub until 3am. For more information, have a gander at the venue’s website.