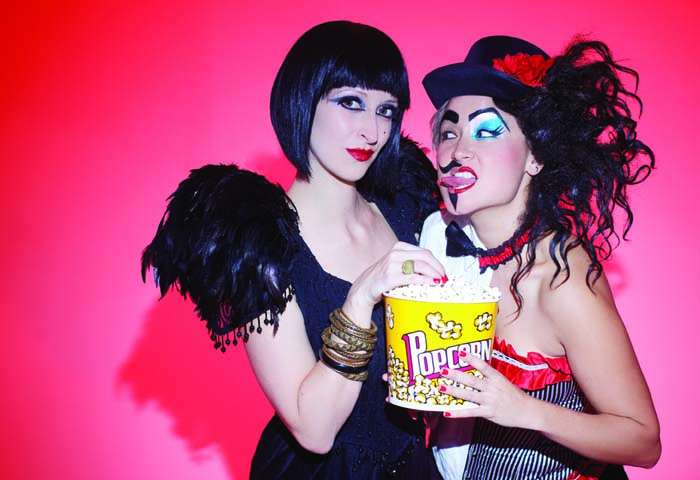 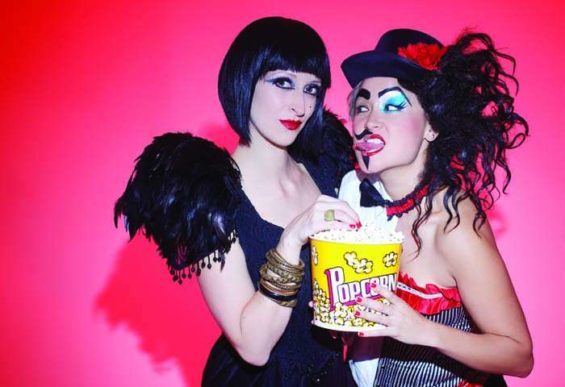 Is this the most deviant duo on the planet?

I love EastEnd Cabaret with the kind of swooning passion I usually reserve for incredibly good sushi or attractive androgynous people in eyeliner. Fortunately, that seems to be pretty much the kind of appreciation they’re going for, and their new show Sexual Tension offers ample reason to provide it.

Anyone who’s seen their recent outings might recognise a couple of numbers here, but there’s plenty of new material, and classics like 1980s Celebrity Sex Orgy On Mars are given a fresh twist with the addition of a futuristic miniature sex robot coda. New – or at least new to me – songs stay true to the pair’s filthy and fantastical type, covering such enlightening topics as the importance of vegetarianism when getting freaky with food, the attachments necessary for said futuristic sex robot  and the murderous implosion of Victy’s long-held passion for Bernie. As always, the subversive banter between Bernie and Victy, constantly undercutting and dramatising one another whilst simultaneously building a riotous and infinitely plausible gin-soaked fantasy life, is as much fun as the songs themselves. Anyone who’s been harbouring unacceptable speculations about what’s under Victy’s shirt/corset– Sexual Tension is your chance to find out. The show goes there, and many other places besides.

Musically, too, EastEnd Cabaret give good decibel for your dime. Bernadette’s soaring melodrama contrasts nicely with Victy’s lower, drier, no less tuneful tones, and the latter manages to summon unexpected emotional range from a keyboard. Their lyrics are sharp, self-referential, silly, shot through with repartee, cultural commentary, and surrealist sexual imagery. The concept of Bowie on Bowie on Bernie is certainly one that’ll stick around for a while. For all its filth and fury, Sexual Tension is actually a hugely welcoming show, whose performers are sending up one another as much as the roles they adopt, and as a consequence they attract great, gorgeous and game audiences and produce a fantastically friendly atmosphere.