What Ho! Professor Elemental Raps To Us About His New Album 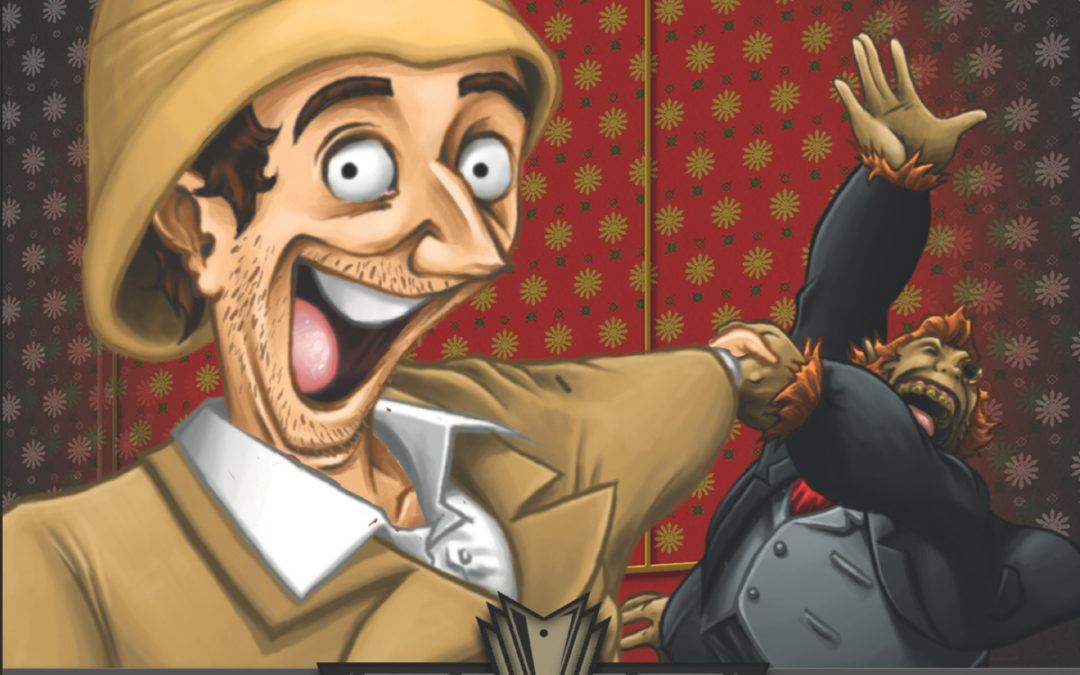 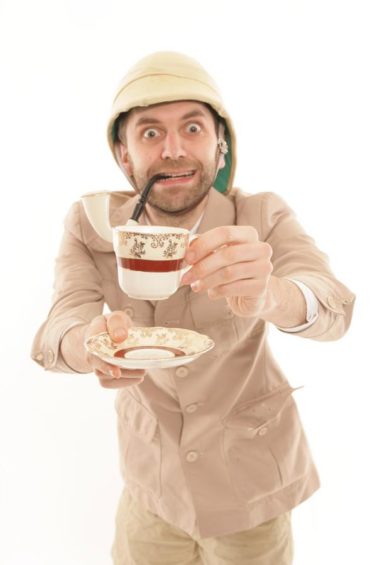 The Prof and Obligatory Brew.

Our “track-by-track” artist breakdowns of current albums have been a popular addition to This Is Cabaret in the past. Marcus Reeves was kind enough to talk about his debut, Quicksilver – The Masquerade Macabre, Die Roten Punkte dispelled few mysteries when they enlightened us on their Kunst Rock album, and suave Frenchman Marcel Lucont deigned to furnish us with an exclusif behind-the-scenes take on Vive Lucont. Today it’s the turn of explorer hat doffing, self-titled “chap-hop” rapper Professor Elemental.

Professor Elemental is an award-laden hip-hop artist, accomplished host and a steampunk flavoured mad Professor of the most British variety. You may know Professor Elemental from Glastonbury Festival, White Mischief or any number of shows he has compered or performed in. You may know him from his online rivalry with Mr B The Gentleman Rhymer. You may know him as the winner of the Best Musical Act at the Brighton Fringe 2011 or the Best Solo Musician and Best Personality awards at the Steampunk Chronicle Readers Choice Awards 2014. Then again,  it’s entirely possible you just know him as the slightly eccentric bloke sitting in a Brighton teashop with a hot pot of English Breakfast and a few buttered scones.

What you might not know is that his new album The Giddy Limit is out now. The long player is a combination of received pronunciation polemic including some well-chosen words at targets such as Prime Minister David Cameron (and, by extension, his lackspittle Michael Gove too), all wrapped in stiff upper-lipped observations with funky backing tracks and the occasional guest vocalist. It’s quintessentially English and very funny.

The Giddy Limit is the follow-up to Father of Invention and features ten brand new tracks and a bonus remix. So, Professor, do tell us the secrets behind this spiffing new album.

Ages ago I wrote a song called Everyone is Terrified where I play a doctor trying to explain to an anxious patient that no one really knows what they are doing. However, despite numerous recordings it never quite worked. This is a much tidier version of that message, with a lovely Tom Caruana beat. We were lucky enough to make a nice video for it at the Wild West Con in Arizona too. I’ve always felt that no-one is as confident as they appear and most people have a slightly odd side (often kept hidden away). Once you realise that, the world becomes a less daunting place.

I love the modern world of social networks and endless communication; used properly and proportionately, it’s a delightful playground. Inevitably there are always playground bullies and it’s next to impossible to deal with them on the net. If you attack them back, they get worse. If you try reasoned argument, they get worse. In fact, the best possible thing is to utterly ignore them and they dry up like muddy puddles on a sunny day. Either that or offer them a cuddle.

We got totally lucky with this one, Sound Assembly are an electro-swing outfit that I have played with and they put together this remix without ever hearing the original track. I love the original Hat Full of Sunshine and Sally Bloomer, the lead singer, put a super fun spin on it.

I recommend everyone stop reading this for a moment, and type “Otto and Victoria” into a search engine. The delightful lady and the octopus are creations of Brian Kesinger, a brilliant artist who has worked on Frozen, Atlantis and the like. Not only that, but he is the world’s nicest man and a big steampunk fan. We decided to do a creative swap – he kindly did the cover to Issue 3 of the Professor comic and I made him a song about the Professor trying to woo Victoria by dressing Geoffrey up as an octopus. As always, Tom Caruana made it super special by adding a little Hoffnung sample of dialogue at the end, which wraps it all up in a big bow.

Tom has had this beat knocking around for ages and I have always wanted to drop some proper punchlines on it. This is a moment of pure hip-hop in amongst all the frivolity. I originally wrote a lot of it to “dis” another emcee, an American chap called Poplock Holmes. But, just like Mr B before him, we hung out at Gaslight Gathering in San Diego and had a ball together. I couldn’t even write a “dis” track for fun after that. He is excellent company and got me into all sorts of mischief. Chap-hop battles are so 2010.

This one was written to accompany a game called, naturally, Sir, You Are Being Hunted and it was again nice to try a different sort of beat for the prof. It doesn’t really show the prof in his best light, he drags the listener into a deadly world of robots, gets himself shot and then abandons them. Still, I always think of the Prof having, at least partly, Daffy Duck characteristics in an old Chuck Jones cartoon and this fits that idea nicely. There a super video for it by Moog which we filmed in the pouring rain and then treated ourselves to the world’s biggest cream tea afterwards.

This is a track from the Father of Invention sessions which we didn’t have space for on the original album. It’s just a plea for emcees to cheer up and do something different really. The UK is full of competent, well produced hip-hop that bores me to tears. It’s just punchlines and tales of estates, weed smoking and booze. It’s frustrating to me as hip-hop has such unlimited potential when it comes to exploring new topics, as emcees like Dizraeli and Jam Baxter frequently demonstrate.

A splendid idea that came from a mate of mine in Australia. I have tried to sum up the convention experience as best I can. There are so many now: anime, comics, steampunk and many more. I can’t recommend them highly enough. I imagine that non-nerds would still see the convention as a rather sad little party, but you only need to look at footage of something like Dragon Con to realise that a party at a decent con is like nothing else on earth! The music for this one is by Rob Crespo and we put it together while we were doing our delightful Everyday Is Saturday EP last year.

This is another track inspired by a game, Total War. It’s just a battle number really, but with me as the captain of some kind of galleon. That’s the joy of hip-hop, I can spend a song pretending that I would be a pirate captain, instead of some kind of ageing, seasick cabin boy like I would be in real life.

We end with another song from the Father of Invention sessions, my attempt at creating a new kind of dance which will inevitably sweep the nation as the biggest craze since Loom Bands or casual racism. Tom Caruana is all up on this one too, he is a nice emcee and should do it more. You can hear more of his rapping on his numerous albums, mostly free from his prolific website. It’s always nice to end the night with a dance.

It would be remiss of me not to mention Nick Maxwell’s mix on the second disc. He crafted it out of existing tracks, new things and a few odds and ends that we had sitting in the vaults. I am enormously proud to say that Nick has done the cuts on every single one of my songs, and every show that I do with him is made 80% better by his presence. He is Jeeves to my Wooster. Nick Maxwell: The Gentleman’s DJ.

Find out more from Professor Elemental and buy his album at http://www.professorelemental.com/