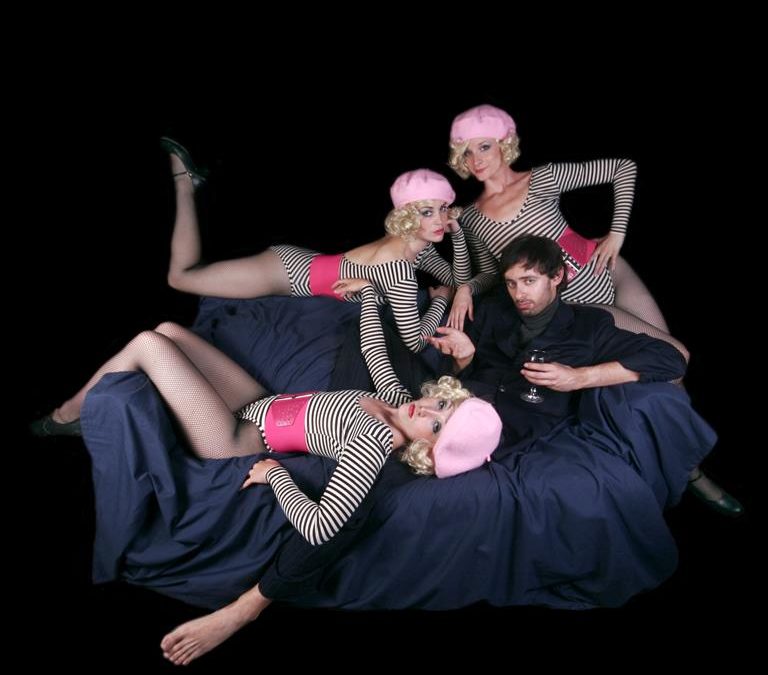 Last week saw the release of louche flâneur Marcel Lucont’s debut album, Vive Lucont. For lovers of a French accent delivering large dollops of Gallic wit, this news will be literally music to their ears.

Already well known on the stand up comedy circuit, 2013 will go down as the year cabaret took Marcel Lucont to their breasts like an over-excited maman.

The annual Alternative Eurovision contest has an unerring ability to showcase many of cabaret’s finest performers (2011 winners Rayguns Look Real Enough aside) yet it was Lucont this August who waltzed away as the winner with his cheeky rap number Merde Oui.

This summer, the flâneur turned entrepreneur, pimping himself out online for a number of special shows in Edinburgh and around the UK.

Below the self-acclaimed singer, poet, comedian and author of What We French Think of You British – and Where You are Going Wrong talks us through his debut longplayer Vive Lucont, track by track. Allons-y!

The opening song to my multi award-deserving show Gallic Symbol. I feel it is important to let an audience know where they stand right from the start, whether live or while in their own lounge, and I believe this spells that out as directly as possible.

This ode to teenage tennis court liaisons was premiered during my chat show, Marcel Lucont Etc. and soon became a favourite among a large number of Marcellites, becoming also my standard when performing with The Horne Section. Its supposed lyrical controversy is unfounded, as I, the protagonist in this true life tale, was also 15 at the time.

Penned during my first sojourn to England, this is in fact an accurate portrayal of most British towns at night during the weekend, where the brighter a building’s lights outside, the dimmer its occupants inside. As part of my internationally-renowned show Encore it was always a joy to sing this directly into the face of those it represented.

Another true tale, another Marcel classic. Many have insisted I reveal the hotel in question, but I owe it to those involved to maintain its secrecy, and also wish to avoid being denied repeat servings there…

And they say cabaret and the Catholic Church do not mix. I do believe this flamboyant melange of the two disproves such a theory. You would not believe how much persuasion the children’s choir required to be involved. I almost asked this song’s subject for advice, before deciding they were unlikely to give away such closely guarded secrets.

Paris has Disneyland, London has Buckingham Palace, both bewilderingly popular tourist attractions featuring creatures with oversized heads waddling around talking in nonsensical accents. And yet while occupants of the former can walk around without clothing on their lower half, it appears to be deemed shocking when an occupant of the latter is discovered without any upper clothing. This was my response to that 2012 “scandal.”

The rightful winner of 2013’s Alternative Eurovision, this is my seamless transition to the genre of hip-hop. For years I believed this to be a sub-genre, severely lacking in something. Of course, I soon realised what was missing from it was me.

The finale to my first UK show Sexual Metro, this is an uplifting nihilist anthem. Most albums would end here, on this paean to mortality, but you will notice mine does not. You may read into this what you will.

To begin the poetry section of the album, a reading of my ode to oversized British breasts, recorded at my very own Cabaret Fantastique show.

My poetic account of erectile dysfunction, or at least how I imagine it to be. Recorded at another world-class Cabaret Fantastique.

When guesting on Ali McGregor’s show, I felt it right to leave the calling card of my ode to sex in public lavatories, a trick which, like this album, will be played again and again to wondrous effect.

More information on Marcel Lucont, including where you can lay your hands on his album, can be garnered from his official website.