Video of the Week: Mr. B the Gentleman Rhymer’s Just Like A Chap 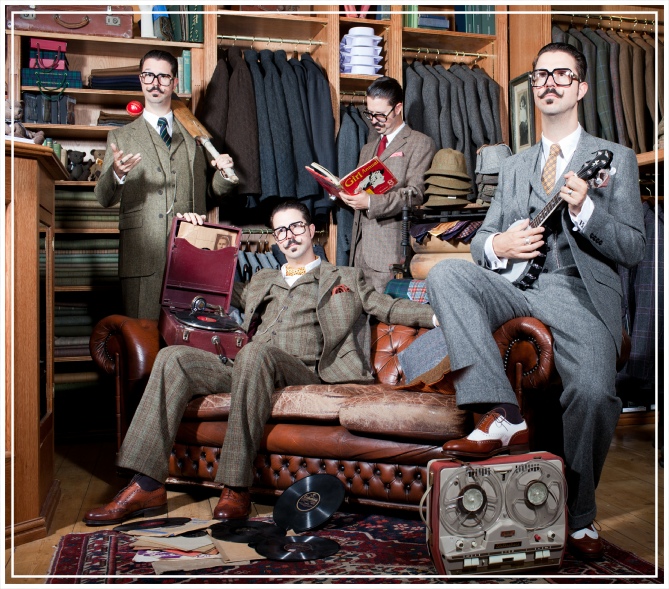 This Is Cabaret’s new weekly column goes behind the scenes of new and classic cabaret videos. In the first installment of the series, Franco casts the spotlight on the latest outing by chap hop pioneer Mr. B the Gentleman Rhymer.

Tip-top chap hop purveyor Mr. B the Gentleman Rhymer is no stranger to the small screen. His hit video Chap-Hop History has garnered about three-quarters of a million hits online. His legendary rivalry with fellow chap-hopper Professor Elemental has spilled over onto YouTube in the latter’s Fighting Trousers.

Mr. B’s latest video is a lyrical dissection and discussion of what it is to be a chap. It was devised by the vintage MC himself, under the direction of Rob Bradley (of the charmingly named Bradley Drawn Pictures).

Just Like A Chap was filmed last September in Soho, Brighton and Beachy Head. Those looking carefully can spot a multitude of famous cabaret faces alongside Mr. B’s, including fellow ukulele conspirator Desmond O’Connor, Mr. Bruce of electro duo The Correspondents and even Mr. B’s mortal enemy Professor Elemental. Also featured are Gustav Temple of The Chap magazine and the amiable coves of the The New Sheridan Club.

The moustachioed ukulelist’s agenda for the concept of Just Like a Chap was a simple one: “It was to show that we chaps and chapettes are many and we are strong.” Well said.

We won’t have to wait long for more small-screen action from Mr. B. as the video for his forthcoming Christmas single Oh Santa is already in the works. If you’re looking for some vintage fun sooner than that, The Chap will be holding its annual Grand Anarcho-Dandyist Ball tomorrow at the Bloomsbury Ballroom, featuring ragtime sextet Albert Ball’s Flying Aces and white-tied tightrope walker Kwabana Lindsay.